Businesses hoping to harmonise and streamline their operations often look into adopting an Enterprise Resource Planning (ERP) system, and its associated software. But nightmare stories abound, about how complex, expensive, and frustrating such installations can be.

Proprietary or "off-the-shelf" solutions are available - but, how to know which one to choose? Then there's the complex and expensive issue of licensing...

Licence-free open source projects offer a way to resolve these dilemmas - and in this guide, we'll offer some recommendations on choosing an ERP solution for your business.

What to Look For in Good Open Source ERP Software

Being open source, the software should allow you to tweak and customise the underlying source code (yourself, or via a third party) to better suit your preferred practices and working conditions. If you've been on the fence about including development skills in your business team, there's an article on the Netguru blog weighing up the benefits of this strategy.

Options to host the entire system in the cloud, or to pick and choose cloud-based modules to augment an on-premises installation can be a useful way of rounding out your ERP functionality.

By its very nature, open source software relies on the activities and contributions of developers and the user community at large, and this should extend to the handling of user feedback, documentation, and technical support.

This vibrant community of developers kicked off ten years ago with the founding of the ADempiere e.V. association, and the development of metasfresh open source ERP software as a friendly fork of ADempiere 20 months ago, intended to break free from the timetable of ADempiere ERP release cycles for its customer projects.

Like ADempiere, metasfresh is developed under the GPL v2 open source license. The metasfresh test team habitually performs end-to-end test procedures to ensure high quality for each release. Development cycles are short - typically enabling weekly stable releases. The software itself is designed as ready to use out of the box and incorporates sophisticated vertical features like handling units and attribute management.

Though it can be configured for general business use, the metasfresh customer base focuses on wholesale, fresh produce, and mass billing. For wholesale and producing mid-size companies, metasfresh deploys a client server architecture for local networks, while metasfresh cloud delivers a state-of-the-art WebUI based on Redux/ ReactJS and Rest-API which is accessible from a range of devices using up to date web browsers.

Self-hosted and single user cloud deployments are free. There's a Premium package for enterprises at €24 per user and month, which includes Technical Support and value added services with a spectrum of grades and options available.

The metasfresh community gathers online at the metasfresh ERP Forum, which extends an open invitation to all visitors and community members. Active discussions on the forum include tips on how to get started with the software, user experiences, development issues, future design ideas, and functional and technical matters.

Odoo points to the efforts of a community of over 20,000 contributors for its success around the world. The main development of Odoo software is driven by Odoo S.A. in Belgium, which was founded by Fabien Pinckaers who initially developed Odoo as TinyERP and later as OpenERP.

Odoo 11 (a.k.a. odoo v11) promises improvements to the speed, usability, and mobile capabilities of the Odoo Community edition, which is to receive a new look courtesy of design principles used in the Enterprise edition of the software. Odoo Enterprise itself is to receive a facelift in terms of its accounting, localisation, services companies, and comments sections, together with a more Business Intelligence (BI) based approach to its reporting and dashboard functions.

Odoo caters to a diverse range of industries and includes the car manufacturer Toyota and the Chez Felix wine bar among its corporate clients.

The Odoo Community Association (OCA) is organised into projects, each governed by a Team or Project Steering Committee (PSC). These steering committees are currently engaged in activities relating to local communities (by country), event planning, business topics, interests in related industries, and creating connections with other apps such as Sage and Magento.

Initiated in April 2002 by Rodolphe Quiédeville, and with a name derived from Dolores Ibárruri (for an unspecified reason), the Dolibarr open source ERP project has something of a "Star Wars" feel to its development team hierarchy (such as it is). At the top of the pecking order is Developer grade Yoda, charged with global management of the Dolibarr project, organising betas, and creating packages or releases for their head branch. Other ranks on the totem pole have designations like Developer grade Admiral, Developer grade Soldier, and Developer grade Z-6PO (responsible for translations on transifex.com, naturally).

The project maintains a roadmap calendar, charting its proposed path of major or minor maintenance releases for the current and coming year. According to this timetable, Dolibarr's next major release was slated for June of 2017, with October 2017 projected as the commencement date for the beta phase of the project's subsequent major release, after that.

Dolibarr sells itself as "An all-in-one suite" of ERP CRM software designed for small companies, foundations and freelances - with ease of use as its principal characteristic. It can be installed as a standalone application or on a shared or dedicated server or virtual machine (VM) in the cloud. It's "Freemium" pricing structure starts at $9 per user per month for enterprise subscribers.

Apache OFBiz  (as in, "Open For Business") is currently at version 16.11.03, the third release of the 16.11 series, which has been stabilised since November 2016. The software boasts of a "generic functionality that is useful to nearly all modern businesses and other organizations" - and for users prepared to modify the base code, this may become the basis for more specialised products that they can go on to sell themselves, to generate new revenue streams.

The OFBiz architecture and cloud infrastructure make it possible for applications to be made available remotely, with only a web browser installed on the client side. This allows users who develop specialist modules to target them at companies of all sizes. OFBiz offers framework components and business applications for the core ERP modules, with a special emphasis on E-Commerce.

The company doesn't make it's pricing structure public, so you'll need to contact them directly, to get a specific quote.

In an effort to encourage group efforts in addressing issues with the software and the development of new features, OfBiz now organises what it calls "Community Days," on which all members of the project's community are invited to contribute ideas and code for the betterment of all. Participation is optional, and users can spend as much or as little time on the work as they choose. Reminders for upcoming events and any specific tasks to be addressed (such as bug fixes or testing) are posted prior to commencement via the community's mailing lists.

Having achieved a separation of their desktop product and their cloud platform (including Software as a Service) in 2016, ERPNext have devoted the early part of this year to managing the division of the organisation into two parts: a non-profit ERPNext Foundation, and Frappé (the flagship banner for the company itself).

ERPNext and Frappé version 8 were officially released on March 20, 2017, with the introduction of a Global Search bar, enhanced Point of Sale (PoS) and Employee Loan utilities, and the "Kanban Board" (a field-based tool for viewing, categorising, and updating the status of documents) being among the updated features.

Single-user installations are free, and there's a scale for enterprise deployments ranging from $300 per year for five users, to $3000 a year for an unlimited number of subscribers. With a user base spanning more than 150 nations and versions available in over 70 languages, ERPNext is geared more towards multi-site or multi-national organisations in the production and retail sectors.

On the company side of things, ERPNext/Frappé has this year set itself the ambitious target of increasing its paid subscriber base from the current level of 400+ to 3,000. Strategies proposed for achieving this include greater outreach to corporate customers via targeted email campaigns, improving the customer service channel through the introduction of chat support, and online traffic generation through improved website content and improved links between ERPNext's home pages, documentation, and community forum.

India-based founder Rushabh Mehta's stated aim for the project as a whole is that it should "become a Wordpress like tool for ERPs".

If you'd like to know more about open source software and business IT applications, contact the experts at Netguru for advice, and a range of informative articles. 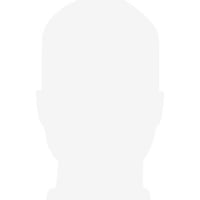 READ ALSO FROM Project Management
Read also
Project Manager’s role in project’s success
How to Deal with Agile and Scrum in a Remote Environment
There is no Single Recipe for a PM - Different Personalities, Different PMs, Same Result
Need a successful project?
Estimate project or contact us
Menu
Technology
Services