Have you ever wondered what the secret recipe is that allows successful start-ups to scale up so quickly? What is the big idea behind keeping users attracted to the product so much?

Let’s analyze the way Facebook develops its application as discussed by Mark Zuckerberg in the interview with enterpreneur.com:

“At any given point in time, there isn't just one version of Facebook running, there are probably 10,000. Any engineer at the company can basically decide that they want to test something. There are some rules on sensitive things, but in general, an engineer can test something, and they can launch a version of Facebook not to the whole community, but maybe to 10,000 people or 50,000 people—whatever is necessary to get a good test of an experience"

Does it sound like the thing your mobile app is still missing? In this article, I’ll describe the 3 most important reasons why A/B testing can help your app grow.

Not sure how the users will react to your app’s new update? Will they love it or will it make them go? You can use a 50-50 A/B test and analyze user retention and engagement in both the variant and control test group. Remember to always listen to your users. If you see that your app’s new feature is not gaining the expected interest in a few days, it might be a high time you redesigned it or even turned it off. In contrast, if the new update meets the interests of the variant group in the given testing time slot, you should definitely release it for everyone!

Deciding which UX idea to choose in your app

A good UX design, especially in mobile app development, is crucial. Not sure which UI design concept to choose to implement in your app? Follow the Facebook approach and implement both of them! Let your users choose their preferred way by analyzing user retention in each of the variant groups and comparing them to the control group. Remember you are not limited to two UI variants – you can test many of them. Experiment with different colors, layouts, and even screen flows!

A/B testing approach can also guarantee success when deploying a new release. Imagine you can deploy a new app version partially, slowly increasing the rollout scope. For example, if you are about to release a major update to your application, you can start a 5-percent rollout, deploying it only to a small group of your users. If no major issues are reported by the crash reporting tool or by the users directly in the variant group in a given time slot, you can increase the rollout group to, say, 25% of users. If you spot any issues, you can quickly roll back or stop further rollout and avoid serving the buggy release to the whole user group. At the same time, you start can addressing the issues found during the A/B deploy and start the deployment process again once all issues are fixed.

If you are already in love with the A/B testing idea, but you are worried about its development costs, I have good news for you. It’s extremely easy to implement it in your app with Firebase service and its A/B Testing and Firebase Remote Config features. The former allows you to define test scenario variants and control groups directly in the Firebase Developer Console. The latter allows sending the A/B test config directly to your application seamlessly and in real time. Firebase works as an A/B testing backend controller and decides which test variant each app user should receive. The Firebase Remote Config is extremely easy to integrate into Android and iOS applications. You don’t need to implement any sync logic inside the mobile application – your app configuration settings will be synced out of the box and the integration is quick and painless.

All you need to do to benefit from A/B testing in your mobile application is to log and carefully analyze the events users belonging to each variant group are logging and make your application development decisions test-driven. If you are using Firebase for test scenario configuration, the best way to track test results is with Google Analytics, which is integrated with Firebase Developer Console by default. Remember to always listen to your users. If you observe that the new feature does not deliver the expected results, just switch it off in the remote config for the whole user group. In contrast, if the new feature meets the interests of the variant group in a given testing time slot, you can release it for everyone with just one click. Experiment with your users’ preferences and filter variant groups by different factors (e.g. location, language, device, OS, and more)!

A/B testing is a tool you should be using to keep users attracted to your mobile app. The test-driven approach can also help you make the right choices when developing your app. It will make sure you are moving in the right direction. A/B testing is extremely easy to implement in mobile apps with the use of external services like Firebase, which can work as a backend for your A/B tests. So why don’t you give A/B testing a try right away? You can learn more about Firebase A/B testing at the official docs. If you have any trouble or would like to learn more, get in touch with us. We will be happy to help! 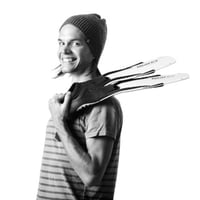