Why Female-Friendly Employment Is Wrong

In this article, I will get underneath the surface of sarcastic jokes about software development companies as sausage parties or female professionals as scarce as frog’s teeth. 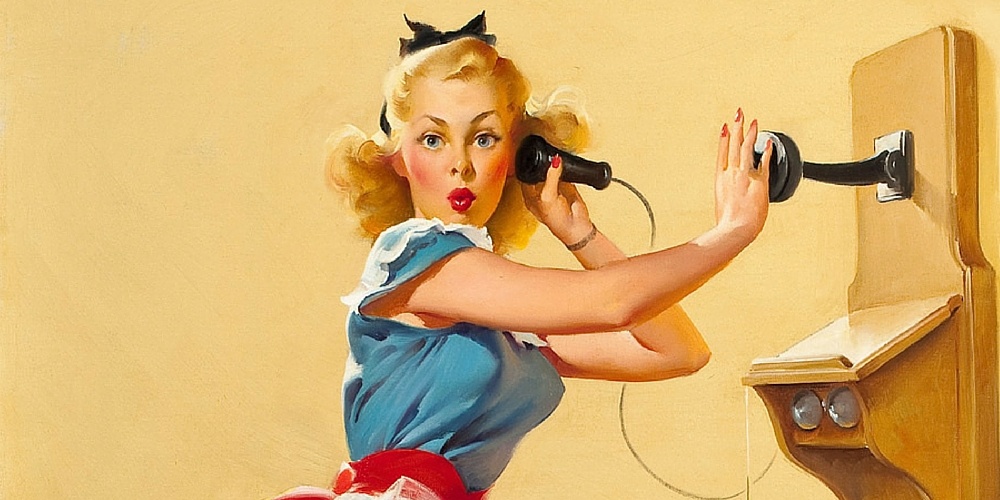 The very fact that you name yourself “female-friendly” is not a friendly gesture towards female professionals. But I’ll get to this point later. First things first.

I’ve been planning to write this article for some time, but the final push came rather unexpectedly. My significant other has just started studies in Cognitive Science (on one of the best Polish universities) and was checking the class plan. “They say there’s an information technology class only for male students, can you believe that? Please tell me I’m wrong!” Well, I hoped she was.

I’m not a student anymore, but obviously many processes and phenomenons apply not only to the academic world. And because of that I wanted to share a few thoughts about everybody-friendly employment, focusing on IT, from the gender point of view.

A sort-of-disclaimer for female readers

Let me get some things straight in the beginning. This article is not meant to tell you, ladies, that you’re vulnerable cuties in need of rescue. Or that there should be a men-women 50:50 quota in the IT world so that nobody feels rejected when applying for a job in software development. No, it’s not the case. I meant to get underneath the surface of sarcastic jokes about IT companies as sausage parties or female professionals as scarce as frog’s teeth.

If you’re reading this, I’m guessing you’re one of those reader types:

I know there might be some of you who don’t belong to any of these categories (or won’t admit it), but I just wanted to give you some idea why this issue is universal and important. It touches both those who notice gender bias as well as the ones who pretend it exists only in the oversensitive feminists’ heads. So let’s make it clear once and for all: what is there to be "oversensitive" about?

Why women participate less in the IT industry than men

Of course, we like to think of IT environment as a place where everyone is created equal and anyone can succeed if skillful and determined enough. However, if you take a broader look, you’ll probably notice some inconvenient truths about gender equality in the software industry. Stackoverflow, probably the most popular portal for developers, states it clearly in their annual report for 2015:

Software development has a gender balance problem. [...] There’s no doubt everyone who codes needs to be more proactive welcoming women into the field.

It all starts even in our childhood.

That moment nobody expects you to learn maths and computers at school. When you actually show interest in science, programming, or other hard skills, there are people surprised with the path you chose. Hey, is that the neutral attitude? Not really.

Gender gap (yes, it actually exists - you can read more about it) makes it harder for girls and women to start a career in the IT world. They’re treated suspiciously from the start and are facing several stereotypes. Even Google would keep ladies away from more prestigious jobs, as it displays better offers to male users. So much love and diversity.

That moment you notice that you need to adjust to the sausage party atmosphere in IT communities. That’s pretty logical: if you’re discouraged to dig into sciences as much as boys/men, you may not even get to a place when you can become a professional programmer.

But when you overcome all the obstacles and reach your goal, you obviously notice the way you’re treated. They say you have to be twice as good as a male to be acknowledged and appreciated as a professional... or you don’t, but you feel such an attitude will let you survive in the jungle. Even though excelling in your field in the IT branch obviously won’t hurt your career, the constant urge to be better and faster has its limits. Consequences for your physical and mental health may vary, but at some point you may expect negative influences.

However, the issue of stereotypes works in two ways. On one hand, you enter an already-stereotypical environment and it’s up to you whether you fight it or keep the status quo. On the other hand, men behave in particular ways also because of imposed stereotypes that are just as hard for them to break. It’s a big mountain to move, this gender bias.

That moment when you can’t really find a female equivalent of Steve Jobs or Mark Zuckerberg visible in all possible media. Someone you can relate to who wears a skirt sometimes (and is not a transgender male). As Robin Hauser Reynolds, the director and producer of Code: Debugging the Gender Gap puts it: you cannot be what you cannot see. She names Megan Smith as one of the icons to look up to, but that’s obviously not enough. There are few (really promoted) role models for women in IT industry (I'm not speaking of programmers only, but also entrepreneurs, project managers, and others), even though history tells about numerous women involved in the beginnings of computing.

Developing e.g. a movement of female-oriented programming communities doesn’t mean girls and women in the world of code want to be treated better per se. The 50-50 quota is not a solution. The whole initiative may seem a little condescending, but the very fact of their existence gives you an idea of how difficult it can be to start a career in IT when you’re female. We need the freedom of choice - but that needs to grow organically. Rails Girls, Ladies Who Code, Geek Girls Carrots and other organizations are there to accelerate this process, that’s all.

Another problem regards employment policies and it’s expressed even in their names. Let’s face it: the phrase “female-friendly” is condescending by itself and it’s hard to escape the trap of patronizing instead of building equal background for all. That’s not the way to break down the wall of stereotypes and inequality. As Hanna Rosin states in her book The End of Men:

Harvard Business Review surveys of workers between 20 and 30 years old reveal both genders want flexibility, the option to work remotely, to dip in and out of full-time, and find their work meaningful.

I am lucky enough to work in a place where gender is not an issue. Sure, Netguru hasn’t achieved a 50:50 balance between employees, but that doesn’t mean we block women from joining us or evolving in their professional fields. Changing the proportions is just a time-consuming process. For now, we’ve implemented a couple of policies that help us maintain the atmosphere of equality and comfort between team members:

We’re open about our recruitment process, career paths, and remuneration on each stage of professional development. That leaves no space for misjudgements or stereotypes. Practical skills and eagerness to learn are what really matters to us.

We don’t limit ourselves to male- or female-dominated initiatives, but giving a helping hand to passionate people who want the programming community to grow bigger and better. Think of e.g. all User Ruby Group events in Poland as well as Rails Girls or Geek Girls Carrots.

Giving a freedom of choice for employers can bring you a bunch of significant benefits if managed responsibly. You can make life a lot easier for parents of young children, including fathers, very often ignored in family policies.

When you give everyone a chance to work with various people, there’s no place for gender bias and prejudice. Instead, workers are provided with space for mutual respect. Also, did you know that mixed teams have more collective intelligence? Yep, that’s a fact!

I keep my fingers crossed for all girls out there who are about to rock the industry with their eagerness to learn, quickly gained expertise and ambition. You are simply awesome. And I hope you'll break down the walls, even if they seem invisible to some.

This article was previously published on LinkedIn Pulse, on October 5th, 2015.