Our expectations for 2013 were high and we wanted to make this PRUG a unique and uber great new year’s kick off. With a little help of our friends (many thanks folks!) we’ve managed to organise the meeting at Zoo Coworking Space located at Zwierzyniecka 20. This way we’ve gained some extra seats for PRUG members & enthusiasts. First guests started to show up before 18 and the January meeting has began at 18.20. 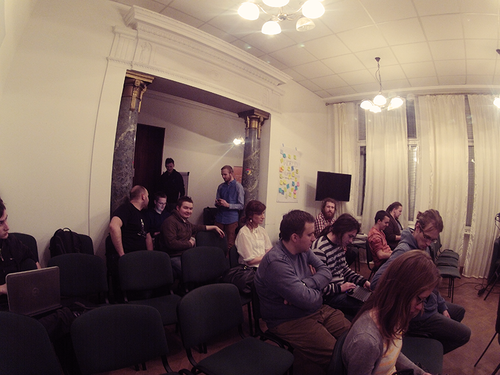 PRUG has started with Zaiste and his talk “Vimified Rubyist” - he has demonstrated his everyday usage of VIM editor at work with ruby/rails. Over and above, he showed us a few of his favourite plugins for making navigating through files, texts etc much easier. 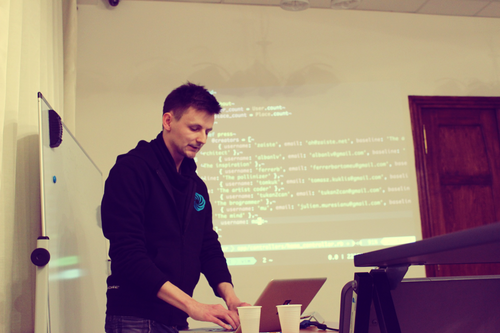 A second speaker - Janek Filipowski from Wrocław, who is dealing with js/cs programming on daily basis - has shared with us his experience with acceptance tests written in js. He described why he’s decided on such solutions and how he comes to the issue of acceptance tests, and abstracts the business logic behind it.

Another lighting about systems for translating applications by Maciej Litwiniuk has focused on written by himself on a one free Saturday night solution - “ Lost in translation” .

Last but not least, Jakub Zuchowski has presented his talk “More than half a century in a nutshell” - a history of the Internet with a programming background. Jakub reminded us how the Internet and first object-oriented programming languages have shaped and developed and pointed out some interesting facts eg. a very first stylus-screen drawing program created in an objective-oriented language written especially for this purpose. A very inspiring stuff! 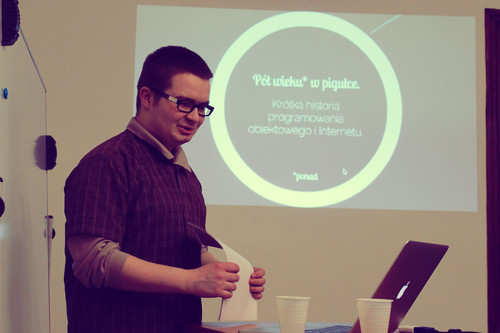 All presentations can be found here :)

READ ALSO FROM Our Way
Read also
How To Be A Remote Founder
What Makes Remote Working Work?
How Netguru Mastered Remote Software Development. Our Stories with a Fintech Leader, a Personal Robot, and a Project Management Tool
Need a successful project?
Estimate project or contact us
Menu
Technology
Services