Welcome to the New App Store - Find Out What Has Changed

In recent months many discussions arose on the subject of  App Store economy, especially in terms of how indie developers can build a sustainable business by creating apps we love to use. We have to remember, that the App Store is not only a place where you can buy iPhone apps but also apps that run on your Mac, AppleTV and iPad. Actually, looking at the App Store from the perspective of the devices for which it offers applications is a good way to understand why developers want it to change.

As we all know, you can download great apps that boost your productivity or games that will deliver great entrainment. The countlessly cited history of Monument Valley is a great example. Yet many apps are offered for free with subscription based model to build a revenue stream. Another problem with iOS App Store is that it lacks trial periods. The only way to try the app would be to buy it and then, after testing, ask for a refund - it is neither developer nor user friendly. Which brings us to…

There is no surprise in the fact that in many cases Mac is the more suited device for hard work. Which means, productivity apps tend to be more expensive and cost tens of dollars rather than few dollars comparing to the iOS App Store. The solution, from the developers’ perspective, is different. In contrary to iOS devices, you can still install an app downloaded directly from the developer’s website on your Mac. Thanks to this, trial periods for OS X apps are nothing special. The other thing that is not available in MAS is upgrade pricing, which was one of the reasons why Bohemian Coding pulled out their Sketch app from the App Store a few months ago.

New devices - and, as you might think, new chances to build your next cash cow app. However, reality may be not be as obvious. Even if you decide to put a price tag on your tvOS app, which is done by approximately 39% of app developers, that doesn’t mean users will easily find your app in the App Store. Discovery is a challenge. In the beginning there were no categories at all but Apple works on improving tvOS App Store and earlier this year introduced 12 new categories. In terms of the iPad Pro situation is much more complicated. The device itself is great and received many positive reviews. But again, the App Store is major pain-point. According to three CEO’s of great iOS apps Paper, Sketch and Animoto, App Store policies are just not suitable for them to adapt their apps to Apple’s newest iPad.

Welcome to the new App Store!

Throughout the history, Apple proved it can change status quo. Latest announcements regarding App Store might be another mark on that page.

The biggest news: subscription based pricing is now available to all iOS, macOS, watchOS and tvOS apps! Thanks to this developers can work on truly regular revenue streams, which is an encouragement to work on new features of your favorite app. Before, when the user paid only once, developers had to release major app updates as separate apps. But in order to be successful in the field of subscription services, you need to remember users expectations will be higher in case where they have to pay a recurring fee for using your app.  Hence, this model is great for apps which regularly deliver new content (newspapers, audio, video) or services (cloud storage). But even if you plan to continuously improve your app and adapt it to new products (like Apple Watch or iPad Pro or AppleTV) this business model might be the best way for you to monetize your app.

To this day the rule was as follows: 70% of app price goes to the developer, 30% goes to Apple. As of June 13 this has changed. If users are paying for subscription for at least one year, the developer receives 85% of of the subscription fee.

Important to note: if the user cancels their subscription, they have 60 days to resubscribe. If this deadline is not met, counting for one-year rule starts from the beginning.

Within this new model you gain the possibility to select one of 200 options for the price of your app in each of the currencies available on the App Store. What’s even more fantastic is that you can even set different prices for different countries.

It will be possible to adjust pricing for your app for existing subscribers. By doing so, they will have to accept new pricing, which of course will be able to reject. There is (or will be, actually), however, a better way to increase your price. Keeping active users at the existing price and increasing the price for new users. Thanks to this, you can minimize risk of dropped subscriptions.

You are not limited to monthly/annually subscription renewals for your apps. According to Apple you can set the duration of a renewal cycle to one week, but other sources claim there will be an option to set subscription renewal to every two, three or six months.

It will be also possible to subscribe to different access levels (let’s say Basic/Standard/Pro) and easily change between them. The user can be subscribe to one level at a time.

To sum up, these are the biggest changes to the App Store since it’s introduction in 2008. By introducing new features Apple allows you to adjust and rethink the business model behind your app. However, do not forget, that these changes do not only affect you, but first and foremost your users.

Do not forget about ongoing WWDC. Soon video from the Introducing Expanded Subscriptions in iTunes Connect session should be available which will definitely shed more light on this topic.

Till then, here are a few links: 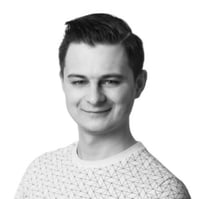 READ ALSO FROM iOS
Read also
Sign in With Apple – How to Keep Your Product in the App Store
How to Become a Successful Software Developer, Even When You Didn’t Mean to: Patryk's Success Story
Top Mobile Application Development Projects by Netguru
Need a successful project?
Estimate project or contact us
Menu
Technology
Services