Not every new business qualifies as a startup, but conversely, any business has the potential to become a startup. Even years after being formed. 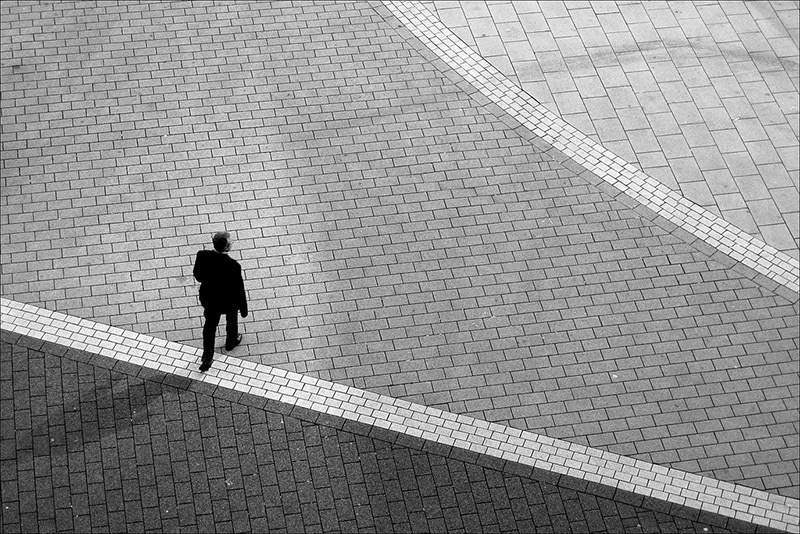 Simply stated, not every new business qualifies as a startup, but conversely, any business has the potential to become a startup. Even years after being formed.

Writing for the Young Entrepreneur Council (YEC), Neil Thanedar defined it as:

the biggest difference between these two company types is in their top objectives. Small businesses are driven by profitability and stable long-term value, while startups are focused on top-end revenue and growth potential.

Naturally when you focus on growth and top-line, you can expect incredible challenges and daunting risks, and with it the possibility of failure. We have previously mentioned that 40 percent of startups fail within their first three years, and there are many reasons for this. It is not feasible to write an article in which we enumerate all the reasons, so instead we will focus only on six significant reasons, with advice and examples woven into each.

We’re all familiar with the hackneyed image of a property agent declaring “Location! Location! Location!”, and while it may be overused, it is not without some truth. From starting a traditional business, to launching a disruptive startup, where you call home plays a significant role in determining your success.

But for different reasons.

Traditional businesses thrive when they are exactly where their customers are, but a startup does not need to be physically close to their customers or users. Startups require talent, mentors and investors, and it is these three things that they need to have easy access to.

When the Startup Genome compiled their Startup Ecosystem Report in 2012, they ranked entrepreneurial hot spots based on eight key areas:

Many of the cities ranked within the Top 20 never started out as startup hubs. Some developed organically, while others set out to make themselves appealing to startup founders, talent and investors. Whatever the process was, what helped them succeed, along with the startups that based themselves in these cities, was their ability to appeal to talent, support (mentors) and investors.

While the issue of talent can be circumvented through the use of a distributed workforce using remote workers, easy access to mentors and investors is crucial. Failed South African music startup Airborne realized this too late. Though they did have some success in their early stages, being based in Cape Town meant not having quick access to a pool of mentors or investors most other startups have.

It is possible for a startup to launch almost anywhere in the world, but be aware of your location’s impact on future growth. It is easier to relocate a startup early in its life-cycle, while costs are lower and funding is still available, but you can only do this if you pay attention to early indicators of location problems.

Choosing a Market That is Too Small

There are three reasons why you might (intentionally) target a small niche, and they are all connected:

There is usually a very good reason for a niche market to be neglected. Most of the time it is because the niche is simply too small, with no chance of significant growth.

Regardless of what you do, or plan to do.

For those few niches that really do have the potential to grow, make sure your belief and idea are backed up by extensive research. Not a whim. Failed Singaporean startup SMSNoodle overestimated the market size for their service by not doing proper research, or discussing the idea with industry peers.

Finally, competition is unavoidable. If you deliberately choose a niche market to sidestep competition, any success you achieve will still lead to competitors entering the same niche. And just being first doesn’t mean you will suddenly have a better chance of staying ahead of late entrants.

Being Resistant to Change

Pivot is a commonly used word when talking about startups, and it is an aptly descriptive word - creating the impression of a swift turn. In a traditional business setting you might talk about a change in direction, but this is suggestive of a more gradual transition or transformation. Startups, with their focus on rapid growth, do not have time for a slow change to any part of their strategy. They must pivot.

While the global innovation chief of PwC, Rob Shelton, does caution against using the term fail fast, the concept behind the term is still relevant.

In his post-mortem for failed startup YouCastr, Ariel Diaz states that even though they did a good job of pivoting, they didn’t pivot fast enough. And part of this was the result of a fear of losing legacy users and current web traffic. Keith Nowak, in his post-mortem of failed startup Imercive, eloquently described his own similar experience:

For one, we stuck with the wrong strategy for too long. I think this was partly because it was hard to admit the idea wasn’t as good as I originally thought or that we couldn’t make it work. If we had been honest with ourselves earlier on we may have been able to pivot sooner and have enough capital left to properly execute the new strategy. I believe the biggest mistake I made as CEO of imercive was failing to pivot sooner.

Launching at the Wrong Time

Though technically not a failure (it was acquired by Google in 2005), Dodgeball was ahead of its time. Social networking was not that common, and certainly nowhere near as popular as it would eventually become. It was further hindered by the limitations of mobile phones in the pre-smartphone era, with users having to text/SMS their location through to the service. Thankfully, by the time co-founder Dennis Crowley left Google in 2007, the world and technology had changed quite a bit, allowing him to launch a new, similar service. Foursquare.

On the other hand, launching your startup at the wrong time could be the result of your own stubbornness. If your startup relates to a product or service, you probably have an image in your mind of the product or service, shiny and new, perfect in every way, and it works. Getting from that imagined concept to finished product is seldom easy, or fast, and you have to accept that sometimes it is better to release an incomplete, but functional, product than to strive for perfection, and launch too late. What you launch doesn’t need to be the final product, at its simplest it can be an MVP (minimum viable product).

Mahesh Piddshetti felt that being too slow was one of the reasons for Kiko failing:

We tried to build the ultimate AJAX calendar all at once. It took a long time. We could have done it piece by piece. Nuff said.

Map out milestones, and launch according to that, always making sure that what is available works.

Some common funding related problems include:

The best investors don’t only provide money, they also have knowledge and skills you can use and learn from. It is for this reason that startups are often cautioned against raising funds through family and friends.

Following the sale of Standout Jobs, Ben Yoskovitz published a post-mortem of the mistakes he made, and what he learned. Three of them were:

Very few successful startups have a single founder, and with good reason. The primary roles involved in a strong startup launch are too diverse to be properly managed by one person:

Try and take these roles on yourself and you will end up micro-managing some areas, and completely neglecting others.

At the same time, it is essential that the co-founders, the leadership of the startup, share the same vision and goals, while also perfectly understanding their roles. Leadership is weakened by clashes in ego and personality, and can be completely destroyed by irresponsible power plays.

Paul Biggar had a valuable lesson to share in his post-mortem following the failure of NewsTilt:

You need a co-founder who gets you, and who you work together well with. When Nathan and I signed up together, we had not spent any time working together, and that was a big mistake. Nathan is certainly a great coder, but when we didn’t share a vision, and we found it so difficult to communicate, there was no way we were going to get this built.

When I get another co-founder, I’m going to make sure that we spend a lot more time working together on other things before we start a company together.

Extensive research, and the right mentors, will go some way in keeping you from having to write a failed startup post-mortem. But you have to be open to listening to advice, and even criticism, given by mentors, and acting on it. You also have to be willing to respond to research data that doesn’t confirm your own beliefs, as hard as it may be at times.

Finally, getting into a startup incubator can improve your chances of success considerably. Not only in terms of valuable funding, but also in terms of the aforementioned mentoring, legal and accounting related assistance, and early exposure to potential investors.

Chris Meier is an article and web content writer, and a true web enthusiast. His personal interests...