When an Angular Developer Starts Coding in React – Read my Story

I really like Angular! At the time most of the well-written websites were MVC applications, Angular 1 was a huge revelation to me Yes, there were older frontend frameworks such as Backbone, but Angular was the first one that made a real difference. I could compare it to the first iPhone – there had been ideas, there had been attempts too, but finally, someone made it just right. Over several years, I did many projects using Angular or Ionic, and when the time came, I switched to Angular 2, which was even better in my opinion. Those days, as the frontend part of my developer’s stack, Angular was safe to me and provided a comfort zone.

For some time, I heard voices from everywhere praising React up in heavens. I like to get to know new languages and frameworks – almost every one of them is somehow unique and adds something new to the way I think about creating applications. React seemed to be interesting to me, but … there were two “buts”, actually. First, in my perception, React wasn’t very different to Angular – I heard that it was faster, cleaner and better overall, but I didn’t get the hype. The second “but” was the apprehension about my further career: I had good commercial experience in Angular, and starting programming in React would completely reset my experience to a job seeker’s point of view. Is it really a risk worth taking?

Some people say that life is a box of chocolates, and it can sometimes really surprise you. It happened once that I was looking for a new long-term remote job. I found a “frontend developer” job ad at Netguru that seemed to be very interesting to me. Everything was indicating that it will be a good match, and then came the conversation about the technology stack. During this step of my recruitment process, Netguru’s Technology Leader, Kuba, gave me a very interesting offer: “We really want you onboard but currently, we do not have any Angular projects, and you would have to learn React from scratch by working on one of our current projects – are you OK with this?”

Before we start, there is one thing I need to say. This post and my conclusions derive from my subjective observations and experiences I made during my “Angular to React” journey. It’s definitely not the ultimate truth, but based on conversations with other devs who migrated to React, I can say we share a lot of the experiences. If you are still dithering whether to learn (or not to learn) React, this article will help you to make the final decision.

The story starts with my first day at work – it was also my very first serious contact with React. Let the game begin!


Next days and weeks – The road goes ever on


I’ve got to the end of the beginning of my story about migrating from Angular to React. During this time, I started to really like this framework. It’s fast, clean, easy to test, expressive, and flexible. As I wrote in the beginning: I really like Angular, but surprisingly to me – I’ve enjoyed writing code in React way more. Looking these several months back, I definitely don’t regret my decision about starting coding in React. It has some small drawbacks, but overall, it’s very powerful tool that, in my opinion, thanks to its constant development and a great community, will still be the leader among fronted frameworks. 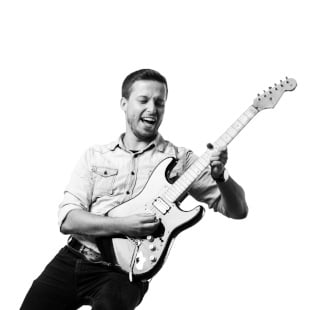