How to Prototype Your Big Idea with Nordic Semiconductor?

The word ‘startup’ has become very popular these days. So many of us have had an idea for a great product for a long time in their minds, but only a few have decided to do something more with them. There are many reasons behind this lack of activity, however, one of the most popular reasons is that we don’t have the skills in a particular area. Today, I would like to tell you my story, where two students with no knowledge of a field decided to create a prototype of their idea and participate in the Nordic Semiconductor Student Contest. Those students decided not to create something that looks like a real product, but something that really works.

Everything started with a Facebook post by a student organisation called EESTEC AGH KRAKÓW. EESTEC and Nordic Semiconductor Cracow department organised a series of lectures for students about Bluetooth Low Energy technology and also a student contest for the best Internet of Things product created using Nordic Semiconductor products. Me and my friend decided to take the challenge. We had no idea what we would create and how we would do it. All we knew was that Bluetooth has a blue logo and a limited range. Brainstorming on product ideas took as a very long time, but we succeeded. We knew that we wanted to build a smart mirror called Reflekto. Reflekto meant to be something that would accompany you throughout the day during your daily activities. At first glance, Reflekto looks like a normal mirror, but it reveals its smart functions when someone stands close to it. After it detects a device that has been paired with the mirror, the mirror will show you personalised information from your phone on the mirror’s surface. We were really excited by this idea.

The first problem we had to figure out was how to attach the display to the mirror in a way that the display isn’t visible when it’s not displaying any information. The solution came from detective movies and famous interrogation rooms. Why does policeman stand in a dark room behind a one-way mirror and the suspect is in another, very bright, room? Because brighter things can shine through this one-way mirror. Perfect! We decided to place the display behind this type of mirror, change the brightness on the display to the maximum available level and use a white font against a black background. How could we make it in a smaller scale for our prototype? We used small piece of plexiglass and a cheap one-way mirror foil bought online.After solving the first problem, other issues emerged. We needed devices to build the mirror. All of the contest participants received a nRF52 Development Kit, but we also needed a display that would work with this Development Kit. We found one and asked Nordic if they could buy it for us, their answer was brilliant. They told us that they are currently working on a newer version of the software that will bring support for some displays, and that they can send us pre-release version of this. On top of that, they liked our idea and decided to buy this display for us. A few days later, we received a pre-release version of the software and the display. They also offered that they would buy the plexiglass and the foil for us. Thanks Nordic!

We had everything we needed to start working on our idea, so it was time for us to split the tasks. We needed to do two main things: program the Bluetooth module and create a mobile application. Since I was already working as an iOS developer, the task distribution was quite obvious. I started working on the iOS application that would work in the background and send personalised information to the Bluetooth module, and my friend took care of the Nordic module and connecting it with the display. For two students with no experience it looked like something impossible. Luckily, it only looked impossible. Thanks to the massive number of tutorials on Nordic’s website and a very active community, we were able to create the first working version in about a week. Every other day we spent after that was only polishing this thing to be more robust. Finally, we needed to give a presentation. All contestants that were able to finish their projects and some Nordic employees gathered in one room to watch all the teams speak. Gladly, everything worked out well during our presentation, and the project made really good impression on Nordic representatives, because they decided to give us the first prize in this contest. Except for prizes, having taken part in this contest was really helpful for us, because I decided to follow the path of an iOS developer, and my friend started working as a firmware engineer a few months later. Thanks to this contest, we also learned that Nordic are doing a really great job with their hardware and software. Their technology let two unskilled students create something that actually worked. Now, imagine what could be built by team of really experienced and passionate people? Yes, I’m thinking about Netguru ;) 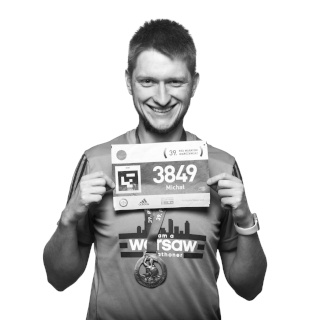 READ ALSO FROM IoT
Read also
Create Your Own Personal Assistant
Philips Hue in Android
Bluetooth vs WiFi Comparison For the IoT Solutions
Need a successful project?
Estimate project or contact us