Use Jetpack Navigation in the Android Application Design Process

During the development of an Android application I had to implement a custom design system where:

The first things I considered as an Android developer were:

Answering the first question, I developed something like NavigationHelper or a Navigator class to manage navigation between Fragments in the Activity. The object of this class needs Activity context to start another Activity or FragmentManager to manage the Fragments inside of the Activity. But does this object solve the navigation from DeepLink? To catch a DeepLink we need to implement the following:

The next problems I faced were:

Both problems are UX design problems and need to be resolved with a UX designer after the developer discovers that they exist. To do that, you don't have to contact another UX design agency. Netguru will do it for you.

Navigation from Jetpack can help

To simplify these problems, Google presented the Navigation from Jetpack at the annual Google I/O event in May 2018. The Navigation component is “something” which gave us the ability to get rid of these Android application design problems or at least reduce them to the minimum. Firstly, the Navigation component is an object which represents a graph stored as an XML file. Android Studio provides the visualization of this file to represent the navigation flow of an activity. Below is an example of a navigation graph visualized in Android Studio. 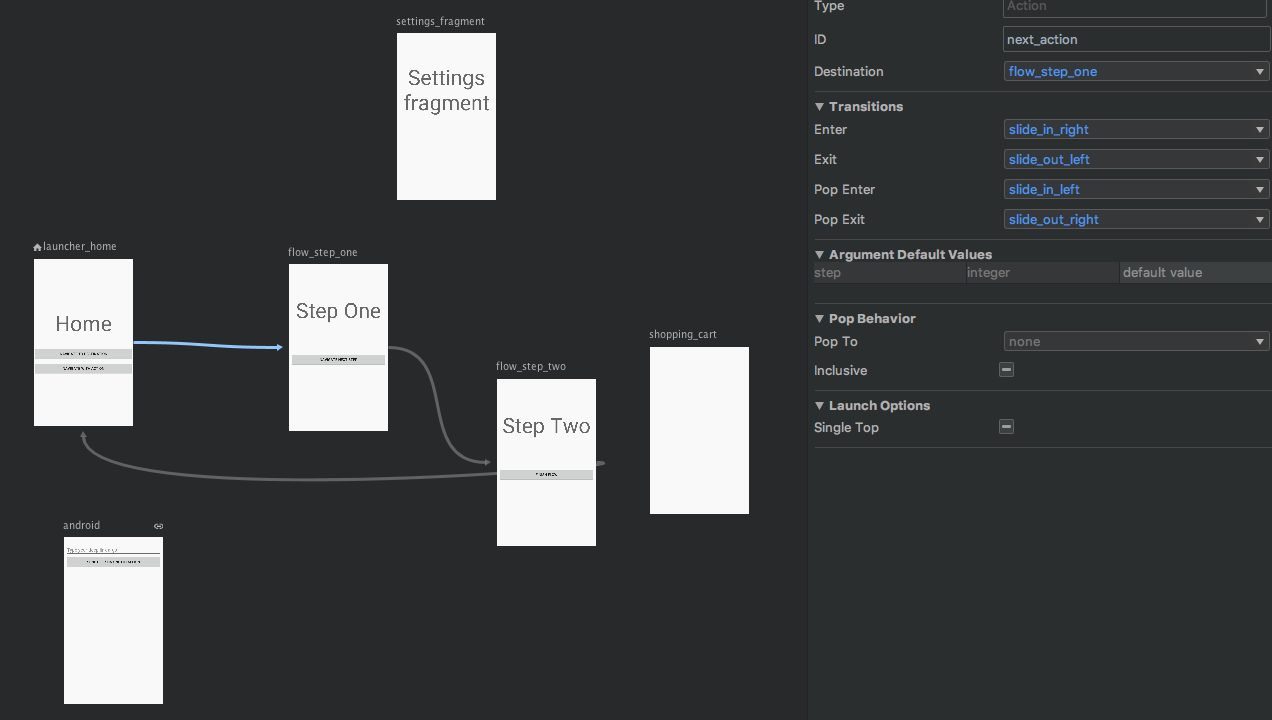 In the picture above:

The diagram shows that e.g. the Settings fragment is not connected. There is a missing or incomplete workflow path.There are no circular actions between screens. The example above shows how easily all incomplete paths or inefficient UI flows can be checked in Android Studio. The Navigation component simplifies the handling of DeepLinks. I have to handle the DeepLinks coming from other app to trigger specific screen. The Navigation component provides a static context in the navigation graph. Below is a snippet which defines the URL for the destination. In this example, the arguments to pass are described in curly braces.

The problem with buttons on the left and right side in the toolbar can be solved the following way:

While working with the navigation component I have discovered that the navigation graph preview can render assets for the layouts. To do that I have to set the image from the UX design as a background property for each fragment layout.

Finally, I get the user flow for the top-level application navigation in the Navigation Editor. In an app where there is more than a hundred screens it is very useful to avoid getting lost. The last step to finish prototyping is to handle the actions with the buttons from all destinations to make the application clickable. To do that, I have to add a button to the layout (e.g ImageView, Button), then apply onClick handling in the source code. The snippet below shows how to execute the XML action from the navigation graph.

When this process is done for all screens from the UX design, I have a fully clickable prototype of my Android application.

The prototyping process described can be treated as the first phase of Android application development. When an Android developer has to deal with a UX design where navigation is not intuitive at the first look, this process can be useful to get a handle on top-level navigation in the application.

Photo by Alvaro Reyes on Unsplash 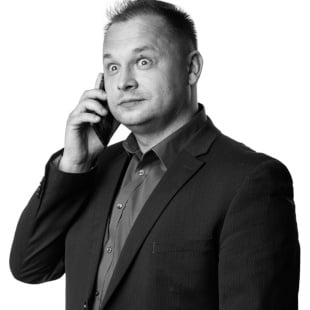