We’ve noticed that in our latest React Native project, the development took us over 30% less time than it would have taken, if we had been developing for iOS and Android natively. Here are the main reasons why so many companies jump into developing applications with React Native. Read our React Native ebook. 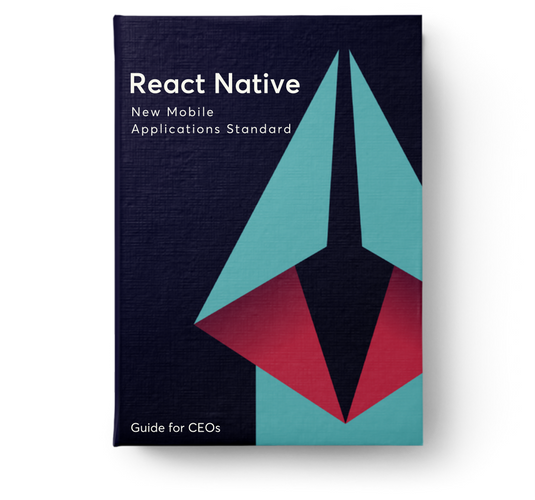 The ebook is available in PDF format.

We won't send you spam! It's 100% free!
Fill the form to download your copy of the ebook.

React Native is a framework developed by Facebook which enables building mobile apps using JavaScript. It uses the same design as React, letting you compose a rich mobile UI from declarative components. It allows developers to reuse code across the web and on mobile and through different operating systems.

With React Native you don’t have to build the same app for iOS and for Android separately from scratch. On top of that, thanks to instant reloading, instead of recompiling you can build apps much faster.

React Native is becoming extremely popular in mobile development among small companies and well-established enterprises. We’ve also seen a big interest in React Native coming from our clients, so
we decided to conduct a small study to see what’s behind the framework’s success.

Why Has React Native Become So Popular?

React Native enables you to transfer the codebase or its part between different mobile platforms. Once you write an app for iOS devices, you can compile it onto Android in a short period of time (and vice versa).