How To Set Up Rails Devise Authentication With Angular

Web development is changing in a lightning speed. Rails-only apps are often not good enough for many solutions and front-end frameworks are gaining huge popularity these days. It's only a matter of time before you will be presented with a task to integrate Rails backend with javascript framework trending this week. This time I will help you with Angular!

I assume you have:

What you will use:

Add the following gems to your Gemfile on the backend side:

IMPORTANT: Those are settings for dev environment!
For production and staging environments you should change them to be more restricting (point origins to the frontend address and limit the resource access).

This is the most of the stuff you need to do on the backend side. Of course there may be some more things to configure, like setting protect_from_forgery :null_session for XHR requests. It depends on the architecture you will implement - most likely it should be for API::BaseController.

On the angular side (if you don't have a frontend app yet, using generator-gulp-angular is not a bad choice) you need to install ng-token-auth. This tutorial expects you to use Bower and if you do, then all you have to do is to run:

This will install the library and save it as a dependency in bower.json file inside your project.

Now, angular needs to know to use ng-token-auth in your application, so you have to add it as a dependency for the angular module.

Next, you need to configure ng-token-auth by calling .config() on the module. There are many options you can adjust there, so I highly advise you to check out the documentation. Here's an example of a simple configuration where you only change API url to where the angular app will make its calls:

apiUrl points to your localhost rails server. Normally this variable should be put inside a config file, but for the sake of simplicity in this tutorial we will just leave it like that.

Since you configured your library to make requests to the proper URL, you can finally use it in the app. All available methods can be found in ng-token-auth documentation.

During this tutorial you have learned:

Thanks for reading and happy coding! 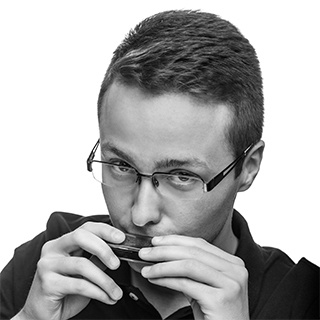