How To Use Draper Gem In Your Ruby on Rails App

Draper adds an object-oriented layer of presentation logic to your Rails application.

Without Draper, this functionality might have been tangled up in procedural helpers or adding bulk to your models. With Draper decorators, you can wrap your models with presentation-related logic to organise - and test - this layer of your app much more effectively.

What we will use

Add a decorator class to a given class

Use object in order to class an instance of a model which will be decorated by your methods.

Do not forget about decorating your class in a controller by invoking decorate method on an instance of a model. Also, you can do it inside a view but it is not a good approach to a problem.

I have decorated items in a presenter which allows me to do more with a data presentation in future but you can decorate an object in a controller.

I think draper gem is mature and allows a developer to write methods which add extra functionality to its data. Actually, one of the biggest problem of draper gem is that it is not working with Rails 5 correctly and its team has got a problem with a lack of maintainer.

It is a powerful tool, especially when a developer uses it with the presenter pattern. These two things allow a developer to make thinner controllers and models and move a logic related to presenting data in a cleaner way. 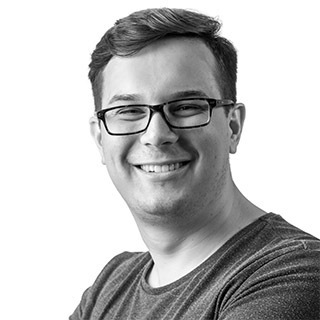 Mateusz Czerwiński
Follow Netguru
Join our Newsletter
READ ALSO FROM Ruby
Read also
How to Use Rails Assets Directly in Your JS Files with RWR View Helpers
How To Configure Ruby on Rails With Paranoia Gem
Need a successful project?
Estimate project
How To Use Draper Gem In Your Ruby on Rails App