Just like last year, Netguru was ranked number 5 in the 2015 Deloitte Technology Fast 50 Central Europe Awards. Also, it turns out we’re the second highest-ranked Polish company in this prestigious competition.

“[...] Netguru [...] have not only appeared in the Fast 50 for two consecutive years but have also featured in the top five on both occasions.”

What is the Fast 50 Central Europe competition? Deloitte, the global authority in consulting branch, recognizes the 50 most dynamic technology companies in the region. The choice is based on the revenue growth over the past 5 years. It’s the second time we were distinguished with such a high ranking in this competition, thus joining the business elite:

Only comparatively few quite exceptional companies stay in the Fast 50 for more than a single year at a time – very few can maintain the enormously rapid rates of growth required to enter the ranking, either during 2015 or in preceding years.

This spectacular success wouldn’t be possible without the strength of every thriving company: the team. Netguru values transparency, hands-on communication and employee-friendly working environment, which attracts exceptional professionals and lets us create high-quality products for clients from all around the world.

If you told us five years ago that we would land in Deloitte’s Fast 50 top 5, we would probably take it as a great joke. But looking at all we have done: two awards from Deloitte, international clients, almost triple team growth - we see things in a different light. We are lucky to have such a dedicated team behind us. At this point, sky is the limit! 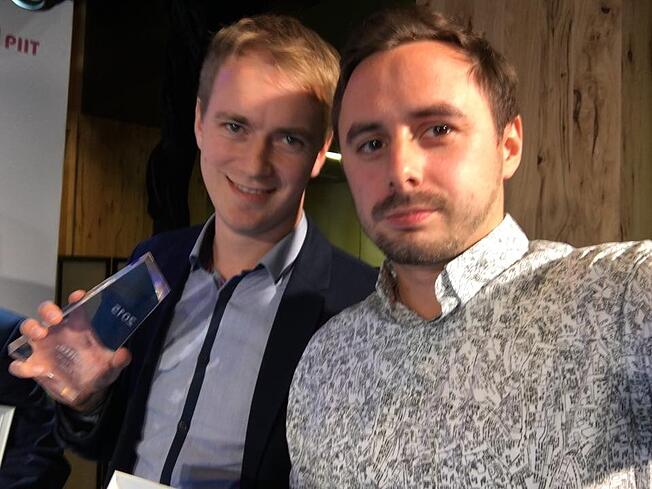 We are the champions!

Congratulations to all other laureates - we’re delighted to be in such great company! READ ALSO FROM Our Way
Read also
R&D Leaves the Lab and Meets Business – Learn How to Manage Innovation Without Wasting Resources
How to Run a Profitable Business and Put Sustainability at the Center of Your Strategy
The Netguru Take On… Digital Transformation
Need a successful project?
Estimate project or contact us