Capitalism changed everything. It has changed our lives and the world around us. During the past 100 years, we were able to raise the global GDP by 3000% and improve the living conditions of millions, driving them out of poverty.

Instead of worrying about making a living, wealthy countries shifted towards multiplying wealth. Growth became the new Holy Grail driving nations and individuals. Growth became the goal per se. But all this is not without a cost. The modern world is facing many challenges, with the very future of our planet being probably the most pressing one. In our race for more and more, bigger and better, we found ourselves on the brink of an ecological disaster.

The global warming crisis, followed by the phenomenon of climate refugees and massive wildlife extinction, turned out to be the footsteps we’ve been leaving behind in our march towards progress. And while initiatives and trends meant to change the ways we use natural resources do exist, it seems like we’re barely acting on them.

Having worked as a designer in the IT industry for over 12 years, I’ve become so accustomed to the idea of growth that it never crossed my mind to question it. If anything, I’ve questioned companies, services and startups that lacked growth potential or weren’t doing enough to pursue it. In the world of Silicon Valley, each project or initiative has to be crafted with a precise return on investment in mind.

Working towards broader business growth strategies and goals is the idea of success. Yet, it is following such strategies and meeting these goals that brought the impending doom of climate change upon us by adding to CO2 emissions, pollution and resource waste. After all, since the beginning of the Internet the tech industry just kept on tweaking and increasing conversion rates.

Growth by design is a framework 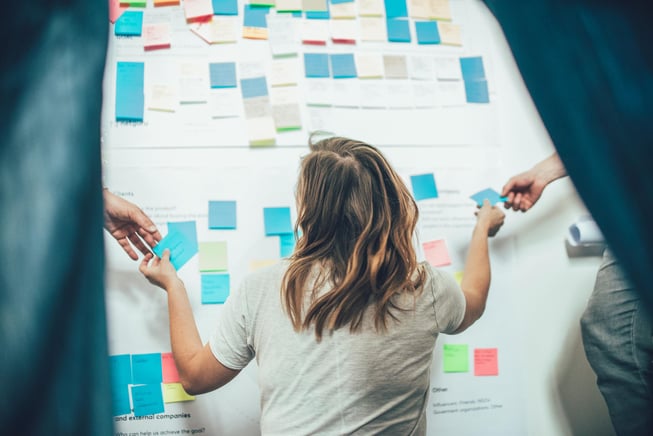 Us humans are highly susceptible creatures. Even if we embrace the ideals of zero waste, minimalism, and eco-friendly lifestyles, it’s hard to resist the temptation of purchasing new items. To be fair, it’s not our fault, this is just how our brains function.

For thousands of years, we have evolved to be susceptible to envy, greed, pride, sloth. This trait didn’t remain unexploited. For years salespeople, marketers, managers, developers, and designers have been leveraging many different persuasion techniques to hit their targets. Taking a glance at the modern web it’s clear that they’ve become good at it.

Got yourself a book? Buy 2 more! Windy weather? Here’s our brand new coat selection! Bored? Click here now! Growth by design isn’t just an empty phrase, it’s a framework for creating a successful business. Not a single word seen on the web is a coincidence. Companies are doing their best to make people crave their products and services, hiring the best talent and investing billions just to make us buy more stuff. Amazon’s sophisticated AI isn’t working towards curing cancer, it’s grooming you to spend more money.

Here we are, caught in the madness of endless consumption driven by the most powerful entities of our times, watching how the world around us collapses (and it looks like we’re going insane too). From both a personal and a professional point of view, I believe it’s time to stop.

Businesses need to start taking responsibility and shift their priorities away from accumulating wealth towards building a future. In order to survive and still exist in a future where there are still humans willing to spend their money, it’s time to embrace sustainability by design.

What does sustainability by design actually mean?

What do I mean by that therm? I mean making sustainability the DNA of a business, so that all provided services, internal processes, and solutions are consciously shaped with the well-being of the environment as the priority.

But how can this be achieved? As always, it’s best to start with the basics. In order to successfully drive change, we need to focus on the foundations and let those guide us. An alternative framework focused on sustainability seems like a perfect choice. For example, Sarah Lazarovic’s Maslow-inspired Buyerarchy of Needs proposes a shift from buying and owning things as the first-hand solution and turns it into a last resort.

The proposed spending habits are:

With such consumer priorities in mind, it’s possible to start thinking about changing existing businesses and coming up with new ideas. Just think about how cool it would be if instead of asking you to spend money, Amazon would let you know which of your friends already have an item you’re looking for and encouraged you to just borrow it instead? Or if Apple told you that your last year iPhone is still a great device, and you should feel proud rocking it for a bit longer?

There are countless ways how companies can drive a positive change. Spending a part of profits on worthy causes and switching to environmentally friendly solutions are certainly steps in the right direction. However, in order to re-shape societies we need to change the perception of successful business and its values. The circular economy should become the new economy.

There are already plenty of profitable companies with business models focused on sustainability. The whole sharing economy is rooted deep in ideas that promote the distribution of resources between multiple parties, instead of the standard capitalistic ownership model (even though the current execution can be flawed: Airbnb’s is one of the main reasons behind the surge of rent prices in big cities).

Also, think of services like Craigslist and OLX, which bring a second life and purpose to used items. Or the DIY learning platforms such as Skillshare that allow people to craft exactly what they need with a minimum waste of resources.

Even a pretty traditional business, the clothing manufacturer Patagonia, made a shift and designed its services so that customers are inspired to repair their garments instead of purchasing new ones. The possibilities are endless, just as new business models we can discover.

Below you will find some of the most notable examples of companies following the sustainable principles of the Buyerarchy of Needs.

Instead of buying new stuff, use what you have 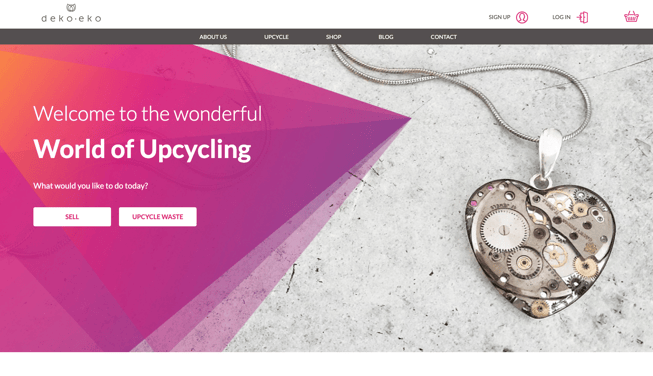 As easy as it sounds, the most sustainable option in fulfilling someone’s needs is to use what’s already at hand. There are plenty of services which, either by business model or user-generated content, encourage users to utilize their existing properties by either repair, creative upcycling or crafted repurposing.

For example, a handyman service platform, Fixly, ran a social media campaign focused on showing customers that fixing their items is often a cheaper and better option. Pinterest’s DIY and Crafts category is also thriving, ranked number 7 out of 33 in popularity. Some other notable examples of “use what you have” related companies include:

Estimated annual revenues are based on owler.com data.

Borrow instead of buying

Out of all the Buyearachry categories, rental has recently gained the most traction among businesses, as it involves all the transportation companies such as Uber, Lime, and Bird.

Just taking a look at the long list of such mobility rental services validates the gradual shift from the very idea of ownership to simply meeting someone’s needs. Here are some of the notable examples:

Although substantial, the mobility aspect isn’t the only example of the rental movement. Other solutions include everything matching the “Netflix for” or “Airbnb for” model, including fashion, camera gear, and sneakers:

Swap instead of buying

Barter is tricky by itself, as it requires the mutual need for each other’s product. The success stories cover especially the offline fashion industry and the B2B sector; however, there are several good examples of brining the swapping experience to the digital world:

Thrift instead of buying

Used item shops and marketplaces were popular long before the digital era and easily became one of the pillars of the dotcom bubble in the late 90s with companies such as Amazon, eBay, and Craigslist. As second-hand goods provide economic value for both the seller and buyer (and often the middleman as well), they’re getting lots of attention even well into the XXI century thanks to Facebook Marketplace and OLX.

Make instead of buying

Manual creation of goods that will help one meet their needs is often related to the upcycling, repurposing and DIY initiatives described in the “Use what you have” paragraph. Some of the categories that are currently being disrupted by the DIY culture are cosmetics and home cleaning products. Another new challenger in this space is the 3D printing industry, allowing people to customize and craft basically anything they need.

The last resort of sustainability, retail, one of the main drivers of over-consumption and unsustainable working conditions, is sadly doing well and growing: up 5% between 2013 and 2018. There are, however, initiatives that try to make retail more sustainable and environmentally friendly. And that’s not without a good reason.

Citing Forbes, “52% of millennials and 48% of Gen Xers feel it’s important that their values align with the brands they like,” and one of the key values is the protection of the environment. Companies are responding by shifting towards local production and responsibly sourced materials.

Educating consumers about the impact of their choices is another key factor. Would you be so keen on buying a new t-shirt if you knew that it requires more than 2700 liters of water to produce one? Or if you learned that your brand new pair of jeans has been manufactured by a child living in unbearable conditions?

Companies are well aware of these facts, yet conceal the truth from consumers so they can keep driving their revenue and maintain high profit margins. And these choices are made by the tech specialists. Being one of them, I truly believe it’s about time we started discouraging mindless over-consumption and promote wiser choices instead.

Fast fashion, I’m looking at you. 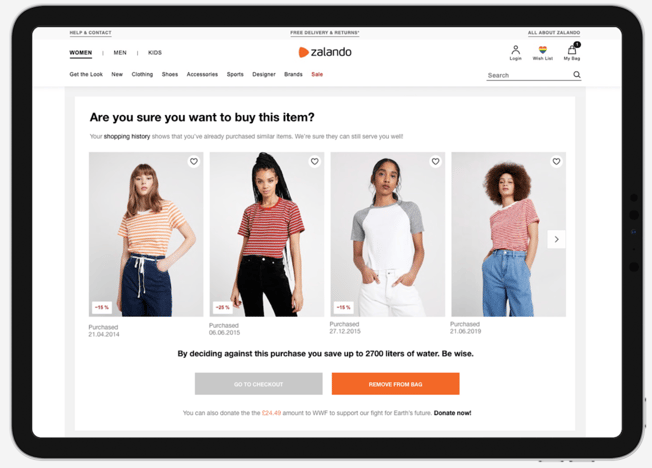 Having said all that, I’m reaching out to all the executives, managers, developers, and designers to make a push for a change and question the status quo. Let our voices be heard so that in the following years we'll be able to successfully change our ways, find sustainable economic models, minimize our resource consumption, and enjoy life on Earth as we did for thousands of years.

As of now, there is no planet B.

READ ALSO FROM Product Design
Read also
Product Design Sprint Process, Methods, Tools and Templates: A Complete Guide to Running a Design Sprint
Design Systems. What, How, and Why Your Digital Product Needs One
How to Win Patients’ Trust – Key Takeaways from Disruption Talks: Patient Engagement in Healthcare
Need a successful project?
Estimate project or contact us