Hello! Sharing is caring, so we'd love to share another piece of knowledge with you. We prepared a three-part nginx tutorial. If you already know something about nginx, or if you'd just like to expand your experience and understanding - this is the perfect place for you!

We will tell you how nginx works, going through the concepts behind it, how you can optimise it to boost your app's performance, and how to get it up and running quickly.

This tutorial will have three parts:

We aimed to create a series in which you can easily find the proper configuration for a particular topic (like gzip, SSL, etc.), or simply read it all through. For the best learning experience, we suggest you set nginx up on your own machine and fiddle with it yourself.

Nginx was originally created as a web server to solve the C10k problem. And, as a web server, it can serve your data with blazing speed. But nginx is so much more than just a web server. You can use it as a reverse proxy, making for easy integration with slower upstream servers (like Unicorn or Puma). You can distribute your traffic properly (load balancing), stream media, resize your images on the fly, cache content, and much more.

The basic nginx architecture consists of a master process and its workers. The master is supposed to read the configuration file and maintain worker processes, while workers do the actual processing of requests.

While your nginx instance is running, you can manage it by sending signals:

By default, the nginx configuration file can be found in:

This file consists of:

Has one value per context. Also, it can be defined only once in the context. Subcontexts can override the parent directive, but this override will be valid only in a given subcontext.

Adding multiple directives in the same context will add to the values instead of overwriting them altogether. Defining a directive in a subcontext will override ALL parent values in the given subcontext.

Actions are directives that change things. Their inheritance behaviour will depend on the module.

For example, in the case of the rewrite directive, every matching directive will be executed:

If the user tries to fetch /sample:

This is a different behaviour than what the return directive provides:

In the case above, the 200 status is returned immediately.

Inside nginx, you can specify multiple virtual servers, each described by a server { } context.

This will give nginx some insight on how to handle incoming requests. Nginx will first check the listen directive to test which virtual server is listening on the given IP combination. Then, the value from server_name directive is tested against the Host header, which stores the domain name of the server.

Nginx will choose the virtual server in the following order:

In the example above, this will mean:

When there is ambiguity, nginx uses the following order:

It is worth keeping in mind that

is an abbreviation of:

With one difference: .netguru.co is stored in the second table, which means that it is a bit slower than an explicit declaration.

In most cases, you’ll find that the listen directive accepts IP values.

However, it is also possible to specify UNIX-domain sockets:

You can even use hostnames:

This should be used with caution, as the hostname may not be resolved upon nginx's launch, causing nginx to be unable to bind on a given TCP socket.

With all that knowledge, we should be able to create and understand the minimal configuration needed to run nginx.

The root directive sets the root directory for requests, allowing nginx to map the incoming request onto the file system.

Which allows nginx to return server content according to the request:

The location directive sets the configuration depending on the requested URI.

When no modifier is specified, the path is treated as prefix, after which anything can follow. The above example will match:

Also, multiple location directives can be used in a given context:

Nginx also provides a few modifiers which can be used in conjunction with location. These modifiers impact which location block will be used, as each modifier has assigned precedence.

Nginx will first check for any exact matches. If it doesn't find any, it'll look for preferential ones. If this match also fails, regex matches will be tested in the order of their appearance. If everything else fails, the last prefix match will be used.

This directive will try different paths, returning whichever is found.

So for /foo.html , it will try to return files in the following order:

Thus, you should avoid try_files in a server context:

Thank you for reading. This series would not have been possible without the great amount of resources found in the depths of the internet. Here are a few great websites we found especially useful when writing this series:

We'll be more than happy to see some feedback or discussion, so feel free to leave comments or get in touch in any other way! Did you like the tutorial? Do you have some suggestions on what subject we should take up next? Or maybe you spotted a bug? Let us know and see you next time! 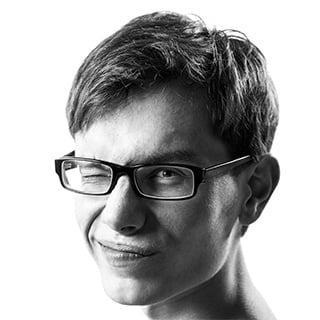 READ ALSO FROM DevOps
Read also
AWS for Beginners: Hosting Frontend Production on AWS
Netguru DevOps Team About Their Work – Why Bother? What Skills Are Useful? Is It a Role for Everybody?
What You Can Do to Progress as a Devops Engineer - Read and Apply so as Not to Lose Market Value
Need a successful project?
Estimate project or contact us