7 Reasons Why Python is Perfect for Startups (Update)

Startups planning a product development process need to consider many factors when it comes to picking the right programming language. Often working on a tight budget, startups must carefully consider: the speed of development, the popularity of language, the cost of developers, libraries, integrations, security, scalability, and stability. It is for these reasons that your best bet will be to go for a robust and established technology such as Python.

Python has been on the market for nearly 30 years and is still considered to be one of the top programming languages in existence. According to BuiltWith, there are nearly 1 million (994,753) websites that are Python customers, and the TIOBE Index, a programming community index that measures the popularity of programming languages, currently ranks Python as the third most popular language in the world. 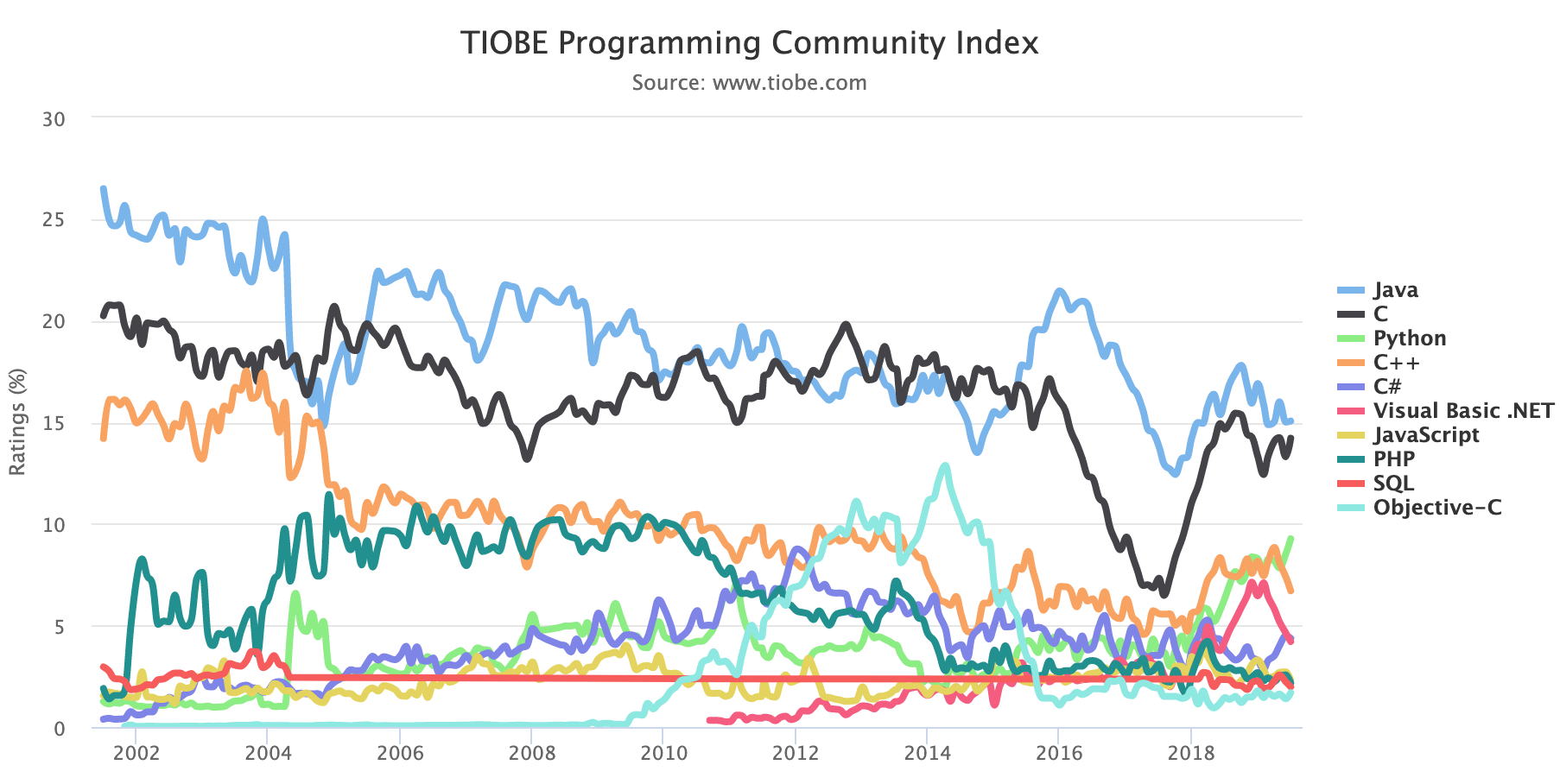 Why so popular? Well, in short, because Python is a high-level, dynamic, object-oriented programming language, which focuses on rapid and robust development and can be used for projects of practically any size. Giants like Google, Facebook, Reddit, Spotify, Netflix, IBM, Instagram, and Dropbox all have major dependencies on Python. And many fast-rising startups have Python in their tech stack, too, including TravelPerk, Festicket, and 21 Buttons.

Seeing that you will most certainly be in great company if you choose Python. But let’s delve a little deeper, and consider the whys and the hows that make Python such a fantastic option for startups.

Python developers love the language for its simplicity and beauty. The Python philosophy says that “there is only one best way to do something, and that is how it should be done.” A number of core principles support the philosophy, three of which are:

In practice, these guiding principles manifest themselves in a language that is intuitive, neat, well-structured, easy to use, and easy to learn – inviting qualities that combine to make Python particularly well-suited to startups with budget, time, and profitability constraints to take into account.

We can see from the TIOBE Index that Python is one of the most in-demand languages. The popularity is echoed in the job market. According to Stack Overflow Developer Survey in which 90 000 developers took part, Python is the fourth most popular technology, overtaken only by JavaScript, HTML/CSS and SQL. This year, Python surpassed Java.

What is also very important, Python has been voted as the second most loved and the first most wanted language of the world.

Another great thing about the popularity of Python is that there is a large and active community of supporters. In fact, Python’s programmer community is one of the very best in the world, and you will be hard pressed to find another community as expansive and devoted as Python’s.

What this means is that you will easily find full and readily-accessible support for any type of complexity you encounter during development. There are literally hundreds of thousands of programmers and supporters all over the globe dedicated to improving the language’s core features and functionalities.

Python can be applied to pretty much any development scenario – whether you need code that works on Windows, MacOS, and Linux, Python is the answer. It plays a key role in areas like gaming, language development, prototyping, graphic design applications, web frameworks, and, more recently, has grown in popularity as one of the core languages used in data science and machine learning (ML).

And this could be a key consideration if your application requires ML functionalities. Since Python is a high-level simple language, it makes for fast prototyping and tweaking for machine learning algorithms, and is a much more suitable language for this type of endeavour than the likes of Ruby, for example. What’s more, since Python is so fast to develop with, you will be able to test out ideas much more quickly in Python than with other languages, saving yourself time, and reducing development costs.

In order for a startup to succeed, it needs the flexibility to grow. However, exactly when scalability will become a priority for your company cannot be easily predicted. And this is why it is imperative that you choose a programming language that can easily scale up and down.

The simplicity of Python means that not only is it easy to maintain, but it can also handle quick growth. What’s more, if you use the Django framework – the most popular framework for Python – you will also put yourself in good stead to scale. This is because the series of components that make up Django are decoupled (i.e. independent from one another), which means that they can be chopped, changed, removed, and replaced as and when your project requires larger or more specific solutions.

What is really important for a startup is to get to the market fast. You need to create an MVP ASAP to get funding for further development. Python will help you with that. Thanks to its popularity, the big community around, and an impressive set of third-party libraries, Python is the best choice for creating an MVP quickly. It’s possible to create the same set of functionalities with much fewer lines of code comparing to many other languages.

You don’t need an army

Python allows you to create a proof of concept with a very small number of developers. You don’t need a big team to work faster, in comparison to other languages. The Python development team can stay small and the code will remain of good quality. Of course, a smaller team means that the expenses are also small, which is really important for startups.

So, should you start up your startup with Python? Python will certainly be an excellent choice in a great deal of use cases. Python is free to use, has all the libraries you could possibly imagine, a fantastic community and global support network, is user-friendly, versatile, popular, stable, scalable, and is one of the very best options out there for machine learning and data analysis. For these reasons, Python proves to be an invaluable tool for multi-billion-dollar corporations and startups alike.

If you’re wondering whether Python is a good match for your startup project, leave a comment below or get in touch with us here at Netguru today – we’ll be more than happy to chat through your requirements and advise you on the best path forward.