Machine Learning in the Healthcare Industry

Artificial Intelligence (AI) can bring more benefits to healthcare than to any other industry. However, until recently the progress here has been slower than in other fields - such as finance or e-commerce. Luckily, this has changed lately. With significant investments, we can see an outburst of machine learning applications that should lead to medical revolutions in many fields.

Artificial Intelligence in healthcare could grow to $6.16 billion at an annual rate of 68.55% between 2018 and 2022 , according to an analysis by consulting firm Frost & Sullivan. The most promising fields of application are automatic diagnosis (mostly image recognition), regional disease hot spot identification, personalized treatment options by combining patient-generated data with academic evidence, and addressing the weakest link in medical treatment - patients not following doctors’ recommendations. A study shows that half of the prescriptions the US doctors give to their patients aren't taken as directed. This behavior can be predicted, and apps could send alerts to the patients.

One of the first AI healthcare projects was Dendral, an expert computer system from the 1960s that helped organic chemists identify organic molecules by analyzing the mass spectrometry data. In the 80s and 90s, approaches involving fuzzy theory, Bayesian networks, and artificial neural networks were applied. However, due to low computing power and insufficient amounts of data the progress was very slow.

Research shows diagnostics errors may be responsible for one in ten patient deaths, as well as 6-17 percent of all hospital complications. Achievements in ML image recognition made it possible to implement reliable automation of diagnostics, removing human error from the equation.

AlexNet winning ImageNet in 2012 is considered to be a turning point in ML image recognition. It led to projects such as the application of DNNs (Deep Neural Networks) for object detection. As a result, Deep Neural Networks replaced traditional algorithms, such as marginal space learning.

Geoff Hinton (the godfather of Deep Learning) said in 2016 that radiologists are "the coyote already over the edge of the cliff who hasn't yet looked down." The same may happen to dermatologists. This is because machines are demonstrably better at recognizing anomalies in x-ray photos as well as skin photos than humans.

With every year a new milestone is achieved. Deep Learning models have been better than radiologists in diagnosing pneumonia for over a year. In 2017 Stanford researchers developed an algorithm called CheXNet which is able to analyze X-ray images and diagnose up to 14 different medical conditions. In the case of pneumonia, they performed better than an experienced radiologist working alone.

Also in 2017, a deep learning Convolutional Neural Network (CNN) achieved dermatologist-level performance in skin cancer classification. CNNs are algorithms based on biological processes that, at the, moment are most commonly used to recognize images. A group of scientists trained a CNN using a dataset of 129,450 clinical images consisting of 2,032 different diseases.

As described in this paper the results were promising - the machine could detect skin cancer with the accuracy of a skilled dermatologist. This was a revolutionary result, since algorithms working with this accuracy could be used in a smartphone app. The authors of the paper predict that by 2021 as many as 6.3 billion smartphone subscriptions will provide low-cost access to skin cancer diagnostics around the world.

The US has traditionally been the global hub for cutting-edge healthcare technology, however recently China is challenging the AI leader.

In June 2018 a Chinese AI system called BioMind was able to beat a team of 15 "elite human physicians" in diagnosing brain tumors. The algorithm gave correct diagnoses in 87 percent of 225 cases in about 15 minutes, while the human experts scored 66-percent accuracy.

In the next "game" the task was to identify brain hematoma expansion cases. The machine was able to do it correctly 83 percent of the time, while the doctors were right in 63 percent of their predictions.

The deep learning system was even more accurate when giving a diagnosis of more common neurological diseases, such as meningioma or glioma, with an accuracy exceeding 90 percent, a result on par with a senior human neurologist.

BioMind was trained on a database of thousands of images of real cases collected in Tiantan. Access to such data is the key to ML development.

The success of AI developers spurred a meme of doctors being replaced by robots. This was quite shocking, as we think of medicine as a much more complex and unpredictable job than driving a car or sorting parcels in a warehouse.

Although the diagnostic accuracy of algorithms is impressive, the process of treating most diseases consists of many tasks that interact with each other, making it a much more complex system. Additionally, treating people has always involved individual responsibility, a problem that is even wider than just legal issues.

A radiologist's job is not just fast image recognition. As any other clinician, they need to interview the patient, gather information, analyze the process, reason, report, and communicate it adequately to the patient. Convincing the patient to undertake the right steps to help their case is one of the most challenging tasks in medicine.

The most likely outcome is that doctors who can use AI solutions to increase the accuracy of their diagnosis and effectiveness of the treatment, as well as decrease of the time needed to assist a case will replace the doctors who ignore the ongoing revolution. This prediction made for radiologists last year by Stanford's Center for Artificial Intelligence in Medicine and Imagining seems to be very likely to come true in many other fields of medicine.

The catalysts for ML growth in healthcare

There are a lot of arguments for the trend.

Machine learning could help us overcome some of the key challenges of  modern medicine. Solving some of these problems could save a lot of money spent on healthcare (the non-adherence problem), some could improve the efficiency of treatment (cheaper, more accurate, and more accessible diagnostics), some could help mitigate one of the direct threats to humankind’s existence. 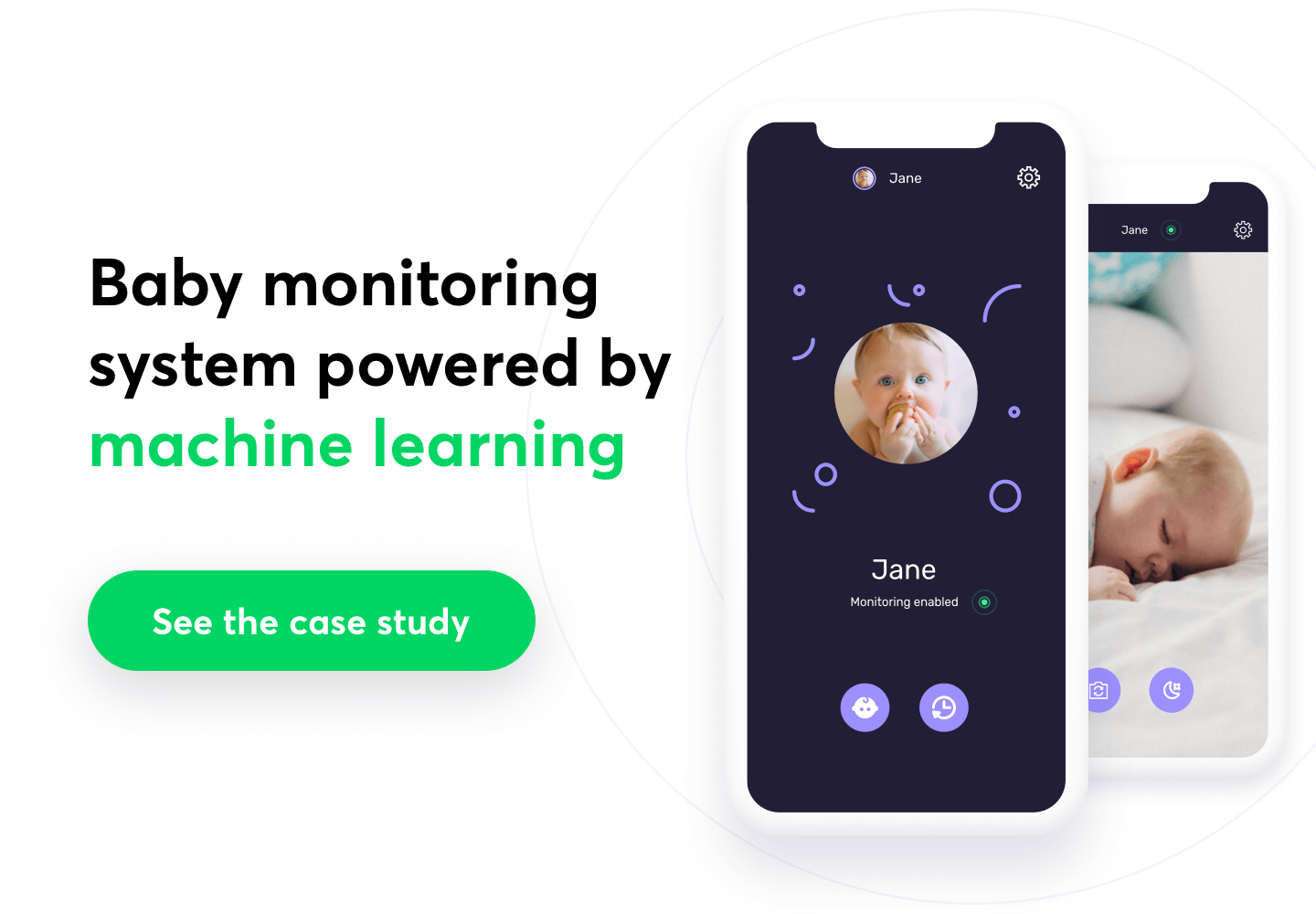 READ ALSO FROM Healthcare
Read also
Some of the Deadliest Diseases Can Be Prevented by Using Modern Technology Solutions – Interview with Michał Sosiński, CEO at Soma Healthcare
6 Most Promising Healthcare Startups that Can leverage ML in Their Processes
Intelligent Medical Diagnostics – How Artificial Intelligence and Machine Learning Improve Disease Detection Rates
Need a successful project?
Estimate project or contact us
Menu
Technology
Services