Why we use pair programming during interviews?

We use pair programming as a form of a recruitment tool, because it is way more representative of a coder’s skill rather than just looking at a CV and asking a long set of questions face to face. 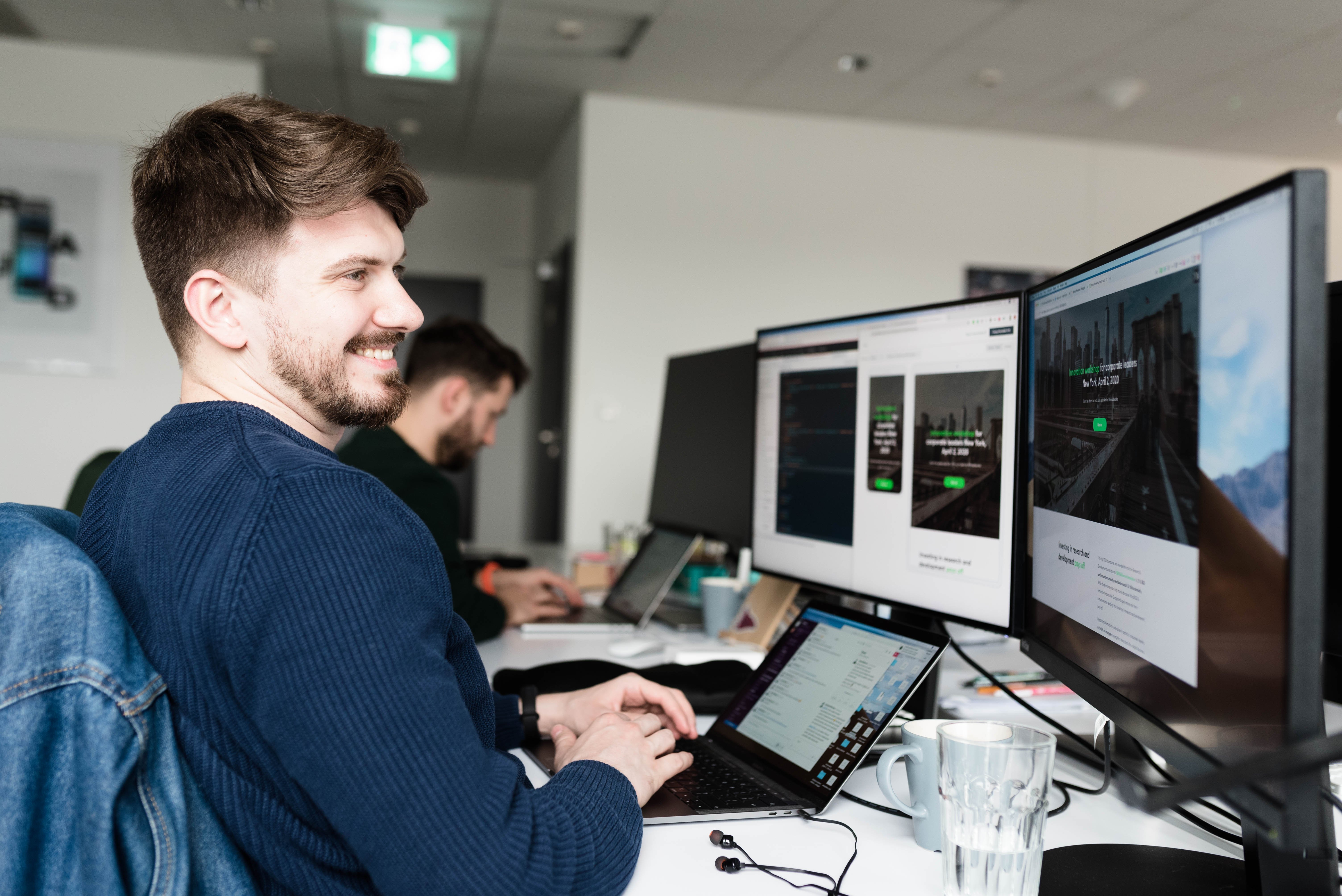 How does it start?

First, in order to do a pair programming session, we need two people: one from our company and the other one who would like to apply for a position on our team. As soon as we have them, we arrange a meeting. We're a very remote-friendly company, so if we are not able meet in the office, we just use one of well-known tools like: google hangout (which has now new desktop sharing feature enabled) or Screenhero. No matter which tool we use, the effect is still the same - we've got two great programmers seeing the same code they will be hacking on soon.

What is pair programming and how it actually works?

An interview begins with a conversation about related technologies, including a discussion about how certain things work. We talk about basics at the beginning of the meeting, moving from general questions (for example, what does the communication between client and server look like) to more specific ones, related to the candidate’s profile.
In the second half of the interview, we switch to the IDE to begin with a pair programming session. Often, it includes a few small tasks, built in a way which allows us to understand the approach of the candidate. Our developer explains a task, and then they assists the candidate, while asking simple questions in order to better understand the candidate and their knowledge.

What are the typical questions asked during a pair programming session? 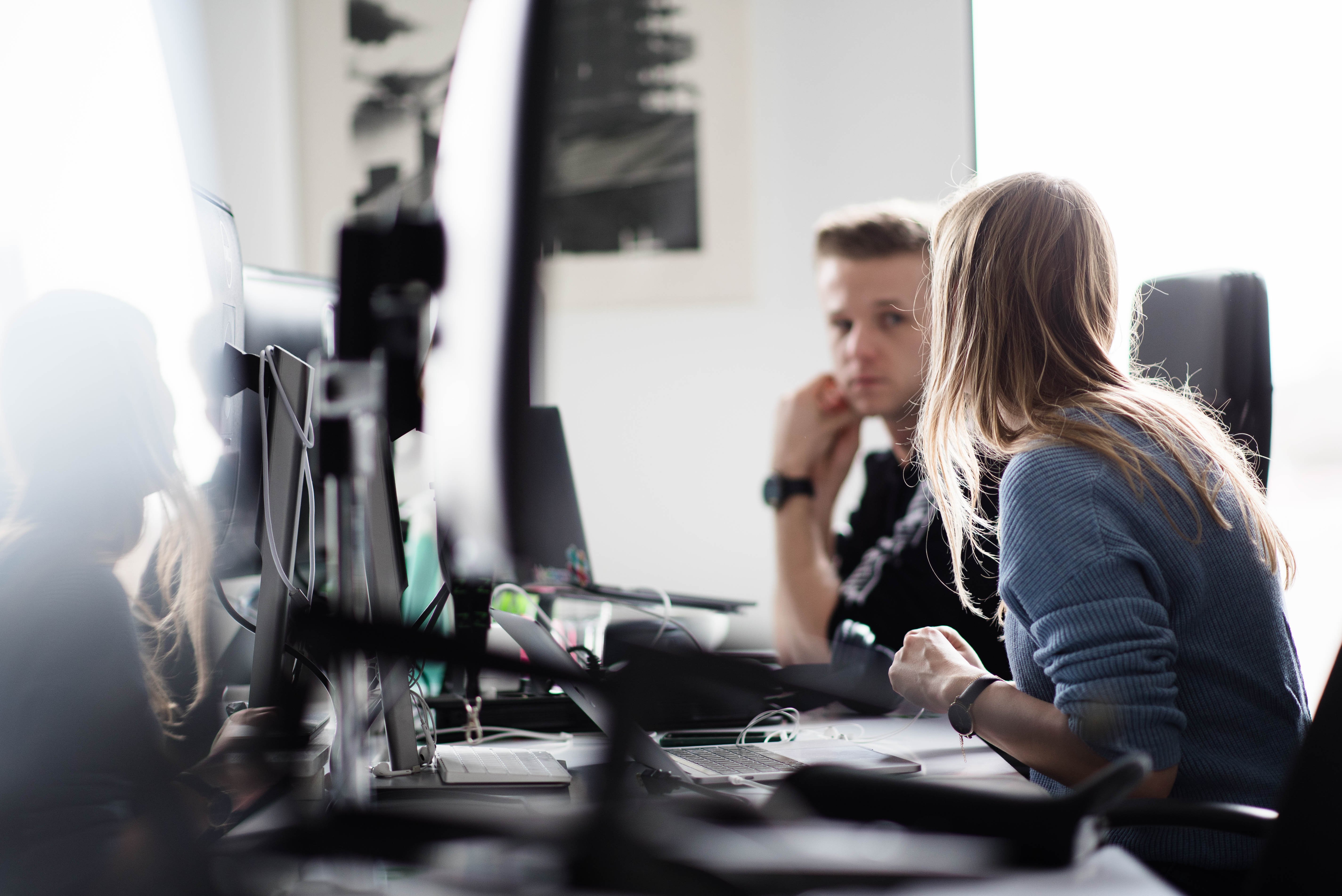 Why do we do this?

We know more about the person we're dealing with this way. We have the 'feel' for how the person will fit within in our team (we're mostly young happy people, we like optimists!:)). And it's ALWAYS better to talk to a developer with code. It's his natural environment and he should feel good there. We programmers tend to be introverts often and we're afraid to make contact. Adding code to the dialog seems to lower that barrier and make the recruitment process less painful (sometimes it has even turned into enjoyable experience to both developers!).

And of course, we can see what kind of person our candidate is. Is he trying to do everything on his own, or rather ask if he’s stuck? How good is he in finding information (we encourage people to use Google Search/Stack Overflow during these sessions, because that’s something we do every time), because it’s one of the core skills of developer. We’re interested in how people think about given problems, what drives them or what they still have to learn.

The idea of pair programming isn’t new of course, we’re basing this on the experience of PivotalLabs, which does pair programming all the time and their developers love it. They also claim that talking to a candidate and spending some time with him shows if the person is willing to absorb knowledge and verbalize what is he thinking during the session.

We always give feedback to candidates. We tell them what could’ve been done better, or where we think they need to put additional effort in order to be a better programmer. Naturally, there’s often a chance to send an high five over when task is complete and works as expected. Even if we see that we’re not going to work together in the future, we give advice and link to resources which we think could help. Feedback is the core element to achieving progress. But that’s something for another blog post.

Pair programming is a great opportunity to talk to a potential developer recruit. It’s the place where both technical and social skills meet together. It’s also a very good way to see if the person is the kind of person we would like to work with in next months, discover his attitude and learn about his goals.

Want to check our process from the inside? Apply for one of our job offers!

Adam is crazy about the color blue, but don't let the first impression mislead you. While working...