Google, Amazon, Facebook, Uber, and more. The biggest global tech companies have Python in their tech stacks. Read the 12 short case studies to find out why the most successful founders chose Python, and how they use it now to scale up their operations and improve competitiveness.

Even if you’re not a programmer, you’ve probably heard of the Python language at some point. Created in 1991, it has evolved quite a lot, and won over many enthusiasts. Python fans like it for its simplicity and beauty.
Two mottos: ‘beautiful is better than ugly’ and ‘simple is better than complex’ are part of the language’s core philosophy summarised in The Zen of Python.
Python is also versatile. As a multi-paradigm language, Python allows developers to build their applications using multiple approaches, including both object-oriented programming and functional programming.

Who doesn’t love Dropbox? The company managed to take something deceivingly simple (storing stuff online), scale it to an incredible level, create a product that’s great to use, and make tonnes of money in the process.
Dropbox, currently valued at somewhere around $8bn, uses Python for a lot of things, including their polished and friendly desktop client.

Although Instagram’s tech stack has evolved quite a lot since their humble beginnings, there would be no Instagram today without Python.
Before the image-sharing company got acquired for huge amounts of cash by Facebook, it was just a fairly simple website built on Django. For the uninitiated, Django is a high-level Python web framework. Its creators boast that it’s ‘ridiculously fast, reassuringly secure and exceedingly scalable’, and there must be something to it. In fact, Instagram still uses Django today.
If it’s good enough for the multi-billion-dollar social media wonder, it’s probably good enough for the rest of us. 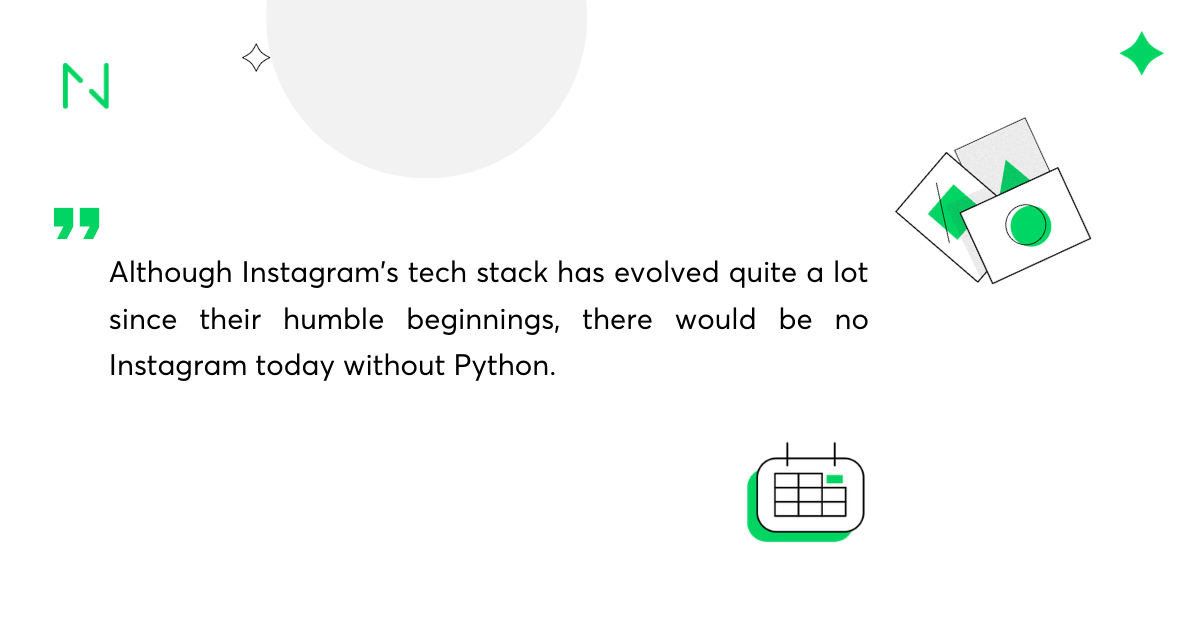 The e-commerce, cloud computing, and entertainment giant also benefits from using Python. The programming language is used for building the recommendation engine. The machine learning system written in Python works on a Hadoop database. Python proves to be the best technology for providing  big data analysis, since it scales so well.

The Pinterest developers build their social media platform for collecting and sharing visual content with Python in 2009-2010, because, as they say, it was the technology they knew.

The big part of the platform's source code is written in Python, but the company also likes to experiment with other technologies.

The flexibility of Python makes such an attitude very easy to take. ”We take a pretty practical approach to language-choice at Pinterest.  We're generally just looking for the best tool for the job, while balancing stack-complexity.  So, for example, we're taking full-advantage of Ruby-based Puppet for deployment and Java-based Lucene when those make most sense,” wrote Pinterest co-founder Paul Sciarra on Quora. 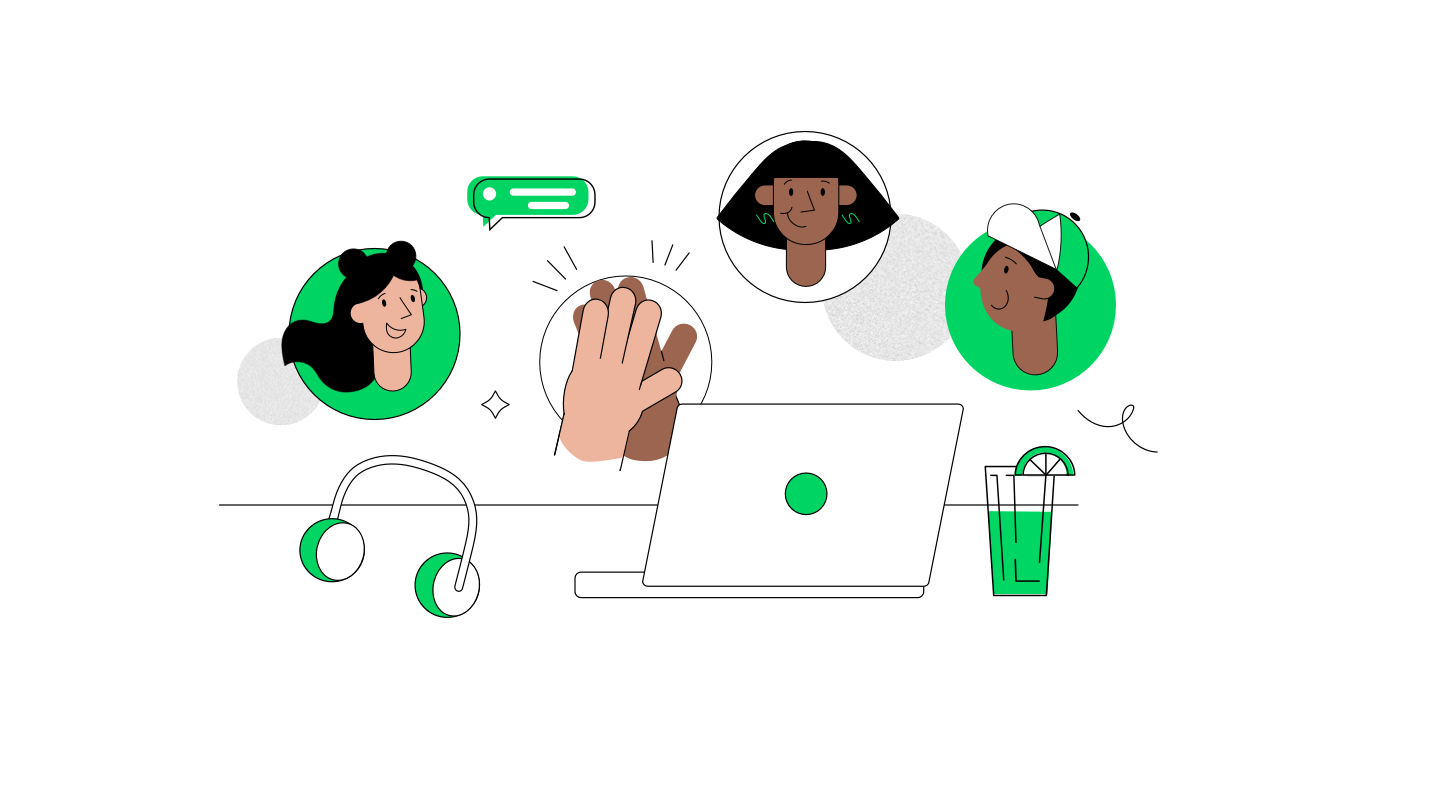 This brings us to Quora, one of the biggest question-and-answer websites used largely by professionals.

As Quora co-founder and CEO Adam D'Angelo explains, in the late 2000s the team didn't want to use PHP. They saw what happened with Facebook, which needed to invest a lot of money and resources to get rid of this legacy software.

Once again, Quora founders didn’t overthink it. They just knew Python. They considered Java, C#, and Scala for a while, but went for Python because of the speed of development. They just wanted to launch their MVP as fast as possible, and Python was still the best at doing it. Did it work?

“So far, we've been pretty happy with the choice. There's a small selection bias, but all of the early employees who'd been working with other languages in the past were happy to transition to Python, especially those coming from PHP,“ wrote D'Angelo on Quora.

The founders of the peer-to-peer ride sharing company had to choose between Ruby or Python. They went for the latter because the Uber platform needs to perform lots of calculations.

The app’s backend predicts the demand and supply, traffic and arrival times, and Python is a better solution for mathematical calculations.
Python is also easier to learn for the developers than Ruby, which solves a huge problem for Silicon Valley companies, where it’s so difficult to hire software engineers.

Uber is very serious about its technology stack, and the company likes to share their thoughts. They use Tornado Python web framework for asynchronous programming. Uber also develops their own visualization frameworks that Python can access to create high-data-density visualizations, which can be rendered in a browser.

Remember the old bromide saying that ‘nobody ever got fired for buying IBM’? Although it might not actually be a compliment if you think about it for a while, there’s no arguing that IBM was – and in many ways, still is – a tech powerhouse.

From old-time mainframes, to the still-beloved model M keyboard and ThinkPads, to today’s Watson – the company has been contributing to the tech landscape for decades. What’s their relationship with Python? Well, you can deploy a Python web server on IBM Bluemix; there’s a Python SDK for Watson (IBM’s big data and AI offering); IBM even published a free Python tutorial for autodidacts.

If even IBM, the ultimate tech dinosaur, uses Python, then there must be something to it.

What Spotify did for music, Netflix did for video. Having started as a DVD-by-mail service, they’re now a high-tech leader, providing streaming video content to hundreds of millions of subscribers.

One of Netflix’s strengths is its powerful recommendation and analytics engine, allowing the company not just to provide you with suggestions, but also predict what kind of original content they should order. What’s the engine based on? You guessed correct. It’s Python. 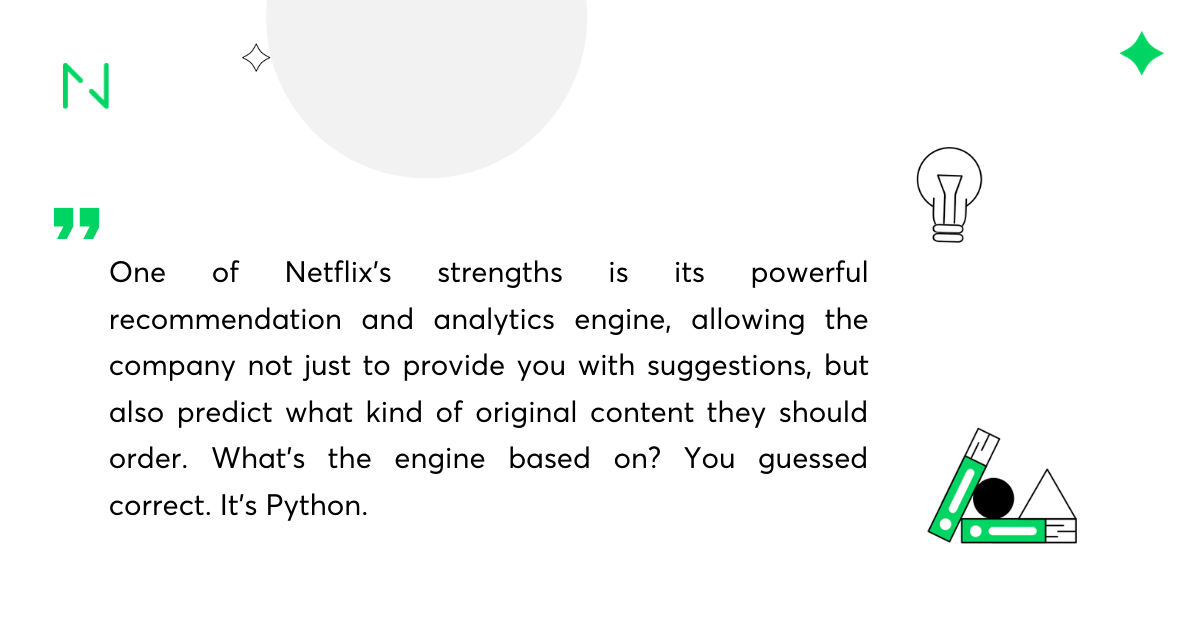 Spotify, the music streaming platform, is a modern mainstay. Thanks to Spotify, long gone are the days of chasing down mp3s on Limewire or Soulseek, looking for torrents on obscure invite-only websites, or listening to low-quality rips on YouTube. And, guess what? Spotify loves Python. They use it for the backend, analytics and much more – and, if you’ve ever used Spotify, you know that the results are great.

The self-appointed ‘front page of the internet’ is everyone’s favourite source of dank memes, cat videos, and tight-knit community interactions alike. Although it used to have quite a reputation for uptime issues, the company’s now on the straight and narrow, with its coffers full of VC money, a growing engineering team, and hundreds of millions of users visiting it every day.
Why does Reddit love Python? For what it does best – simplicity and tons of ready-to-use libraries.

Facebook, although it’s got some bad press due to its nosy habits and robotic CEO, is one of the biggest and most important companies in history.
With over a billion active users, Facebook is practically synonymous with social media. The company is huge, and so is its tech stack, which includes a lot of languages and technologies. However, according to an official blog post from Facebook, Python is responsible for a solid 21% of Facebook’s infrastructure’s codebase. Given the sky-high requirements of this tech giant, 21% is definitely nothing to sneeze at. 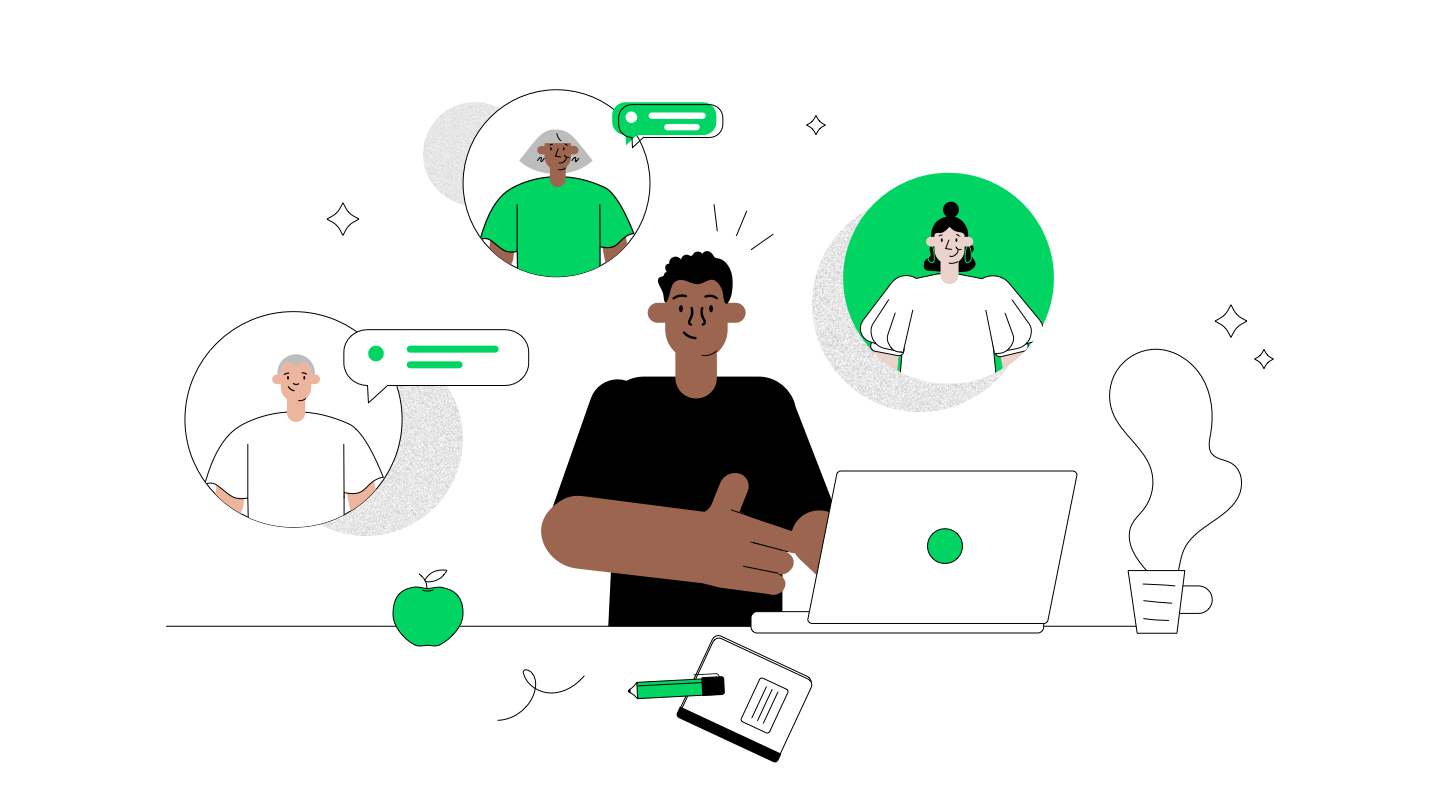 Google is so huge and omnipresent that it’s difficult to say anything about the company that wasn’t said a thousand times before.

They have their fingers in everything – video and music streaming, email, search, advertising, self-driving cars, hardware, and much more.
And what’s one of their engineering mottos? “Python where we can, C++ where we must”.

Besides multiple components, libraries and so on, basically all of Youtube is written in Python. You know, the biggest video streaming platform in the world. If that’s not enough of a recommendation for you, nothing will be.

As you can see, Python is not just a way to make a quick and dirty prototype or a ‘teaching language’ for beginners. It’s a powerful tool used by multi-billion-dollar corporations and extremely talented web developers around the world. Basically every FAANG company uses it, and for very good reasons.
Do you want to learn more about Python? Are you wondering if it’s a good match for your next project? Drop us a line or just leave a comment below – we’re always happy to talk.