Python vs PHP - Which Language Is Better for Your App?

Two programming languages probably couldn’t be more different from each other than Python and PHP. The former is hailed for its simplicity and straightforwardness, while the latter is often criticized for its quirks and tendency to generate spaghetti-like codebases. Python brings to mind modern applications such as machine learning and data science, while PHP is mostly associated with old-timey web development and old-school discussion forums. Still, both remain popular and have their benefits and disadvantages. In this blogpost, we’ll try to present a fair comparison of Python and PHP, taking into account a number of factors which you should consider when choosing the language for your new software project.

As far as sheer features are concerned, PHP has more of them “out of the box”, but Python is much more extensible. To put it differently, PHP comes with batteries included, but Python can be modded to your heart’s content.

For instance, PHP has web development at the very heart of its functionality – it is, in fact, embedded into a web server. To use Python for web development, you need to work with a framework, such as Django. But is it really a bad thing? We’d argue that it isn’t. Django is extremely powerful, and it serves as the backbone of such giants as Instagram or Pinterest. On the other hand, Facebook was initially built in a PHP variant called Hack.

One important thing to consider is security, some say that PHP has historically had a horrible history when it comes to security, which is not the case with Python.

One way of judging maturity is by comparing how long the languages have been around, and Python definitely wins in this regard. It was invented in the late eighties, with its first implementation going live in 1989. PHP is younger, it was first released in 1995. Still, being 20+ years old, both languages can be considered mature, especially in the world of technology, where even one year can feel like a lifetime.

PHP has gone through more iterations than Python - we’re currently at version 7.2.7 of PHP, while the newest Python version has received the number 3.7.0. While this is obviously not a very in-depth metric, you can see that a lot of work has gone into improving PHP, which is not the same language it used to be back in the days of the old web. Another way of looking at it could be that Python was better when it started, while PHP has improved more over time. Either way, both languages could definitely be considered very mature.

Both PHP and Python boast large communities, providing support to new and experienced developers alike. That said, Python has the advantage of being (or at least being perceived as) more modern and more versatile. Since Python can be, and is, used for so many things – from scripting to web development to scientific applications, the community around it is massive. On top of that, Python is backed by the Python Foundation, whose aim is to “promote, protect, and advance the Python programming language, and to support and facilitate the growth of a diverse and international community of Python programmers”. PHP, although definitely not forgotten or abandoned, has a smaller community behind it. mostly because of its perception as a cumbersome, “uncool” language.

Both languages have been praised for their relative simplicity and the ease with which even completely green developers can pick them up. Both are also very well-documented and have IDEs for all operating systems (Windows, macOS, Linux). Picking a winner in this category will be difficult on merit alone. Still, if we had to make a recommendation, we’d go with Python. Thanks to its ever-growing popularity, the language is covered by innumerable online courses and often taught at university to CS students, something that can’t be said about PHP.

To make a judgement about the usability of Python vs PHP, one must first consider the architecture of the languages. Python is (mostly) object-oriented. So is PHP, which, in a nutshell, means that it encapsulates code modules that contain certain functions and data in objects. If your dev team is familiar with object-oriented programming, they should have no issues getting into either PHP or Python.

Since both languages are mostly based on the same paradigm, you can’t really make a judgment based solely on that criterion. It mostly comes down to personal preference, but it seems that many developers prefer Python’s simple syntax, readable indentation, and overall elegance over the way PHP code tends to be structured.

Although PHP can be (and sometimes is) used for other purposes, it is intended as a web development language. Trying to do other things with PHP is not impossible, but using it for other things should be avoided or considered only as an intellectual exercise in bending a technology to your will. In a word, PHP is meant for web and web only.

Python, on the other hand, is infinitely more versatile. It can be used for web development, but also many, many other things. Some examples include data science, machine learning, natural language processing, image processing and, last but not least, mobile and desktop application development. Odds are that if something can be done, it can be done with Python.

Python and PHP are two mature programming languages with solid community backing, documentation, and support. PHP, while younger, is considered messy and uncool by many, although it can be very powerful when used for its intended purpose, which is web development. Python, the older of the two, with its countless modules and libraries, modularity and inherent simplicity, is a favourite of programmers across all domains of software. Whatever you choose to do with it, you probably can’t go wrong, because Python is so adaptable and easy to use that it can be used to achieve almost any programming objective  quickly and efficiently.

Still unsure about which language to choose? Need help with your Python or PHP project? Get in touch, we’re always happy to talk! 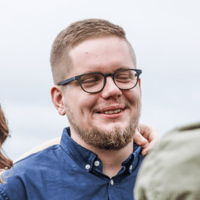 READ ALSO FROM Python
Read also
Pros and Cons of Django - When to Use Python Framework (Updated)
Python App Development: Check How Python Integrates with Other Technologies and Third-Party Providers
How Python is Used in Finance and Fintech | Netguru
Need a successful project?
Estimate project or contact us