There are around 2,200,000 apps in the App Store at the moment. Even though the top apps are only a tiny fraction of that number, it’s still quite a lot of applications.

In such a crowded place, it’s really hard to compete for users’ attention, and even if we manage to reach users and make them download the app, it won’t be easy to keep them using our product on a daily basis. There are many ways to make your app great. Implementing a great design that provides delightful experience and usability is an absolute must. Still, the possibilities don’t end on design. There are a few other functionalities that everybody uses but may not be aware of. We made a list of 10 iOS features that will help your app become more visible and accessible to users. Enjoy!

Sharing content is probably one of the most popular things to do on a mobile device. In iOS, users can utilise a part of your app dedicated to some specific action such as sharing. This feature is called App Extensions, and it can easily be integrated with any existing app out there.

There are two main types of App Extensions: Action & Share. The former can serve a functionality in response to users’ actions, for example, launch a dedicated interface for editing a document or viewing a PDF file. It’s important to implement Action Extensions in a way which will enable the user to perform one simple action. Share Extensions, on the other hand, can only be used for sharing content. A Share Extension should display an interface only when necessary and should be simple enough to achieve the expected result in just a few steps.

What’s really important about Action and Share Extensions is that they both allow the user to quickly perform actions without the need for switching between apps. The opportunity here is to increase your app’s visibility in situations when a user would never think to use your app in the first place. Bear in mind that increasing the visibility of an app is just as important as providing great functionality.

Siri is quite a remarkable tool in the iOS department. It’s very fun and easy to use. What’s crucial to its success, it just feels natural and can often be the first port of call for a user who wants to execute a quick action. It appeals especially to users who are too busy to go through several screens to find the right app. The moment iOS 10 was released, Siri became open for developers. The functionality is currently limited to a few so-called intents, but SiriKit (the framework which allows integrating your app with Siri) shows great potential for further updates and improvements. Some of those intents, such as ordering food or hailing a ride, once implemented for Siri, are available in Maps totally free! 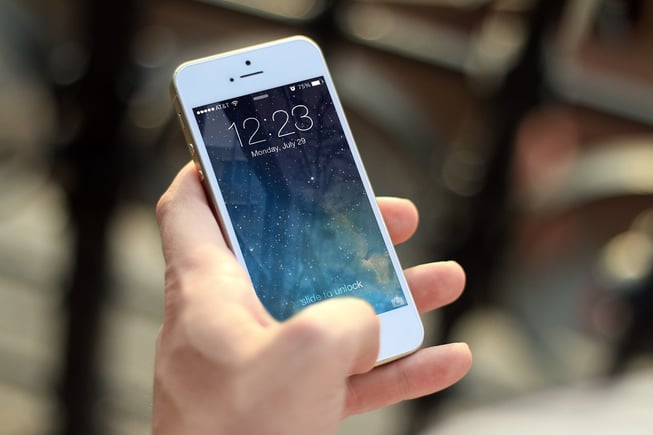 Apple revamped their messaging platform with iOS 10, allowing users to download stickers and iMessage apps from the dedicated section of the App Store. What does it exactly mean? Well, users now don’t need to open to their favourite fitness app to share their latest workout with a friend. Sending documents, photos, music and a lot more has never been that simple.

Integrating your app with iMessage and serving content that users would otherwise have to get from your app and then paste it back to iMessage is a huge win. It’s very simple and intuitive and much more convenient. You can add some stickers while you’re at it! They’re fun and allow your users to remember your app and have warm feelings about it. Also, if a user sends a sticker from your app to their friends, they might download the app just to try it out. Who knows, maybe the will become a regular user of your app too?

Widgets allow the user to view what’s up for today quickly. Use this capability to provide tailored content to the user, such as upcoming events, reminders, or other relevant information. Today widgets can also provide shortcut actions to your app or other simple features. Remember that widgets have to be simple – for complex actions, you should redirect the user to your app. What actions can be considered complex? Navigation features are both simple and complex at the same time. If a user would like to get directions to the office, your today widget can simply present that location right away and tapping on it will launch the navigation immediately. Typing some other destination could be more difficult and should be done from within the app itself.

If your app serves some searchable content, you have to adapt your app to work with Spotlight. When the user performs a search using Spotlight on iOS, your app could then appear as one serving some content matching the user’s query. It can be as simple as displaying the user’s friends or contacts served by your app, or it can show much more specific information. Spotlight can be a powerful tool in developers’ hands.

App suggestions based on a user’s location are a great feature in iOS. iOS displays a small icon in the place of handoff on the lock screen as well as in the app switcher. A great example here is Facebook, which often gets suggested when you’re in a city where some of your events take place. This feature works not only for GPS-based locations but also with beacons, which are part of the location services in iOS.

App suggestions also work for music or podcast apps, for example when you plug earphones in, or in apps with navigation features, when you connect your phone to the car’s system. iOS 10 also suggests apps based on the user’s habits and the time of day

Redirect from email and websites to your app

Redirecting is hardly a new feature, however, with iOS 9, it got greatly improved with the introduction of the apple-app-site-association file. This little file defines apps and paths that apps can handle and will be associated with a specific http domain. You have to place this file in the root directory of your website domain (or in .well-known) and define the domains in the iOS project. Once your app is installed on the user’s device, iOS will figure out what domain it should connect to to get information about what and how to redirect to your application, where you can handle the request and perform predefined actions.

This feature can be used in various use cases. My suggestion would be to implement a password reset screen and redirect users from password-reset emails to the application. It’s a very nice feature that allows the user to open the same link on a computer and a mobile device, delivering a different experience depending on the device they are using at the moment.

3D Touch is a very simple feature to implement. It requires minimum development work and will result in very useful shortcuts to your app. What’s even more important, you can reuse the today extension that your team has already made for your app and display it along the quick actions. What can be better than reducing the friction of waiting for the app’s launch while the user is waiting to access the requested feature? 3D Touch is here to help, and you have to have it in your app!

Have we forgotten about anything? What iOS feature would you add to increase its visibility?