8 Reasons Why Vue.js is Worth Considering for Your Next Project

Vue.js is a flexible technology that you can employ to build modern, nimble apps without using a lot of resources.

In this article, we’ll go over the main benefits of the framework (which we’ve learned to appreciate through our own experience) and show you why it could be a good choice for your next app development project.

Unlike some other popular frameworks, it’s not backed by any big tech company – while React was built and is supported by Facebook and Angular has Google’s backing, Vue.js is entirely created and maintained by the community.

In another contrast to the monolithic frameworks on the market, Vue.js is incrementally adoptable, meaning that you don’t have to go all in at the very start.

Its main focus is the view layer (so UI, pages, and other visual elements), which makes the framework easy to integrate into existing projects, but it’s also a good choice if you’re building a sophisticated single-page application (SPA) – provided that you combine it with modern tooling.

So why should you consider Vue.js for app development? Read on to learn the reasons.

Vue.js is flexible and scalable.

In practice, this means that it can be used for a huge, modular SPA (Single Page Apps) as well as to construct small, interactive parts to be integrated using a different technology.

In other words, it can be anything you need it to: just a library in your project or a full-featured framework used to build an entire product.

Writing boilerplate code is a time and resource sink. Vue.js helps you avoid this kind of busy work by providing a lot of built-in solutions and enforcing effort-saving conventions.

Some of these include native support for things like state management, animations, and composing components. While this might sound very technical, the takeaway is simple: why waste time reinventing the wheel when you can just use Vue?

Maintenance is an oft-forgotten part of software development.

After you’ve built and deployed your app, you also have to keep up to date with bug fixes, new features, and other improvements. Vue.js makes updating easy. New releases including large updates are made in such a way as to maintain as much backwards compatibility as possible (90% between versions 1 and 2).

In addition, a Vue-based project will not need a refactor quickly, freeing your precious resources up for feature development rather than what is basically rework from the business point of view.

Developers love Vue.js not just because it’s a great technology, but also because it’s made with them in mind.

First, there’s vue-cli (CLI stands for ‘command line interface’), a handy tool that makes it trivially easy to start (as well as configure, run, analyse, and test) a new project using your choice of tools. Vue-cli is much more flexible compared to similar offerings from competitors and provides a lot of preconfigured setups.

There’s also a graphical interface (Vue GUI) available, which can help you get started on your project without typing cryptic commands into the terminal.

Other examples of useful Vue tools – or toolboxes, given their extensive functionality – include nuxt.js (“a meta-framework for universal applications”), Vue Storefront (“next generation PWA for e-commerce), and Vuetify (“Material Design component framework”).

Then there’s the awesome documentation – it’s so well-written that learning the framework from it is like a stroll in the park.

Also, while we’re on the subject of learning, Vue’s learning curve is very newbie-friendly.

You don’t really need a lot of time to get familiar with this technology, plus there’s no need to figure out tons of tools. If you do get stuck, just reach out to the community – it’s really robust, so you typically get an answer quickly.

5. Learns from others’ mistakes

Another thing that makes Vue a solid technological choice is the fact that since it’s newer, its creators had the opportunity to learn from their predecessors’ mistakes, especially the issues present in AngularJS 1.x.

The clunky, illogical and hacky bits of other major frameworks are nowhere to be seen in Vue.

Vue.js really makes the best out of whatever resources you devote to it.

First, Vue apps are smaller in size (so they are quicker to load and use less bandwidth) and typically more performant than equivalent applications built in other frameworks.

This is not a matter of opinion - there are actual benchmark to prove this statement.

While we’re on the subject of performance, Vue takes care of a lot of optimizations on its own, so there’s no need for developers to worry about tweaking the application as it grows.

They can focus on adding new, value-oriented things to it. This also means that Vue apps are scalable: it’s relatively easy to take them from a simple one-page app to an advanced system.

If you have a project that is in need of a performance boost, rewriting it in Vue may be the silver bullet.

Thanks to its progressive nature, the framework can be introduced into your codebase gradually – there’s no need to rework the whole thing in one fell swoop. Go component by component to make the whole endeavor more manageable instead.

8. Popular - and chosen by the best

Thanks to its numerous advantages, Vue.js is gaining popularity really quickly.

Its users include the media giant NBC and America’s MIT, and you’d better believe that these guys know their technology (it’s right there in the name!). If you want more examples, well, we have 13 of them.

It’s also worth mentioning that, while it’s easier to find developers who are already familiar with React or Angular, Vue’s learning curve makes it really easy to train your employees to use the technology.

This means that if you already have a team of developers on board, you won’t necessarily have to recruit new ones – just give the existing team a bit of time to get familiar with the framework.

Vue.js in a nutshell

Time for a brief recap.

Vue.js is user- and developer-friendly, has tons of useful libraries, a solid community and a great toolset.

It’s also easy to learn, and it’s flexible by nature. It takes care of performance issues and scales well. What’s not to like?

If you’re intrigued, get in touch – our in-house Vue.js experts can help you decide if it’s the right choice for your next development project. Get in touch with us or estimate project.

We’ll be more than happy to chat through your requirements and advise you on the best path forward. 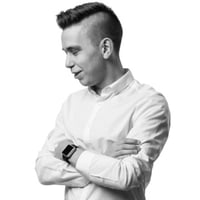 READ ALSO FROM Frontend
Read also
Storythinking: An Honest and Effective Approach to Data Visualization
These Companies Built Successful Projects With Angular  – Examples of Apps Built with Angular
7 Benefits of Angular You Should Know if You Want to Build a Digital Product
Need a successful project?
Estimate project or contact us
Menu
Technology
Services