The mobile operating system market is completely dominated by two industry giants: Apple and Google. On paper, Google’s Android dwarfs Apple’s iOS: its market share is at around 88%, compared to the Cupertino company’s paltry 12%. But these numbers don’t tell the whole story.

Android is an open-source operating system, which can be used for free by companies unaffiliated with Google. This means that hundreds of millions of budget (and typically low-end) phones, tablets, and wearables aimed at developing markets run Android, giving it an oversized market share without a corresponding share in profits. To wit: in the first half of 2018, Apple’s App Store revenue was nearly double that of Google Play. In real terms, the gross app revenue of Apple’s App Store was around $22.6bn, with Google making around $11.8bn.

It is evident from these facts that the two platforms differ in a number of ways. Picking the right one for your new app development project is a key decision – a decision we’ll try to help you make in the following paragraphs. Read on to see our overview of the key considerations to make when choosing which platform to build your app for first.

Application development for iOS and Android: the differences

We’ve already mentioned that Android is an open platform, while iOS is a closed one (sometimes referred to as a “walled garden”), tightly controlled by Apple. This influences a number of the following points, so keep this fact in mind when weighing up your decision.

One factor that affects the cost of developing for iOS is the fact that you need Apple hardware for the developers. Xcode and other Apple developer tools are only available for macOS (the Apple desktop operating system), which is obviously available on Apple computers. As you probably know, these don’t come cheap, and the price gets even steeper when you want the kind of well-specced machine that developers need. Android is the opposite – Android Studio is available for all platforms (Windows, Linux, macOS), so you can use whatever hardware you prefer.

Predictably, there is no clear answer to the question of which system is harder to develop for: iOS or Android? Both have a similar learning curve, and developers with experience in both tend to agree that neither is clearly easier than the other. One thing to keep in mind is that the Android ecosystem is much more fragmented: there are dozens of devices out in the wild running different versions of the system, different hardware, and an enormous number of different screen sizes. With Apple, this is less of an issue, since all iPhones and iPads are controlled by the same company.

Which takes longer: building a custom app for Android or iOS? The answer is: it depends. As we’ve mentioned before, the Android ecosystem is more fragmented, so the devices out there sometimes use outdated versions of the OS. If you want your app to be compatible with all or a very large majority of them (although you probably don’t), then Android development will take longer. Barring that, our experience shows that iOS and Android dev projects take about the same amount of time, all things being equal.

Developing an app twice for two platforms is obviously much more expensive and time-consuming than just doing it once. Thankfully, there are cross-platform frameworks for mobile app development. Many are available right now, but we can only recommend two: React Native and Flutter, with the former being our clear preference (Flutter is not quite mature yet). You can read more about these in some of our other blog posts: Pros and Cons of React Native, Lessons Learned from Cross-platform Mobile Development with Flutter. 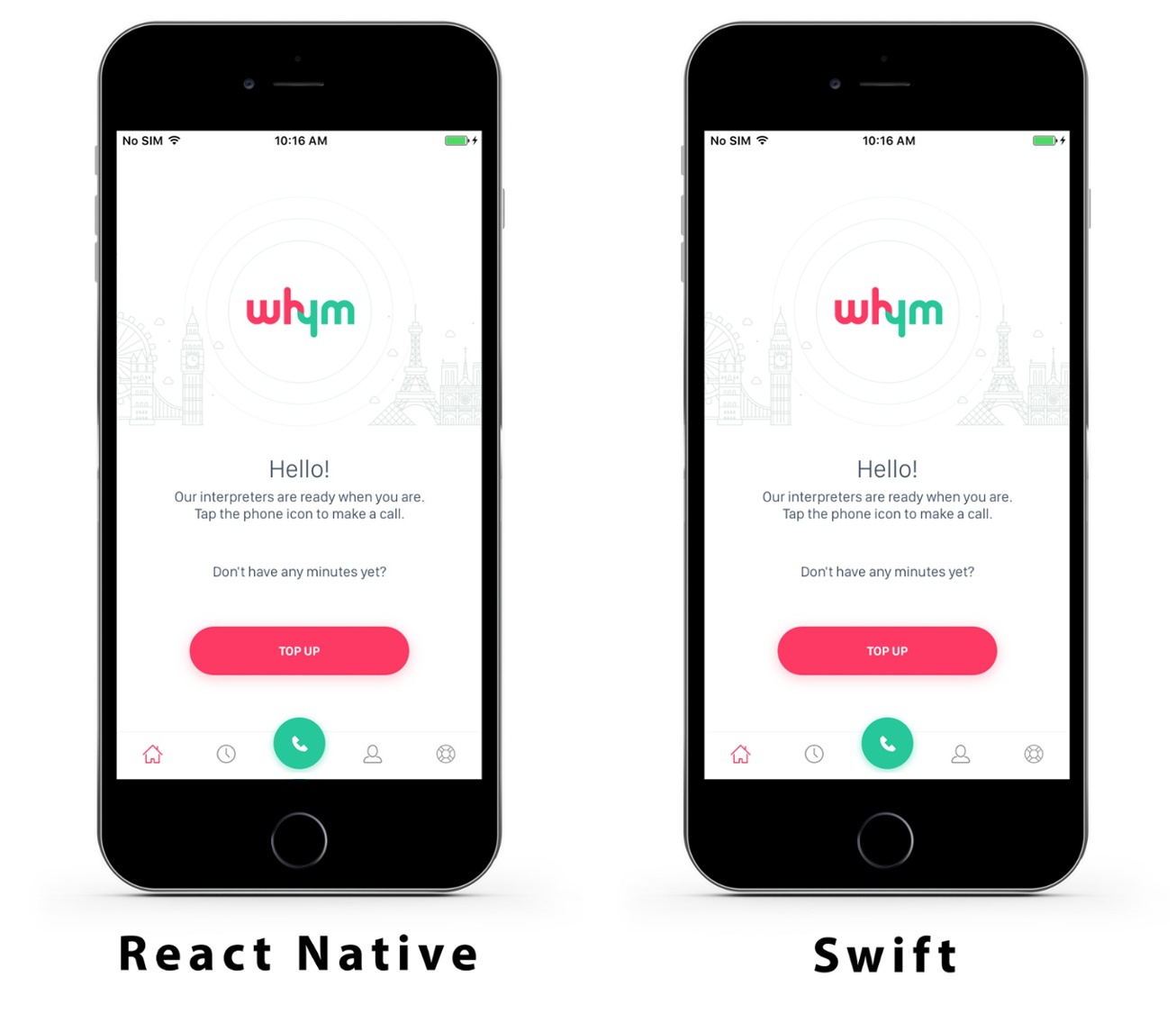 As you can see, the development process itself is not very different on either platform. The primary difference is the upfront cost of the hardware: you have to provide your devs with Apple gear if you want them to work on an iOS app. So how can you choose which platform to build your app for first? Well, there are a few factors to consider:

The mobile market is dominated by two operating systems, with around a 9:1 ratio of Android to iOS devices. Choosing which one to develop your app for first is a difficult decision, which requires you to consider a number of factors. The key takeaway is to make sure that the platform you go for is popular among your target users, taking into account both their social profile and geographic location. You can also consider going cross-platform – this will increase the costs somewhat, but you will get 100-percent coverage of the market.

Making the right decision about your app’s platform can make or break your app idea. This is why you should carefully consider all the technical and business aspects before making up your mind. Whether you want to develop an app for iOS, Android, or both, we’re here to help. Get in touch if you need advice about native or cross-platform mobile development.