Node.js Performance: How Your Web App Can Benefit from Node.js?

Node.js has become the most popular development environment. It has an active community, it is easy to learn, because front-end developers are familiar with it, and it allows you to create one full-stack JavaScript team for the back-end and front-end of your web app. An increasing number of Node.js users (including tech giants such as LinkedIn or PayPal) are praising Node for its impressive performance. It's good at multitasking, doesn't weight down the server, and works on Chrome V8, the fastest JavaScript engine available.

If it is popular among engineers and managers, it should be good

JavaScript is the most popular client-side front-end programming language. It overtook Java and PHP in 2016. There are are many JavaScript frameworks, adapted to the different needs and situations:  React Native, Appcelerator Titanium, Apache Cordova/PhoneGap, NativeScript, and one of them is Node.js.

Node.js is a backend solution, a runtime environment that allows executing JavaScript on the server side. Ryan Dahl invented it in 2009 in search of a programming language without file system and binary objects. He wanted to introduce an architecture that would enable building complex programs with the use of simple ones.

Only recently, Node.js has become widely recognized. Its popularity and capabilities are growing fast. At the moment, Node.js is the most popular solution in the "Frameworks, Libraries, and Tools" category, according to the newest Stack Overflow  "Developer Survey Results 2018" 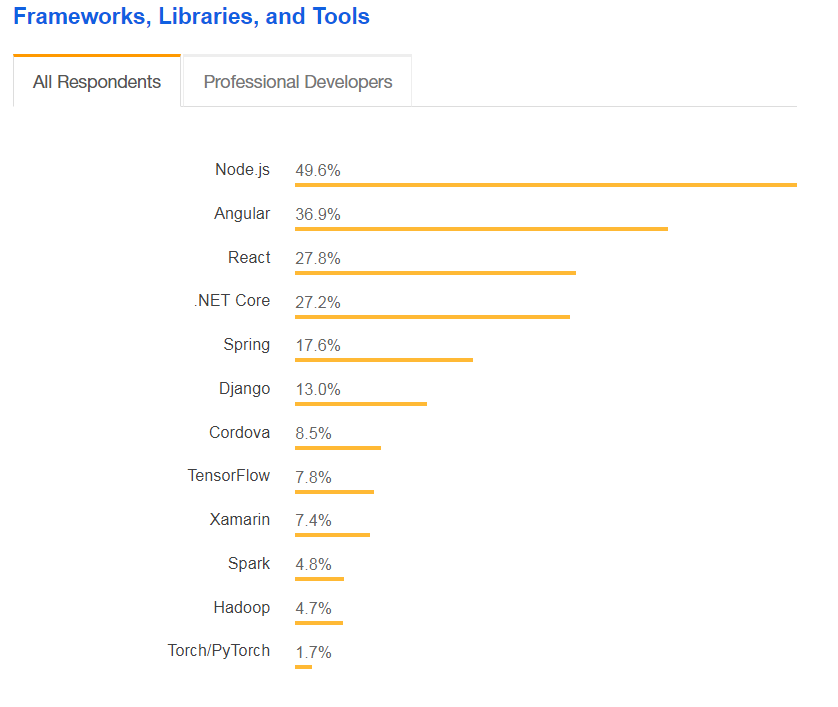 Node.js is an excellent choice for your app’s performance

There are many benefits of using Node.js. While most of its users mention the advantages related to the development process, such as increased developer productivity, improved developer satisfaction, and reduced development cost. Half of the respondents of Node.js 2017 User Survey noticed improved application performance in comparison to other solutions.

What's more, the perceivable benefits have been growing over time. The survey shows that Node.js users that worked with the technology for more than two years appreciate its impact on app performance ten percent more often than developers who have used it for a shorter time.

Here are some reasons why the value of Node’s performance snowballs over time:

Node.js users argue that it scales better than most other platforms due to its event-based model (take a look at this Quora thread for more information).

The best tech companies have benefited from switching to Node.js

The most successful companies from different industries have built their solutions with Node.js, including Walmart, Netflix, Medium, LinkedIn or Groupon. As LinkedIn grew, it decided to move from Ruby on Rails to Node.js. As a result, the number of servers they needed to handle the traffic dropped from 30 to 3. PayPal recorded a 35% decrease in the average response time for the same page after switching to Node.js. This resulted in the pages being served 200ms faster – something users will surely notice. 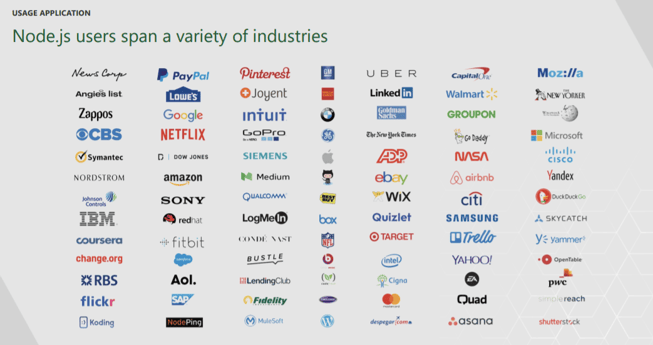 With over 7 million Node.js instances online, three in four users are planning to increase their use of Node.js in the next 12 months. Many are learning Node.js in languages other than English, with China being the second most abundant population outside of the U.S. using Node, says Node.js 2017 User Survey.

Choosing a backend technology for your web application is tough. If you want to focus on performance, there are lots of arguments for Node.js. Regardless of the many benefits just listed, I find two main reasons for choosing Node.js: it is getting older and more popular. You want your backend framework (or environment) to last as long as possible and to be supported and expanded forever. The trend for Node.js is very promising.