The complexities of today’s business environment often means that meaningful, workable and scalable growth can’t always be accomplished in-house with a ready and reliable domestic-grown team. 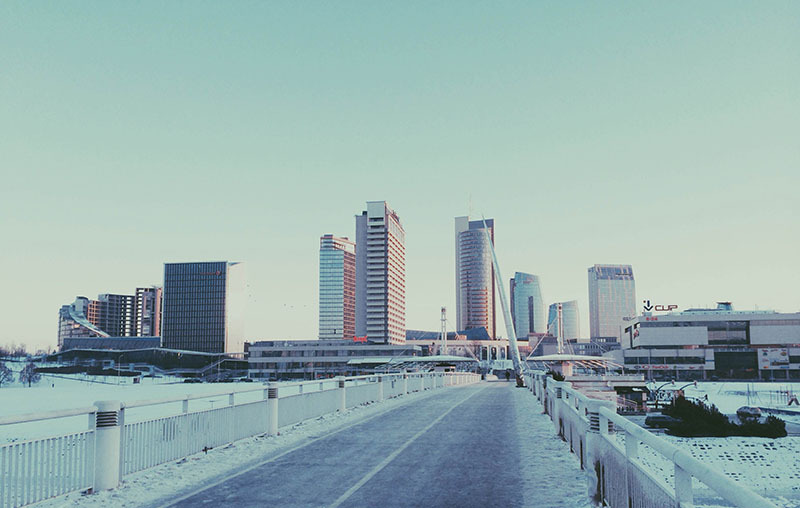 Indeed, the resource and production facilities, despite a company’s best wishes and efforts, in many cases are simply not attainable on one’s own doorstep at a workable cost, as one would perhaps prefer, and in these cases the export of manufacturing and other supply chain functions is the only sensible model to ensure sustained growth.

I am of course referring to what many people would think of as ‘offshoring’ or ‘outsourcing’ here. However, these terms are very different in meaning, and in fact it is rather in the processes of ‘nearshoring’ on which I shall be mainly focusing. But first, let’s define these three terms with a little more clarity before continuing.

Outsourcing occurs when a company sources an outside, third-party firm (or firms) to complete certain business tasks and/or supply chain functions. For example, a telecommunications company might outsource a web development agency to produce and manage its website. One of the benefits of outsourcing is that there’s no long-term commitment. The two firms will negotiate a contract, and when the work is done it’s done, and a new contract can either be negotiated or not.

Importantly, when a company outsources it doesn’t move its location. The company can outsource third parties locally or offshore, but the company itself remains where it is. Indeed, this is one of key components of outsourcing that goes a long way to distinguishing it from ‘offshoring’.

Offshoring occurs when a whole business process (or sometimes the whole business itself) is relocated to an entirely different location offshore. To use a similar example as above, a web development consultancy based in the UK might offshore its coding and IT processes to India where all such work will then take place. The reasons behind such a drastic measure almost invariably come down to costs. Wages, production, research and other business processes can often be completed a lot more cheaply in other countries, though such a move does come with its own challenges, such as language barriers, time zones and cultural differences.

China, India and the Philippines are typically the main offshoring destinations for Western countries. Indeed, the distance between these countries and the Western world where the company is based is what distinguishes offshoring from ‘nearshoring’.

Nearshoring is very similar to offshoring, with the main difference being that the company has transferred a business process (or again the whole business) to a location within its own region. If the web development company was based in the UK for instance, then anywhere in Europe is classed as a nearshoring region. The reasons behind such a move are again based around cost. What’s attractive about nearshoring as opposed to offshoring is that the company still can benefit from cheaper wages and processes, but the location is still nonetheless ‘close’ enough so as not to be affected too much by vastly differing time zones, nor indeed largely contrasting cultural differences.

There is also a fourth variant of these terms – the ‘remote team’.

There are two types of remote team. Firstly, a remote team can simply refer to an in-house team that works remotely – a sales team, for example, that is out in the field or works from home.

Secondly, a remote team may also refer to a completely separate team that works for another company, yet is working extremely closely with you on a specific business project. For example, a company may hire the services of a third party web development team, and that team is instrumental in all stages of the project, from the conception of the idea through to the creation of the project and the forming of the solutions to any challenges that may occur.

Looking Closer: The Benefits And Challenges

Firstly, let’s take a closer look at the differences between nearshoring and offshoring, and compare the benefits and challenges that each present.

Finding highly skilled yet low-cost IT labour is one of the greatest challenges facing many technology companies in the western world today. Generally speaking, when the skills required can’t be found domestically at a price that is conducive to meaningful growth, companies generally have two options – nearshoring or offshoring.

Put simply, offshoring can often mean that the company can move its production and business processes to somewhere that is very cheap but very far away. Nearshoring, on the other hand, usually means that the same thing can be achieved in a location that is quite cheap, but relatively close.

Indeed, nearshoring is on the rise, especially to the realms of Eastern Europe. In a case study published in an article by ComputerWeekly, a London based minicab company named Addison Lee decided to move its IT work to Russia – a choice the company made over India after carrying out some research.

After concluding that the rates of UK computer programmers were too high, the minicab firm decided to find a team that could carry out the work somewhere abroad.

“We picked a team in Russia and a team in India and sent each a week’s worth of source code that needed to be written in a new language as a test,” said Peter Ingrim, IT director at Addison Lee.

“The guys in India said yes to everything, copied the mistakes we had deliberately put in there, and didn’t ask us anything about the business – it was all very systematic. The team in Russia looked at our proposition, asked if it was functional, noticed the mistakes and asked us why we did things in this way.”

Addison Lee and the Russian team now have a great working relationship, and have gone to collaborate on further projects.

The unique skill sets that can be found in the region is not something that has gone unnoticed in the business world of outsourcing providers. The talent emerging from Russia, Poland and the Ukraine in particular is starting to mount a serious challenge to places like India where offshoring has traditionally occurred.

Something that a company that deals with customer records, invoice details and other sensitive information must consider is the data security that the cybersecurity team can provide. Countries within the EU all abide by the same data protection legislation, so in many ways this is a safe bet.

Data security can’t be guaranteed to the same extent in places like India and the Philippines as it can in the alternative nearshoring options, and if there is ever a breach, then the costs incurred – to reputation as well as to the balance sheet – can soon wipe out any extra savings that were initially made by offshoring to these more faraway places.

There are still advantages of offshoring your workload to places like India, however. Since companies have already been doing it for years, the experience in these regions sometimes can far outweigh that of European counterparts.

Contractual sophistication is of course a very important factor when making the decision to either offshore or nearshore. A lot of Indian companies have become very sophisticated in such matters, and very ‘international’ to boot, whereas in Eastern Europe some IT companies are still finding their feet. In the end it will come down to what can be negotiated and getting the balance right. There’s no point in going for the cheapest option if the skills aren’t there and data security is questionable at best.

On the other hand, some companies in Russia, Poland or the Ukraine might expect more money, but if they haven’t been in existence long enough to secure a firm reputation, then the risk is also high. Communication is key, and of course it will always depend on the type of IT work that is required that will go a long way in determining precisely what your options are.

Outsourcing is normally a strategic decision by one company to turn to the skills and expertise of another in order to complete a business task. Usually, this decision is made because the outsourcing company doesn’t have the resources in-house to compete the task itself.

There are of course a certain amount of risks involved with traditional outsourcing models. Mainly, these risks come down to loss of control over who is working on the project. This is especially risky when a company gets involved with offshore outsourcing. A few years ago it was quite common for web development and other IT agencies to start a cooperation with an offshore third party, only to find a few months down the line that the specific programmer that was initially hired had now been moved to another project, and a new remote worker had been discreetly put in his or her place. Needless to say it created a lot of distrust between outsourcing buyers and providers, and companies began to wonder if offshore outsourcing especially could ever be considered as a viable business option at all.

This is where the concept of remote teams and remote in-sourcing came in. The need to make outsourcing practices better was there, and so emerged a model where close cooperation between a client’s in-house employees and the remote team (or individual) was enabled, guaranteeing project control as well as cost-efficiency.

Remote in-sourcing enables custom remote teams to be built for a client, with full transparency at the forefront so everybody knows exactly who is working on which parts of which projects at any given time – but importantly the ‘remote factor’ means that costs can always be kept to a minimum. Thus talent can be kept high and custom-built teams can be forged to match the clients’ needs, all the while ensuring that the project is as cost-efficient as possible.

Clearly, then, this model of outsourcing is far superior to its predecessors, and it of course delivers more risk management and control than what has come before. The remote team is always created based on the client’s needs and requirements and offers the best model of compatibility with the clients’ project goals. It also guarantees that security risks are minimized as the same people will always be working on the same projects, which of course reduces re-training costs to boot.

So there you have it – whether you’re outsourcing or in-sourcing, nearshoring or offshoring, there are many challenges that you have to consider. One thing to bear in mind – India largely remains the default country to which companies turn to take advantage of large pools of skilled labour at a low cost. However, with the rise of nearshoring to the closer lands of Eastern Europe, which offer a more sophisticated skill set, companies in India have indeed started to make moves towards shifting the perceptions that they simply offer the cheapest resources, and so we can indeed expect a much more competitive global outsourcing business environment to come.

Transparency is a crucial value when working with a remote team. Read about Reporting For Remote Teams and What Makes Remote Working Work?

John Waldron is a technology and business writer for markITwrite digital content agency, based in...
Let's talk business!