Bluetooth vs WiFi Comparison For the IoT Solutions

IoT grew tremendously in previous years and as of now, it’s one of the top trend in the technology world. Even more than that, it’s still growing by the day and it’s not slowing down anytime soon. With the need for the new IoT solutions come questions about wireless communication.
We have many connection standards available today like NFC, IR, and more. But out of them all, the two most popular ones are Bluetooth and WiFi. Although both of them originated a long time before IoT was a thing and were thought for other use-cases, now they are conquering its market. “Should I choose Bluetooth or WiFi for my IoT project?” is a common question nowadays. Therefore I will try to make your choice easier by comparing those two wireless connection technologies.

Brief introduction of our competitors

Bluetooth is a wireless technology standard for exchanging data over short distances. It is operates on UHF radio waves. It was thought of as replacement of RSS cables. Bluetooth 4 specification introduced Bluetooth Low Energy (BLE). This new variant is widely used in IoT as its low power consumption perfectly fits in this use-case.

WiFi is technology for radio wireless local area networking of devices based on the IEEE 802.11 standards. WiFi operates on 2.4Ghz or 5Ghz frequencies and typically works over longer distances than bluetooth. In 2017 new protocol called WiFi HaLow was published. It was made specifically for IoT, providing lower energy consumption and higher transmission range than previous standards, but hasn’t been used extensively yet.

BLE was designed to send small chunks of data. Because of that it's most suitable for transferring lightweight data such as numerical values from sensors. BLE may only provide bandwidth around 1 Mbps. Bluetooth Classic is 2-3 times faster.

Even slower WiFi standards as HaLow can send data up to 347 Mbps and faster standards can transmit data over 1.3 Gbps. Therefore WiFi is well-suited for transferring heavy data such as videos, photos etc.

Bluetooth used to have serious security flaws in the past but most of them were solved with newer standards. In most cases still the best possible security standards aren’t implemented, but with proper setup, a connection could be secure. If you want to read more about setting proper BLE security, I recommend reading this article.

WiFi on the other side was concerned with safety before, so it developed security protocols respectively WEP, WPA, WPA2, and WPA3. It is preferred to use the newest possible security protocol, WPA3. Properly set Bluetooth connection security would be enough in almost all cases, but if data that you want to pass is very delicate and you want additional security then think about using WiFi.

Bluetooth range largely depends on the obstacles, so it will vary depending on where do you want to use it. Also, there are many Bluetooth modules and they will have a different maximum range. Usually, it will be between 40 - 400 m. But you can even think about long-range modules that can provide range as long as 1000 m.

Generally, Wi-Fi routers operating on the traditional 2.4 GHz reach up to 46 m indoors and 92 m outdoors. 5 GHz WiFi is more susceptible to obstructions than 2.4 GHz. But WiFi HaLow which was designed to reach long distances operates in sub 1 GHz Frequency and can reach as long as 1 km.

Most newer iOS and Android devices can work with both WiFi and Bluetooth the newest standards. Compatibility shouldn’t be a problem for any of these solutions.

In most cases, Bluetooth devices consume less power than WiFi. BLE was specifically designed to have low energy consumption. The difference is rather significant because WiFi devices can use 10 times or more electric power than BLE devices. So if you want to use WiFi you must consider providing a power source and count in additional costs.

Bluetooth devices are usually cheaper. They consume low power so daily costs are lower as well like changing battery have to take place very rarely. Also setting a proper configuration of WiFi is rather more difficult, so setup will be more costly.

As we can see, both technologies have their strong and weak sides. That is great because they complement each other! So you should analyze your specific project and check what is most important for you. Sometimes even using both technologies might be a way to go. Look at the iWatch for example, some lightweight data is passed through BLE, but when a faster transmission is needed it uses Classic Bluetooth or WiFi. 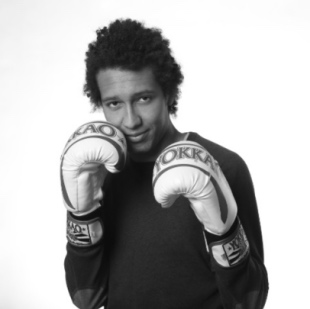