Why Is Python Good For Research? Benefits of the Programming Language

"The fastest-growing use of Python is for data science, machine learning, and academic research" - says a StackOverflow analysis. These are actually the biggest trends in tech recently. As we can read, "Python became a common choice for that purpose". Why did people fall in love with this general purpose programming language for research and data science? Well, there are many reasons.

Increased availability of data, more powerful computing, and the focus on analytics-driven decisions in business are the main parts of work (including academic and scientific research) for a growing number of people these days. A variety of people use spreadsheet programs like Microsoft Excel or Google Sheets to work with huge amounts of data. These are powerful tools, but they have serious limitations, like problems with analyzing datasets above a certain size. Limitations that are not a problem for Python - one of the most popular and the fastest-growing major programming languages in the world. Let’s see what are the main benefits of using Python for research.

Ease of use and versatility

Python is easy to learn and fast to develop in. It requires less effort to write a program using Python than other languages like C++ or Java. You can do more with less code in a shorter period of time. Python saves a lot of time because it allows people to spend time doing actual research instead of having to constantly read through documentation before getting to the actual objective. In other words, you can focus on your main goal, not the tool you use.

One of the major factors that makes Python is so popular is its versatility. You can use it not only for research, but also for web development, text processing, AI, machine learning, and more.

Python’s versatility also means that there is a wide variety of libraries. There are over 125,000 third-party Python libraries that make Python more useful for specific purposes, including research.

Libraries like NumPy, SciPy, Pandas, and matplotlib have been around for a long time, are extremely well maintained, optimized, production-ready and well documented. Need more arguments? The Python programmer community is one of the best in the world; it’s also large and very active. In case of any question or problem, there are plenty of people who can help.

Python is a dynamic language

Python is an interpreted, object-oriented, high-level programming language with dynamic semantics. It has high-level built-in data structures, combined with dynamic typing and dynamic binding. Many programmers fall in love with Python because it helps increase productivity. When using Python, there is no need for compiling. This means being able to be productive straight away, which helps with initial exploratory data analysis. As a result result, the Python approach to software development is more iterative.

Tied into a lot of existing infrastructure, like The Jupyter Notebooks and Google Colab

Shareable documents that contain live code, equations, visualizations, and narrative text. This description sounds very familiar to every researcher. It's also familiar to every Python developer who uses The Jupyter Notebook - an open-source web application.

Python, in conjunction with The Jupyter Notebook, is extremely useful for data science, machine learning, and research. It allows people to write extremely expressive code. This does not only help present your findings and embed results/graphs in the same document as your code, but it’s also a huge help when it comes to conducting workshops, communicating your findings, and getting people ready to work with Python.

There are many C/C++ implementations

When looking for Python Pros and cons you may find that Python is a slow programming language. It can be slower than other languages, but there are some solutions for that. Developers can implement algorithms in C/C++ and expose functions to Python using Cython. Cython combines the ease of use of Python and the speed of native code. Essentially, it's Python at the speed of C. Cython helps developers gain the benefit of extremely efficient algorithms (low-level implementation in C/C++) without having to give up on Python's existing ecosystem and the beginner-friendly syntax. Can you see the next strength of Python already? Yes, it's high flexibility.

It's easy to use and develop in, flexible, versatile and has plenty of useful, stable and well-maintained libraries with great community support. What's more, Python is tied closely with a lot of existing infrastructure, like free Jupyter Notebooks and Google Colab, which is extremely useful for research or data science. Don't forget about Cython, which is basically Python at the speed of C. Do you need more arguments to use Python for research? The benefits of doing so are spectacular. 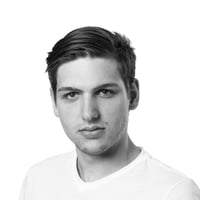