Ruby on Rails and Django are both perfect frameworks for web development  – but how do you choose one over the other?

The things that they have in common range from programming language similarities (Ruby for Rails and Python for Django), both are object-oriented and dynamically-typed and their performance, which is specific for each project.

If you are trying to decide between the two, both Django and Rails are great choices – here are some things to consider that will help you make the right choice.

What do they have in common?

It’s safe to say that Ruby On Rails and Django are like twins, differing only in the language used under the hood and the applied philosophies – each born in a different ecosystem.

As mentioned above, Python and Ruby are object-oriented and dynamically-typed languages – they are very different from the languages used in enterprise ecosystems such as Java.

One main difference is that Python and Ruby are open-source and their respective communities are very productive and robust.

This means you won’t be struggling to find answers or documentation if you commit to using these frameworks.

Ruby and Python have nearly the same level of performance – the differences aren’t noticeable for a typical CRUD app.

The difference is just as insignificant for larger applications – but if performance is high on your priority list and you need to serve thousands of concurrent users then neither are the right choice.

Let’s put it this way, both are good at CPU expensive operations such as image manipulation and they can also serve thousands of users (not blasting performance but ok) but it takes a lot more work to configure Ruby and Python for such volume.

If you are dealing with massive volume it could be better to consider solutions such as Elixir or Node.js.

The architecture of both languages is based on an MVC model and is well-structured – your app will be arranged properly and have basic divisions between layers such as defined routes, controllers, models, and bounded views within the framework.

Things are placed a bit differently in Rails and Django, but it’s just the layout so it’s not something to worry about.

What makes them different?

In terms of syntax, Python was designed to force a good style (indents are important), while Ruby was designed to be read as you would read the English language – giving your programmer as much head space as possible.

Django’s motto is “the framework for perfectionists with deadlines” – it’s catchy! Django also relies heavily on the DRY concept (i.e. avoiding repeating yourself).

With RoR it’s “Convention over Configuration”. You have to create less code in Rails to achieve the same results, because you skip the configuration part – which is important in Django. Thanks to this, Rails is said to be more magical – many functions can happen without strict definitions, all thanks to conventions.

Whatever integration library you need, chances are you’ll find it for both Django and RoR.

However, Python is widely used for many purposes: not just for web development but also science and machine learning computations.

Ruby was designed to be a general purpose solution, but most live applications in Ruby are web apps such as Github, Shopify and AirBnB.

Go with Django if: 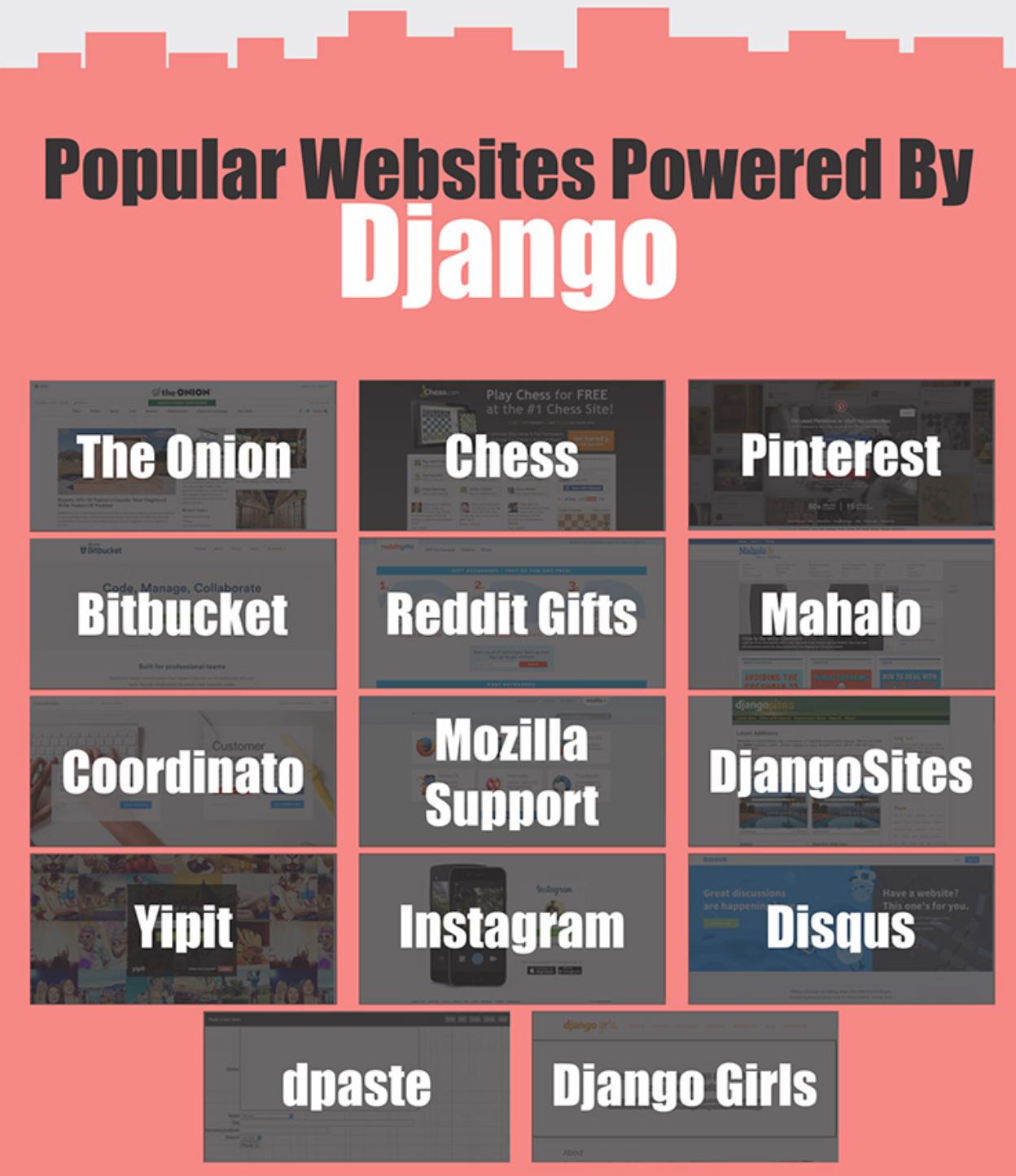 Bet on Rails if:


How can I make the right decision?

Ultimately you want to choose a language that suits your developers mindset and knowledge – so consider the points above and make sure they meet your expectations for a web framework.

Netguru is a digital consultancy with over 600+ team members and have an experienced Ruby on Rails team – the ‘magic’ isn’t much of a factor for experienced teams but it allows us to break things apart fast.

It also aligns with our philosophy: we like fast iterations and fast feedback loops because it’s important for our clients to test features and solutions as soon as possible.

This is part of the reason why companies turn to us when they need a lightning fast MVP or simply need to expand at incredible speed.

What do other people think?

With so many web applications out there a lot simply comes down to choice – there are always going to be primary uses for certain languages but here is some data to help you decide.

Python and Django are naturally gaining popularity due to their application in science and machine learning – Python helped create ‘Solidity’, one of the languages used in the Ethereum crypto-currency.

On the flipside, Ruby On Rails has been around for quite some time yet is still maintains its popularity even in major tech hubs. In fact, the position with the highest number of job adverts in the San Francisco Bay Area is Ruby on Rails.

We also prepared a list of the top 34 companies using RoR to further help you decide – if you already use RoR or want to get started our team have 12+ years experience in building Ruby on Rails applications.

Contact our Ruby on Rails team today if you have any questions – we would also love to hear your thoughts in the comments.