Vue.js and PWA - The Perfect Duo? We Decided To Check It Out

At Netguru we create beautiful software for clients from all over the world. However, it’s not everything that we do in here. Every once in a while we have an idea, concept or simply we want to challenge ourselves in a creative and meaningful way. By doing so we’re able to create awesome things like Car Lens - ML project. We still want more!

This time we wanted to build something different - that is a fun game, that we used to play during our team retreats! It’s a simple verbal game where you split into teams and try to guess as many keywords as you can. But there is a catch – you cannot use forbidden words! When the game is over, a team with the most guessed keywords wins.

Before choosing the technology for the application, we set our requirements and expectations.

We decided to build a Progressive Web App to ensure a truly native experience. It gave us:

Starting the app from the home screen opens it in a fullscreen mode, although it is still rendered by the browser in the background.

As a result, we have a lightweight web application, which is accessible from the home screen an loads instantly, no matter the network conditions.

The second choice was to pick the right JavaScript library to help us develop our game.

Do you remember our post about Whether Vue.js is a good fit for your project? (If not you should check it out!). Vue.js is an open-source, progressive JavaScript framework for building user interfaces. It was designed to be incrementally adoptable – the core library focuses on the view layer only, so it's easy to integrate Vue with other libraries or projects.

In the article we also mentioned that one of the core values of Vue.js is versatility. It means that this technology scales easily and can be used in various scenarios. We couldn’t resist not checking it out in practice, by creating our game.

Nowadays a majority of projects is being developed using React, mostly because it’s the most popular technology and it has the talent pool, that is still significantly bigger than other technologies. Although we could’ve written this application in React, Angular, Vue or any other technology, we decided to do it in Vue.js. Here’s why. 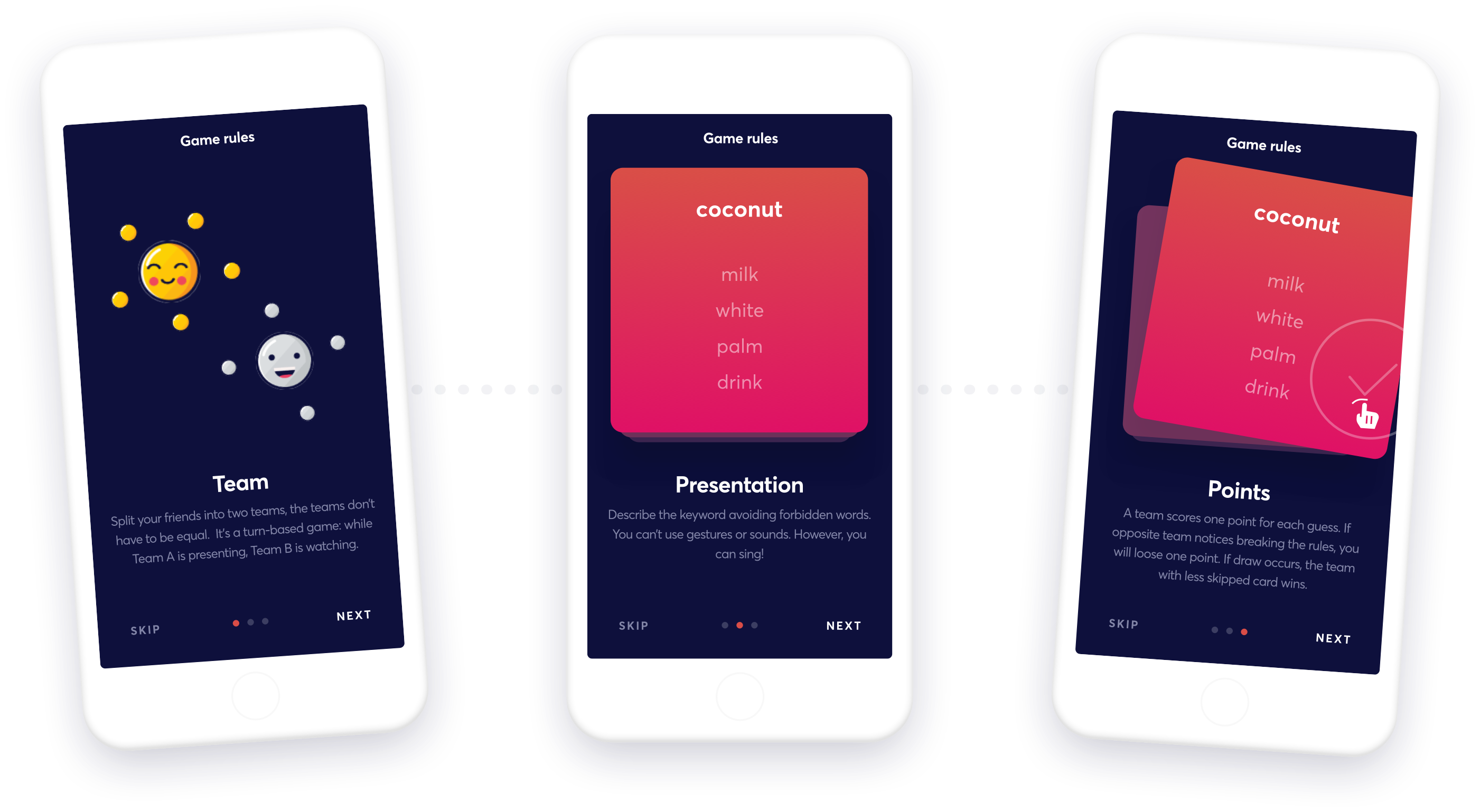 Even without SSR and additional work focused on performance, we got quite a performant application. To give a better view on what does it mean, we ran some audits:

Of course we could’ve got better results in the latter scenario, that is mostly caused by `lottie` package we use to animate SVGs. We wanted however to see how far can we go with no special optimizations in Vue and this is it.

The app has been generated using Vue-cli, hence we got basic PWA configuration straight out of the box. Development experience doesn’t really differ whether you work on PWA or not - so although we had to think about a few additional features and iOS limitations to overcome, in general, it was a regular web development.

The development speed has been significantly higher than in other technologies – because we could focus on delivering features and improving user experience instead of worrying about configuration, performance or what packages to use.

Most importantly, it was super fun to work on! How often can you spend a whole day looking at smiling emojis and doing your job at the same time?

It was not all rainbow and unicorns though! We had some headaches too. Even though adding basic PWA features to a Vue.js application is seamless, iOS support for PWA is still way behind Google’s Android...

Here are some of the problems we experienced:

Additionally, we had minor problems with displaying the app properly on every screen and device. Each device and browser has slightly different resolution and behaves in a different way - one has an overscroll feature, other does something with tabs, on Safari `vh` units relate to the whole device screen (even though it is opened in the browser and available space is significantly smaller) and so on.

But… here we are – overcoming difficulties, we have reached our goal!

Most of the problems are already known in the community and there are common solutions to make sure PWA apps work flawlessly on iOS’ devices too. Some time ago, Maciej, our Frontend Developer wrote a blog post where he gathered all iOS related tips that can make the app provide really native experience on iOS, check it out.

You can check out the Wordguru Game here.

Don’t forget to install it for the best experience and let us know if you like it, does it feel native?