📉 In my February newsletter, I wrote that Facebook was about to cut the amount of news in the News Feed and prioritise posts from friends instead. News publishers have already felt the impact of the change. Slate claims that the number of views of Slate’s pages that come from Facebook links has dropped by 81 per cent – from 28,000,000 views in January 2018 to 3,600,000 in May 2018. It’s really difficult to be a publisher earning your income from ads nowadays.

🏄‍♂️ The principles and values that Facebook (the organisation, not the app) has been built upon were defined in Palo Alto in the years 2004 and 2005. Palo Alto was the place that Zuckerberg moved to from Harvard. It was also the place where he and his buddies created News Feed and Photos – two key products that turned Facebook into an ultra-popular and super-engaging online social network. The two fundamental slogans that defined Facebook’s culture at that time were “Domination!” and “Move fast and break things”. Do those beginnings still influence how Facebook operates now? Or, perhaps, as Mark Pincus says: it didn’t really matter, because the Internet went down a particular route, and Facebook only gave people what they really wanted.

💰The prices of photovoltaic panels are set to drop by 34 per cent due to excessive supply.

🌇Apple Maps are inferior to Google Maps. Just open either application and have a look at what the area you’re in looks like. Google Maps will show you building shapes and smaller roads – Apple Maps won’t. Apple is aware of this issue and is currently working on rectifying these shortcomings by taking advantage of anonymised iPhone data and a fleet of cars equipped with sensors and cameras.

🚙 Autonomous cars might not become a reality as fast as we expected. In February, I wrote that the disengagement rate for those cars had been stagnant for some time. In a pessimistic article on The Verge, Andrew Ng (former AI head of Baidu) claims that the problem autonomous cars face does not consist only in the technology itself, but can also be attributed to the fact that people aren’t careful enough when interacting with autonomous vehicles. Ng’s argumentation has been ridiculed by another robotics expert, iRobot’s CTO, Rodney Brooks, who thinks that saying things like that proves that autonomous cars in regular traffic won’t become a reality anytime soon.

💎156 slides on the state of AI in 2018. From Transfer Learning to the recognition of verbs in pictures (someone is having a sandwich vs someone, sandwich) to biased datasets to the political implications of labour automation. Fascinating.

🤖Amazon’s Chinese counterpart, JD.com, has opened a fully automated warehouse that can handle up to 200,000 parcels daily (video). The warehouse employs four people in total – they are there to fix the robots whenever they malfunction. To give you the sense of the scale of this enterprise: Amazon handles 3,000,000 orders every day and employs 1,600 workers in each of its warehouses.

🤔Anyone who listens to podcasts will know the Casper mattresses. Casper has opened a brick-and-mortar shop in New York. The shop won’t sell you a mattress. Instead, you can book 45 minutes on a Casper mattress for $25. A PR stunt or plain foolishness?

🛴 You might have noticed that transportation inside cities has been undergoing profound changes. Uber has transformed the way we book taxi rides. In many cities, we have been able to rent a bike or a car by the minute for quite some time now. Recently, the rental bikes stopped needing docking stations, and electric scooters have quickly joined the range of different transportation options available. On top of that, we still have public underground, bus, and tram systems. Most of these means of transportation work on the basis of phone apps. What would still like to know, however, is how we can go from Point A to Point B the fastest/cheapest/healthiest. Citymapper can help answer this question, because it now shows dockless bikes in search results.

🌉The UN estimate that by the year 2050, 70 per cent of the world’s population will live in urban areas. The recent research, based on high-resolution satellite imagery, shows that the world looks vastly different to what the UN estimate. Today, already 84 per cent of the world’s population resides in urban areas. So where does this massive discrepancy come from? The UN report was based on the information the UN obtained from national governments, and different countries have different definitions of what a city is. For instance, some states do not classify some densely populated areas as urban areas, because this would incur additional costs (an urban area needs a police station and a city/town council). It appears that if you live in a rural area, you belong to a minority.

🌞This year’s summer has been record-breaking when it comes to high temperatures. In April, some places in Pakistan experienced heat of more than 50°C (122°F). Scotland has seen the highest temperature in its history – 33.2°C (90°F) in Glasgow. In Canada, Montreal broke the historical temperature high with the temperature of 36.6°C (98°F). Hot, isn’t it? I reckon the next year might be even hotter.

👩‍🎤Brighton and Hove is the most hipster town in the world, at least according to Movehub’s research. Movehub study the number of tattoo parlours, coffee houses, vegan restaurants, antique shops, and music shops per 100,000 inhabitants. Brighton and Hove is followed by Portland, Salt Lake City, Seattle, and Lisbon.

🚕The probability that a traditional taxi cab driver cancels a fare booked by an African-American passenger is 73 per cent greater than that a fare of a Caucasian passenger will be cancelled. If an African-American passenger books a ride with Uber or Lyft, the likelihood of cancellation drops to mere 4 per cent. It seems that ride-hailing apps can significantly reduce the amount of racial discrimination in transportation services. 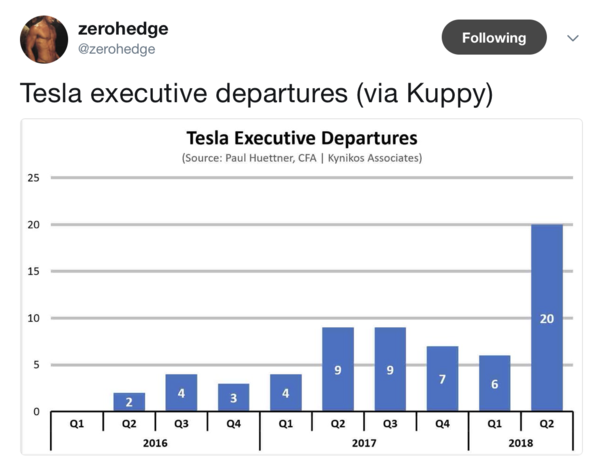