I deleted my Facebook profile, Apple announced new iPad Pro making it more performant than the new MacBook Air, Google is planning to launch their Search service in China, Reasons why IBM bought Red Hat, Why I believe wearables can be another way of computing (after mobile devices).

You won’t have noticed. Well, Facebook doesn’t really advertise everywhere that someone stopped using their services. I deleted the profile for a number of reasons.

Reason number two: I don’t enjoy being addicted. Facebook is great at making people want to come back. The randomness embedded in Facebook, along with its reward and punishment mechanisms are directly inspired by slot machines.

Reason number three: is the feeling that’s been building up in me for a long time: Facebook has become a manipulation machine. A machine used regularly by many institutions and companies to influence me – a bit like TV but with the capability of measuring my reactions to stimuli and then adapting the manipulations based on those measurements.

Reason number four: I no longer trust that Facebook keeps my data safe.

Reason number five: Facebook isn’t really useful. I use Google’s flagship products (Search or Maps) for productive activities. Facebook can’t be used for productivity purposes.Technically, Facebook would allow me to keep in touch with friends but the “touch” you keep is as shallow as the relationships I have with the celebrities I know from tabloid newspapers and glossy magazines.

They have a new processor – A12X – that makes iPad Pro more performant than the new MacBook Air. It seems like Intel have come against a barrier that Apple’s processors’ designers haven’t encountered yet.

If that’s what’s really happening, we might be bound to see Intel’s processors replace by A-series processors in laptops and desktops.

It would be yet another example of disruptive innovation. What was an initially worse and cheaper product of lesser capabilities but with a specialist purpose has been iterated and improved so much that it has become better than the incumbent product and started competing against it.

This is terrible news for Intel, who missed out on the smartphone revolution and, at the same time, great news for consumers, who will get fast and energy-efficient processors for their laptops.

🇨🇳 Google are planning to launch their Search service in China

It would be their comeback to a market that they withdrew from some time ago for ethical reasons. They are coming back because China is a massive market that can’t be ignored from a business point of view.

Offering a service that is based in providing access to content and tracks the search history of their users might be problematic when we consider the pressure to co-operate that a non-democratic government might exert on the service.

On the one hand, the forced co-operation might consist in censoring search results. On the other hand, it might also involve releasing user data to the said government. It seems like Google have come to terms with this kind of risk.

At the same time, Google have rejected a contract for the (democratic) US government, allegedly for ethical reasons.

A cynical observer could say that Google want to be present in China so much that they reject a lucrative contract for the Pentagon (worth $10bn) in order to win favours with the Chinese government.

The presence on the Chinese market might be worth many times more than the $10bn they could get from the Pentagon. But it will also tarnish Google’s image on their home market and in their domestic political environment. This will come at a price.

The acquisition of Red Hat is mainly an attempt to fight for the public cloud computing market pitted against Amazon, Microsoft, and Google.

Red Hat offers hybrid services based on Docker containers. Containers were invented to make applications independent from the infrastructure or cloud they are hosted on, in order to avoid being locked into the services of one provider.

I have my app in a container – today it’s on AWS, tomorrow I might transfer it to Azure if AWS becomes too expensive. I don’t need to worry about a lock-in effect, because I don’t need to keep everything with one provider.

In theory then, IBM and Red Hat can work on any cloud and be an intermediary for AWS, Azure, and so on. It all sounds great, but Microsoft’s Azure also offers solutions of this kind.

IBM’s advantage lies in their services. IBM employs over 500,000 workers. Almost half of this army of people are IT specialists and engineers, who create software, provide support, and maintain IT infrastructures.

They are the ones who advise on and implement cloud services and cloud-based services.

IBM and Red Hat are companies that provide services for businesses. Most of their income derives from implementing and maintaining infrastructures (cloud and cognitive technologies) and creating software (application development).

For 1/3 of its own worth, IBM has bought an emerging competitor on a lucrative and rapidly growing market of cloud computing and application development.

They have bought a competitor whose solutions will become useful in the world dominated by public clouds and will enable them to render better quality services.

Is it going to be enough for IBM to grow? I don’t think so.

⌚️ I believe in wearables as another wave of computing (after mobile devices).

Wearable devices provide their users with context-based and proactive information on topics they are really interested in.

It’s a “passive” wave of computing: these devices are not used for inputting data or creating things – they are designed to present information or do simple things for us.

My Apple Watch informs me about the departure time for my plane and notifies me if the weather is going to change. It can also send messages or unlock my computer.

Such information – if processed and presented correctly – can improve people’s health and save lives. Thus they introduce great value into their users’ lives.

In the long run, we prefer things that change our lives for the better over things that take our attention away from what’s important or damage our health.

This is why I feel that wearables will become an even stronger trend, and such devices will be as popular as smartphones. 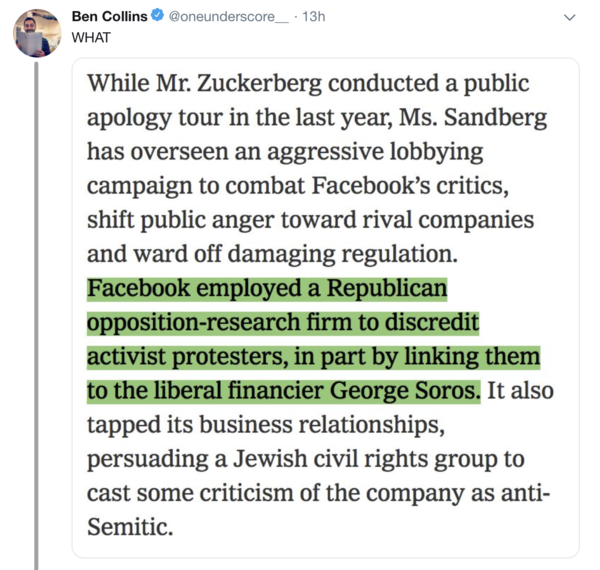