Specialised AI that will replace many white-collar jobs is slowly becoming a reality.

Managers are a profession quite easy to replace – they produce hardly anything and base their actions on algorithms and procedures. Computers are much better at algorithms and procedures. They carry them out much faster, without relying on emotional judgments. Ray Dalio has been experimenting with such an approach, raising a lot of controversy. This must have been the first time that the media expressed concern about the future of high-salaried investment managers. Seems symptomatic, doesn't it?

🔮 AI was one of the most prominent buzzwords of 2016, and everything looks like 2017 will also be quite thrilling when it comes to Artificial Intelligence. China plans to invest $15bn in projects related to AI by 2018. The biggest tech companies in China have also been very active on this front.

💻 Ray Dalio, one of the best and the most controversial American investors, seems to have an unyielding belief that AI will efficiently support investment managers in his company, and he's currently developing a project which will enable that.

👾 Machine learning is being applied in an ever-growing number of areas. For example, Google now uses ML to cut down the amount of transferred data in Google+ photos.

🗣 In January, Las Vegas hosted the CES tradeshow. One of the interesting trends at the event was the number of devices that enabled integrations with Amazon's virtual assistant, Alexa. Alexa is becoming an operating system for household appliances.Voice is a great interface for the situations when we can't use our hands and when no strangers are watching us or listening to what we say, that is, when I'm slicing a cucumber in the kitchen.

📱 This year should see Apple earn a trillion dollars on iOS devices for the first time in the company's books. iPhone has become the most popular product in the history of technology. We aren't going to see the end of smartphones PCs and tablets anytime soon either, because there's nothing that could possibly replace them. At the same time, innovation is happening all the time – photography, for instance, is evolving very fast. Apple stands on incredibly solid foundations, and I'm quite sure that they have a rosy future ahead.

🔌 Electric cars have been steadily gaining ground on the market. Analysts predict that 2017 will see the very first million of electric vehicles sold globally.The automotive market amounts to approximately 77m cars sold yearly, so a million is no longer a small blip on the radar.

🌎 I've just come across a great interview about the Internet with David Bowie from the year 1999. Bowie was absolutely fascinated with the Web. He was confident that the Internet had a great potential, that it was nihilistic and chaotic, and that it will have a significant impact on the society – both positive and negative. Bowie's analysis hasn't lost any of its accuracy now, and we could apply it directly to the present debate about information bubbles, the Balkanisation of the media and fake news. A highly recommended read.

🤖 So how does the brain work? We very often hear people say that it works analogically to computers. But our brain is NOT a computer. Allegedly, our pre-computer-era ancestors used other analogies to explain the workings of the human mind, which were based on the most advanced technologies of their times. First, they thought that the mind works like a hydraulic system. Then, a metaphor of cogs, springs and machines became prevalent. And so on. Every metaphor, or analogy, of this kind oversimplifies how we think about thinking and the brain, and does not bring us any nearer to discovering the truth about our most important organ.

🙍‍♂️ The brain doesn't rest. Ever. If it doesn't have anything significant to do, it directs its attention inwards and starts thinking about the person whose part it is. Depending on the person, those thoughts might be full of hope or full of worry.

💊 Social media are still just as addictive as cigarettes and alcohol. They are winning the battle for our attention with everything else. More and more people have noticed that it might be a problem, and they have been making efforts to quit the habit.

🏙 "We live in a very complex world" is a kind of a truism. This complex world is, however, very hard to maintain and understand, and people don't take the constant change and the nuanced differences in their stride. In the search for some comfort and safety, they turn to populist ideas. "Take back control" or "Make America great again" are seen as the correct answers to the most sophisticated and complex issues of the global trade, technology, and migrations. 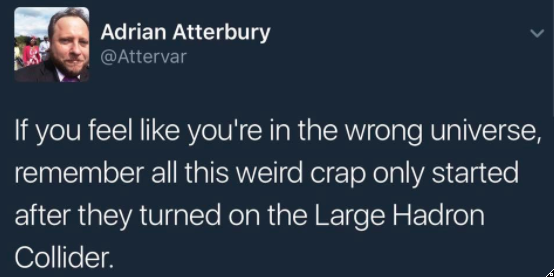