It's been a while since the last edition of our newsletter but well... we're back and going to be moving forward at full speed. Welcome back to the 5th edition of MLguru – a bi-weekly update on the hottest news from the Machine Learning world. Enjoy!

Tesla's new self-driving chip is here, and this is your best look yet

Tesla claims the new chip will be made up of twin neural network arrays and perform 21 times better at 80 percent of their existing costs using Nvidia chips. The part that we find the most appealing is their emphasis on safety. Each chip actually has two chips providing redundancy, as well as redundant power. Calculations are also done twice and compared before any action is taken. This may help further increase safety. Releasing the specs of this chip to the public would be socially beneficial, but the pursuit of profit may not allow for that. On the other hand, Tesla has made their patents public in the past, so who knows what we can expect. Read more

Interviews are conducted via a robocall where voice and video are recorded and recognized. Candidates do not receive questions in advance to simulate a real interview. Their tone, movements, and behavior are used to assess whether they are a good fit. This solution does not replace but supports recruiters. Netguru is a remote-first company and we are used to having all of our interviews via video calls. Such a solution may help filter out candidates and save time, but may lose the human element. Team fit, for example, would be difficult to test for. Read more


Can science writing be automated? A neural network can read scientific papers and render a plain-English summary

A team of scientists at MIT have shown that we can achieve fairly good results summarising entire research papers. This has been ineffective until now. This solution is not as good as having a human sum up a paper, but is enough to present the high level concepts. We believe this could help non-academics read and understand research papers. Read more

Microsoft combined their acquired startup’s IP with their own Machine Learning framework Azure and simulated environments to allow developers to train autonomous robots. A human operator is still required and looks at what the robot is seeing while the robot autonomously navigates itself. This is a great advancement that could be used to train drones learn environments that would be impossible to test out, such as nuclear plants or inaccessible locations with no internet access. It is important to be aware that this could be used for military purposes. As with most technological advancements, the burden of responsibility falls on the user. Read more

Google today awarded $25 million in grants to a range of organizations to help them apply machine learning to fight some of the world’s biggest challenges. The program is also an extension of Google’s AI for Social Good program, which provides flood forecasting to communities in India and is researching how to provide speech recognition for more people with disabilities. Other solutions include reducing fire department response times, saving water for crop irrigation, and predicting and treating depression. This is a great move from Google to take the initiative on AI for good. What is even more interesting is their desire to open-source the code from promising projects. Read more 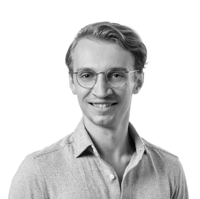