As a software consultancy, we very often have an opportunity to create projects in new, modern technologies. In this blogpost, we would like to describe to you our the experience we gained  programming with Flutter, a modern, cross-platform framework created by Google.

Let’s start with a few words about Flutter. It is a modern, reactive framework, created by Google for development of mobile applications that work on both Android and iOS. Due to good promotion during the last I/O Conference, it’s getting more and more popular. We had a chance to get familiar with it when it was still in beta.

Flutter has a lot of advantages. The main one is that a lot of code can be shared between platforms - developers do not have to write any platform-specific code. The way layouts are created in Flutter might be not very intuitive, which may slow down development at the very beginning. However, after some time spent programming, it gets easier very quickly. The framework’s perfect integration with IntelliJ IDEA can also be very helpful.

Moreover, although developers use the same widgets on both platforms, Flutter takes care of properly displaying platform-specific widgets, like different scroll behaviour on each platform. That's why applications built in Flutter really look like native ones.

Building our first app in Flutter

We decided to create our first application in Flutter - an animated chat for gamers. There were many reasons why we had chosen Flutter instead of, for example, React Native, in which we had experience. The main reason was that the application uses Firebase for data storage, and Flutter has a perfect integration with Firebase and other Google services.

Another reason was time. We did not have much of it, so we chose a solution with a lot of shared code between platforms. Flutter was very well-suited for that purpose, and the application ended up looking better than if we had built it using a different solution.

What is more, any application should be appealing, user friendly, and should have a lot of animations. Flutter supports animated gifs, and, as mentioned above, displays widgets in line with platform requirements, so using the framework helped us implement these features.

We also wanted to learn something new. As mentioned above, we already had significant experience with React Native. Flutter is a new framework, and it is very promoted by Google to match market requirements. So it was important for a company like Netguru to have knowledge about this new, modern solution, which very likely is going to get more and more popular. That’s why, finally, we decided to create our chat app in Flutter.

How did the process go?

We started the project with a team of two developers, a Project Manager, and a Quality Assurance Specialist. Flutter was something new for everyone.

At the beginning, it was a bit difficult to create our new application in Flutter - our developers had to learn not only about Flutter and its tools, but also which patterns they should use and how to plan the whole application to keep the code clean and generic. It was not a long process, but it took longer than our estimations.

However, after this first, initial sprint, our developers learned how to use Flutter properly and got used to its tools. That’s why we were able to speed up our development process, and finish all the overdue tasks. Finally, we were meeting our estimations. Moreover, Google released new version of Flutter, which fixed many bugs, making our work that much easier.

The most interesting part of our development process were the last days before the deadline. Our QA was reporting some bugs, and the developers were able to fix them very quickly. We were not expecting such good results. The development process was really fast and bug fixing was not so hard.

The final result was very satisfying for all our team.  The application was just a demo, but its quality really exceeded our expectations. The animations were working smoothly and the application itself looked like a native one.

Pros and cons of using Flutter

As you may have noticed, Flutter has lot of advantages.

However, Flutter also has some cons:

In our case, Flutter was the perfect choice, but is it a good choice for you? It depends on your application.

If you do not have a lot of time, and would like to create a useful application on Android and iOS, you should consider using Flutter, especially when you would like to use some of Google’s services, like Firebase.

Flutter is easy to learn and, after you get used to it, you can develop multi-platform applications quickly and easily.

However, if you would like to use some other services, such as AWS, it would be very difficult to work with  Flutter - the support just isn’t there yet.

Moreover, we would recommend it only for smaller projects - it is a rather new technology, and we cannot be sure of its future.

Summary: do you need Flutter?

We would like to sum up our knowledge about Flutter. Hopefully, it will make your decision about using the framework much more easier:

Flutter is modern, interesting way of creating mobile apps. If you would like to create your application in Flutter, you may expecting fast development process and good product quality. However, depending on your needs, you may not be able to use Flutter, because some services may do not support it yet. But in other cases, choosing Flutter may be a very good choice. Also check what official documentations says about it. 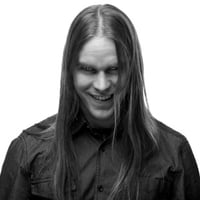