On Twitter, you can also find a vast and thriving community of designers and developers who share their knowledge and sources of inspiration. In this article, I will pinpoint the 15 best Twitter designers' profiles that, in my opinion, could turn out to be a rich resource of incentive and fresh ideas for you. 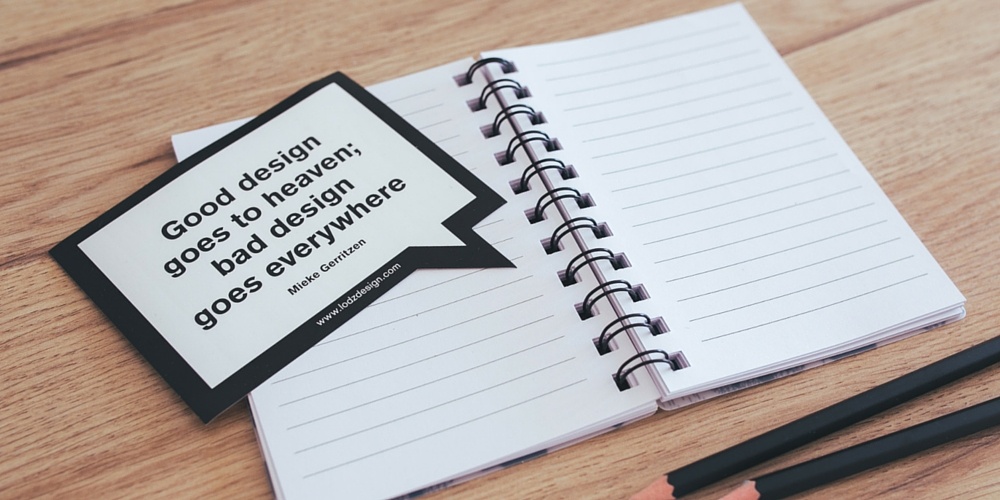 There is no doubt that Twitter can be a great source both for inspiration and knowledge. It goes without saying that Twitter is appreciated mainly by the communities of journalists, sports teams and celebrities. Yet, on Twitter you can also find a vast and thriving community of designers and developers who share their knowledge and sources of inspiration with thousands of followers. In this article, I will pinpoint the 15 best Twitter profiles that, in my opinion, could turn out to be a rich resource of incentive and fresh ideas for you.

Some time ago I drew up a list of 15 startup influencers definitely worth following. I wish to continue this series with a list of some of the finest developers. Stay tuned!

A famous web designer, podcaster, blogger and speaker. The founder of „A List Apart” and the design studio Happy Cog. A very active Twitter user followed by over 345 k people. During 9 years, he sent over 43.2k tweets.

A web and graphic designer who also run his own blog. He claims he has been abducted by design. Every day, Fabio tweets an inspirational graphic and his profile is a great source of information about typography, new fonts, photography, design and illustration. He is followed by over 265k people.

I believe in GIFs! @giphy launched its own GIF Maker: https://t.co/XB1hpkgwuD

He describes himself as „the guy behind the Spoon.Graphics blog. On his Twitter profile, he shares the most important of his blog posts, video tutorials and tips on various aspects of designing. His tweets are read by over 84.6k Twitter users.

Check out my latest video tutorial for tips on setting up a print ready business card design https://t.co/pDdVMTyUtg pic.twitter.com/UUtOPCiozS

User interface & graphic designer from Austria, the owner of a design agency that creates custom user interfaces, icons and website for apps. He tweets about technology, tools for designers and resources. He is followed by over 14.7k people.

If you are a UI designer and need to mockup and animate your ideas, you should check out http://t.co/SeBVZvUvet It’s amazing! @principleapp

He claims to be devoted to humanizing technology. Founder of Polar acquired by Google and Bancheck acquired by Twitter. He worked for Yahoo, eBay and NCSA and is the author of „ Mobile First”, „Web Form Design” and „Site Seeing”. He is followed by over 137k people.

Director of Product Design at MakeSpace from New York City. On his Twitter profile Carson shares links to interesting articles and resources, as well as describes challenges in the work of a designer. He is followed by 26.3k people.

This is why I love @Medium. The attention to detail. @mwichary on how they handle quotation marks. https://t.co/zsMJcT2lzh

Young freelance graphic designer from New York. He specializes in „design websites, logos, mixtape covers, basically anything design”. Anthony tweets about his design projects, and shares his thoughts about clients. He is followed by over 6.7k Twitter users.

Founder of MetaLab which designs for Slack and Coinbase, Flow, and Pixel Union. Publisher of Designer News. He uses Twitter to network with other designers and tweets about technology, mobile applications and of course, their design. He is followed by over 15.9k people.

Graphic artist, print maker and designer. He is known for his persuasive, up-beat style of communication. He tweets a lot about the work he likes and shares lots of photos. Must-follow for all the creative heads. He already has over 10.3 k followers.

He is a UX Content Curator from Prague but living in Berlin. He gives valuable pieces of advice for ux designers for example how to determine whether customer feedback is actionable or what is the role of colour in app design. He is followed by over 46.7k people.

Debbie is a CMO of Sterling Brands, designer, artist, author and above all - educator. She is also a host of Design Matters, the world’s first and longest running podcast on design. Over 38.7k people everyday read her tweets about illustration, podcasts and conversations with other creatives.

One of my favorite Design Matters ever: the one and only radiant, brilliant @tiffanyshlain https://t.co/X3rv1Wap9D @DesignObserver

Blogger at Felt Presence where he writes about UI design and product management. For over 10 years Singer has been designing user interfaces, creates products concepts at Basecamp. He thinks that new insights appear at any stage of a project and interface design should drive product development. Followed by over 21.6k people.

Designer at Medium and fellow of Code for America, for 7 years he worked also as user experience designer at Google. On his blog he describes fun he has at work, given and host talks as well as shares his writings and travel memories. Master of typography followed by 4,1k people.

Also, somewhere in your Chrome there’s a line that I put there to make typography better. ^_^ https://t.co/MQy3KTioaU

Design director at Habitat claiming he is a designer who writes. Described as a hero by The Atlantic and as a genius by „Time”. Author of the book „The Shape of Design” followed by over 51.4 k Twitter users.

We hope this list will change your Twitter timeline for the better - grabbing some knowledge from industry influencers is always a good thing. Speaking of the Twitter timeline - feel free to tweet this article if you liked it, just click the sharing button below my bio. Thank you!

READ ALSO FROM Product Design
Read also
What Are the Mistakes Design Managers Make That Lead to Team Burnout? 8 Tips on How to Prevent It From Happening
Sustainability by Design - How to Avoid a Future of Worn Out Places and Worn Out Faces
Product Design Sprint Process, Methods, Tools and Templates: A Complete Guide to Running a Design Sprint
Need a successful project?
Estimate project or contact us