To say that a lot has happened in the last quarter of 2018 would be an understatement. Just a few weeks ago the Bank of Lithuania has granted a licence to Revolut - which basically means that the UK fintech champion can launch current accounts, loans (business and consumer), and overdrafts. First in Lithuania, later on across the EU.

Zopa, one of the fastest growing P2P lending companies, has received a UK banking license.

Barclays convinced Megan Caywood, who until recently served as Starling Bank’s Chief Platform Officer, to join the British bank as the head of consumer strategy; Swift's CEO decided to step down after seven years at the helm.

But it was none of the above that brought us the proof of how deeply fintech is disrupting the banking industry (in case anyone actually still needs more proof).

I've found the proof elsewhere - in the midst of the transcript of the earnings calls of US Bancorp, the fifth biggest bank in the United States in terms of assets.

The digital transformation and the impact of fintech

My usual routine in the previous quarters was to pick a few quotes for Netguru’s Fintech Barometer. This time I’ve decided to leave you with just that one quote. 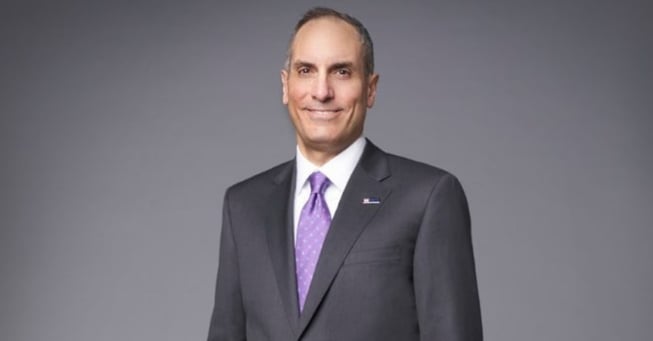 If you look closely at what he was saying, you will see two major things.

First, a snippet describing the challenge of undergoing digital transformation and how it affected the development processes.

We have 14 digital agile studios that are currently in place focusing on our development processes. (...) a typical way development occurred at banks was very linear in nature and very long in terms of timeframe and we have changed that completely. We have now everyone across around the table. The business line, the operations group, the technology group, the risk and compliance group and importantly the customer.

Amazing metrics of the mortgage app

The second part is even better - Andy Cecere shared metrics of a mortgage app that US Bancorp developed together with the fintech company (the name of the company wasn’t disclosed). The app, according to the CEO, is “currently used by 71% of the applications that are coming through the bank”.

Now, take a closer look at the adjectives:

The app is, according to Andy Cecere:

“digital, much less paper, is faster, it improves the customer experience and importantly, it makes a better experience for the Mortgage Bankers, which it really can focus on the value added component of the relationship as opposed to the monotonous paper gathering, as you know in the mortgage process”.

And the final, best part of the transcript. US Bancorp CEO shared the metrics achieved through the second app, developed in-house in one of those agile studios. As you can see, the key metrics went through the roof.

What was to be shown.

At Netguru, we are thrilled by the pace at which fintech changed the banking game. We’ve delivered software, apps, and designs for fintech companies (How to Build a Successful Fintech Product - here's more about our experience).

But we also run Disruption Forums with the best European fintech companies (Revolut, N26, solarisBank, Funding Circle, OakNorth Starling Bank and many others). Here's a recap from London.

We interview the top fintech minds - grab a free copy of our "Scaling Fintech" ebook if you like.

And if you would like to get to know us better, get ready for April 2nd, 2019. Our Disruption Forum is coming to New York.

READ ALSO FROM Fintech
Read also
Rivals or Allies? What Can Banks and Fintechs Learn From Each Other [Experts' Voice]
Is AI a Game-Changer for Banking? Will It Revolutionize the Whole Sector, or Just Help the Most Innovative Players? [Experts’ Voice]
How Big Brands and Global Leaders Shape Fintech. Hear from Solarisbank, Visa, BNP Paribas, InVision, Sifted and More
Need a successful project?
Estimate project