10 Sports Companies Pivoting Their Business Due to COVID-19

The sports industry during the pandemic

Without a doubt, 2020 will go down in sports history as the year when the entire industry’s future was put in doubt.

On March 11, 2020, the World Health Organization declared COVID-19 a global pandemic, while the National Basketball Association (NBA) announced the suspension of the 2019-2020 season after a player tested positive for the virus. In fact, it was estimated that the North American basketball league alone lost anywhere between $350 million and $450 million in revenue in March 2020 alone.

Since then, sports companies have been widely impacted by the virus. They’ve struggled to maintain a relationship with fans and support players and amateurs, which has negatively influenced their profitability. As a result, they have had to readjust their businesses so that their resources are best utilized during this time.

In the following article, we’ll discuss how ten sports companies – including Nike, USA Weightlifting, and F1 – pivoted their business models due to COVID-19.

What is a business pivot?

Even though the term ‘pivot’ is frequently understood as a drastic business change, it doesn’t always entail changes that shake the business to its core.

Rather, it’s the process of addressing an important problem or challenge the company is facing – one that is keeping it from achieving its goals. Therefore, a pivot can mean anything from introducing a new product or service into the business’ offer, through to an entire redefinition of the business and entering a new industry. 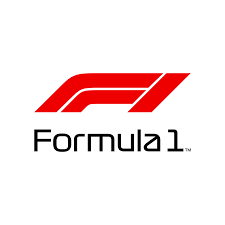 Like other professional sports series, F1 put their season on hold due to the coronavirus outbreak, which pushed the F1 teams to pivot their business models almost immediately.

They repurposed their facilities to manufacture ventilators and breathing aids – calling it “Project Pitlane.” It involved three workstreams: from reverse engineering current medical devices and scaling the production of existing ventilators to the rapid design and prototyping of new medical devices.

Seven of the United Kingdom’s teams worked towards boosting efforts for the UK Government’s Ventilator Challenge. While in Italy, Ferrari worked to support its domestic health service and provided both funding and equipment to this cause.

Nike, an American multinational corporation, is one of the best-known companies for products, experiences, and services designed for athletes. With sports canceled around the world, the company was forced to reinvent its 2020 plans.

Nike made two strategic decisions – focusing on boosting sales through its digital channels and aiding nurses and doctors on the frontlines of the COVID-19 pandemic.

The brand also donated more than $25 million to the World Health Organization’s COVID-19 efforts around the world.

Lastly, Nike launched several digital campaigns asking everyone to “play inside for the world.” The company encouraged people to stay active indoors by using its platforms like the Nike Running Club app and the Nike Training Club app.

Through its actions during the lockdown, Nike managed to generate 30% of its gross revenue through its digital platforms (a goal it had not expected to reach before 2023). The company has also managed to keep its share price steady despite the COVID-19 turmoil.

Live sports competitions were shut down, gymnasiums and training centers were closed, and the Tokyo Olympics were delayed until 2021. Furthermore, several other NGBs were faced with financial challenges.

USA Weightlifting was able to weather the storm as the organization has maintained large financial reserves. It also decided to pivot its business to better function in the new reality. The company has taken advantage of the fact that weightlifting is an individual sport. Those practicing it can use stationary exercise equipment to stage competitions online amid the pandemic.

The organization managed to successfully host the elite Virtual Super Championship over May 15-17 and the American Open Series Online Qualifier. The competitors recorded their lifts on electronic devices, and highlights were posted to USA Weightlifting social media channels.

Despite having lost 1,500 members since the onset of COVID-19 (about $100,000 loss in revenue), USA Weightlifting has not lost any sponsorship revenue. What’s more, it has also received $218,000 from the federal Paycheck Protection Program. 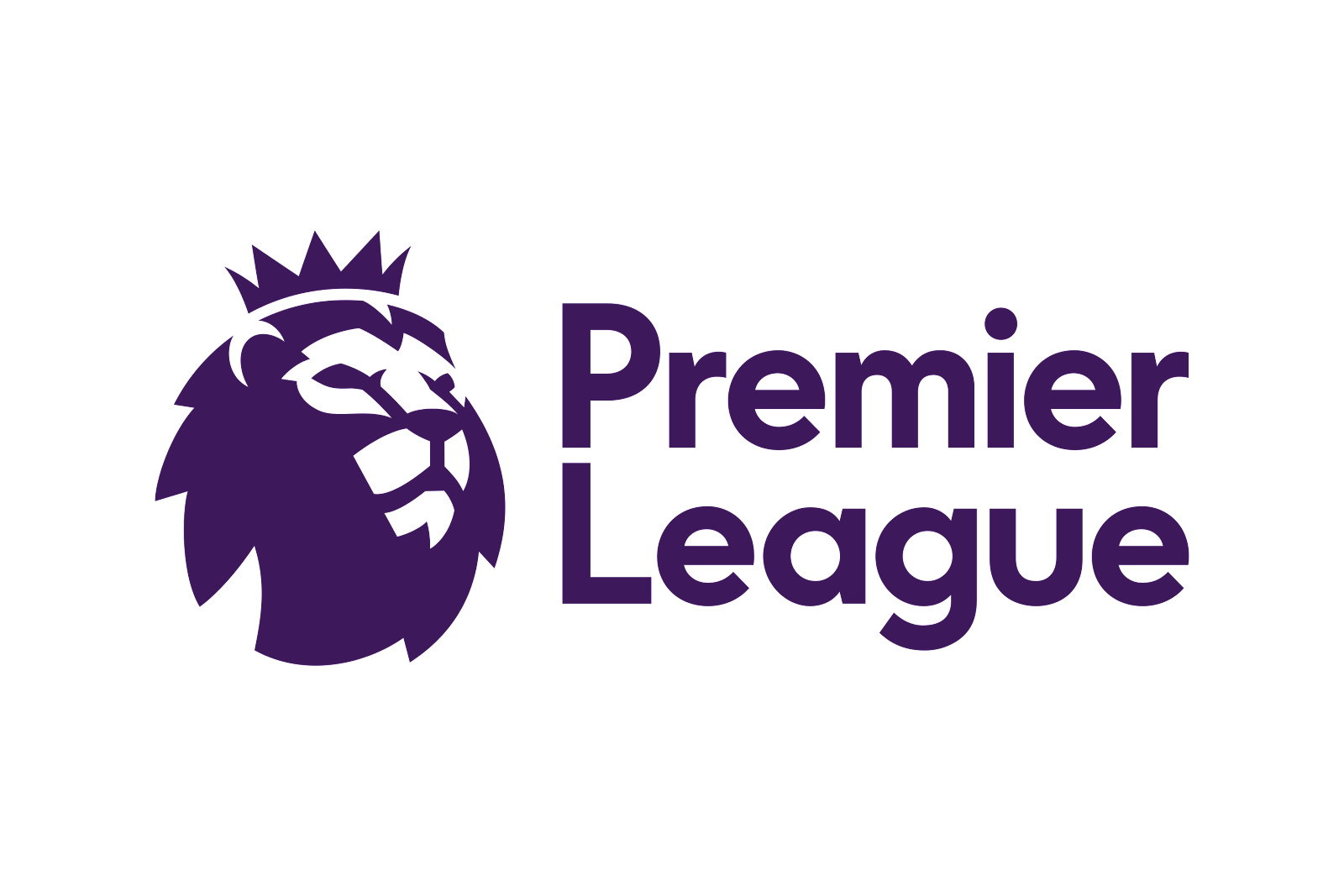 The Premier League is the highest level of the British soccer league system. It features 20 teams that play 38 games each during a season, spanning between August and May.

Upon the start of the coronavirus pandemic, however, all games came to a halt. Nevertheless, the Premier League opted to keep viewers engaged despite closed stadiums and have chosen to carry out their “seasons” on an online game simulator called Championship Manager. 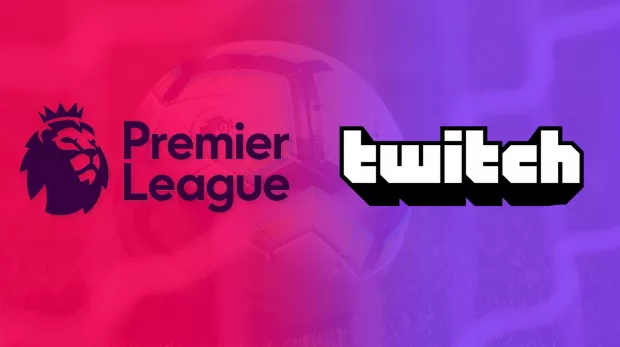 To involve fans, they’ve open-sourced team selection and formation. Next, to stay on top of growing interest from the online community, the league decided to join the Twitch platform to live stream their games. It’s thought that this kind of exposure could bring eSports into the mainstream; in fact, most Premier League clubs already had teams representing them on the eSport platform.

The 2020-2021 Premier League will begin on September 12 after being postponed from August 8 due to the pandemic. It will feature live games that are streamed on Twitch. Depending on the public health situation, there will be limited or no attendance from fans in the stadium outside of the teams’ staff and personnel. 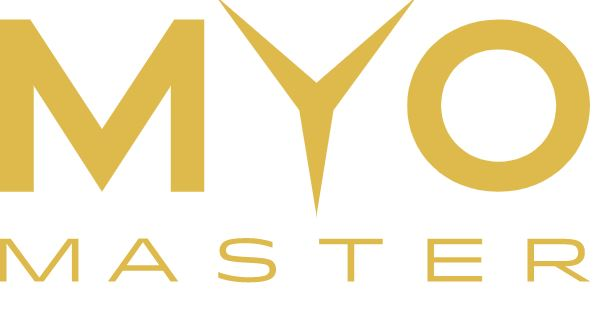 MyoMaster is a sports recovery business that sells products like massage guns and leg and arm cuffs to help athletes train harder and perform better.

Pre-COVID-19, MyoMaster generated its revenue at sporting events. The company sold its products anywhere from marathons to gyms. Since the closures began, MyoMaster pivoted to an eCommerce business model. It updated its website, found influencers, and focused on digital advertising. 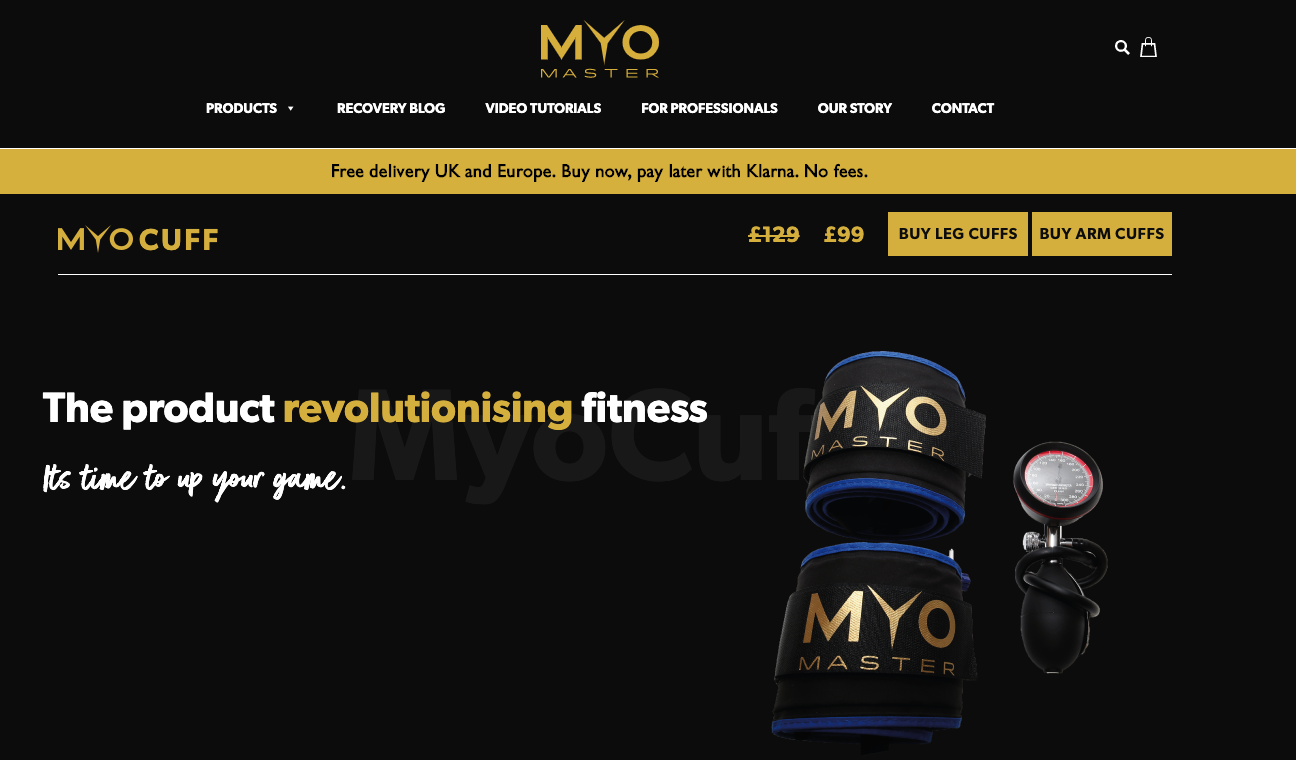 MyoMaster invested £2,000 in digital advertising – taking advantage of low-advertising costs since most big names were pulling their ads – and made its small brand visible. As a result, its business boomed online. Lottie Whyte, the founder of MyoMaster, says:

“What we used to sell in a month, we are now selling online in a single day. There are real opportunities out there for brands that can sell online and provide people with products that can bring them joy at home.” 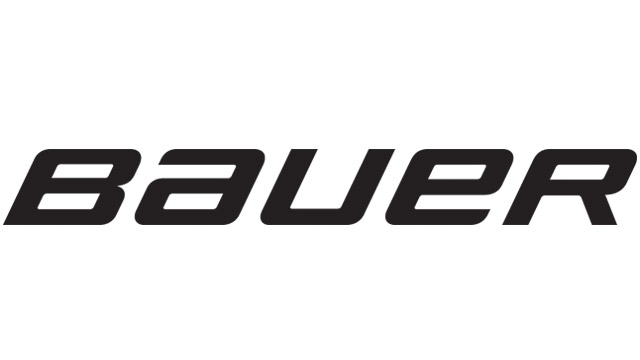 Bauer manufactures ice hockey and fitness equipment, as well as recreational skates and apparel. Like Nike, Bauer saw a need in the industry almost immediately and offered to modify its production facilities to make personal protective equipment for frontline workers during the COVID-19 pandemic.

The company used its competencies in producing visors for NHL players to manufacture single-use shields for medical workers. Soon after announcing its new product launch, Bauer got one million orders.

While it assumed that demand for its protective wear would significantly decrease by the end of March, it remains high. In fact, Mary Kay Messier, Vice President of Global Marketing for Bauer, said:

“The need for protective equipment isn’t going to go away anytime soon. We’re in discussions to continue to provide the necessary equipment that’s still in shortage continuing forward.” This only proves how successful Bauer’s pivot was. 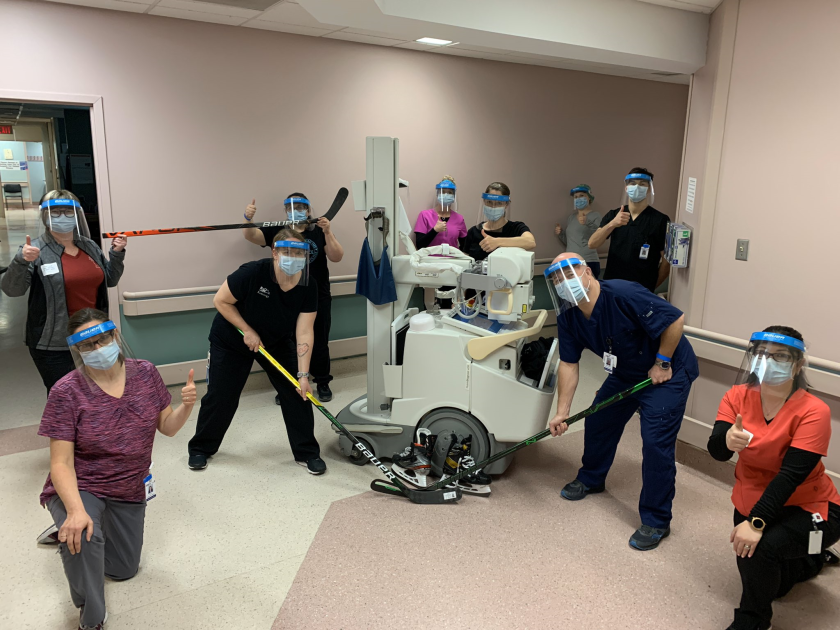 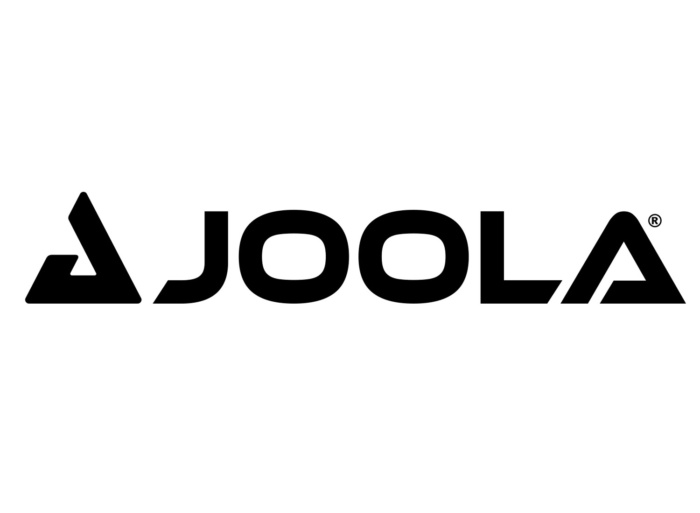 Founded in 1952, JOOLA is one of the world’s leading table tennis equipment companies. Before the COVID-19 pandemic, it solely sold table tennis rackets, apparel, tables, and accessories.

At the beginning of the pandemic, the company experienced a boost in interest in ping pong sets because of the number of people at home and the fact that the sport is lockdown-friendly. However, the pandemic interrupted its supply chain, and JOOLA was unable to source items from factories in China due to logistical issues that made it impossible to fill orders.

Initially, the owner, Mr. Lee, had to lay off five workers out of more than 100. To alleviate cash flow issues and avoid additional layoffs, JOOLA decided to pivot to making PPE masks. It even added a new division to its company called JOOLA Medical. This addition helped remedy the problems the company was having while also meeting demand in the market. 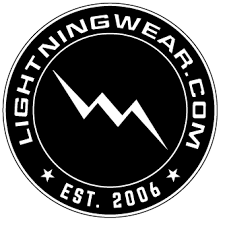 Lightning Wear Apparel was founded in 2006 in Kensington, Maryland. As a result of the COVID-19 pandemic, the company is no longer manufacturing or selling sports apparel. Instead, it has contracted with several government agencies and medical corporations to sell masks and gaiters.

This was a much-needed pivot for both the company and the community. From a business perspective, Lightning Wear Apparel needed to do something to generate income because custom orders for sports teams were slowing during the shutdowns.

The masks proved to be a lucrative business opportunity and targeted a market with a high demand. The brand now sells between 10,000 and 15,000 masks a week, and employees have to work 12 hours a day, seven days a week, to keep up with demand. 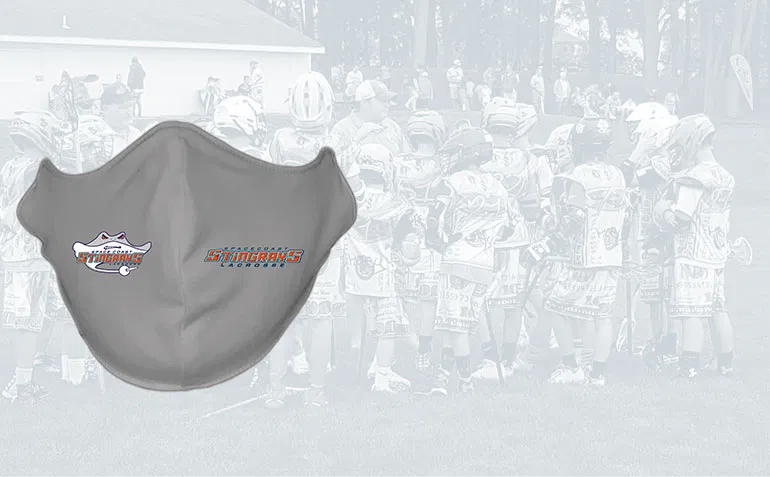 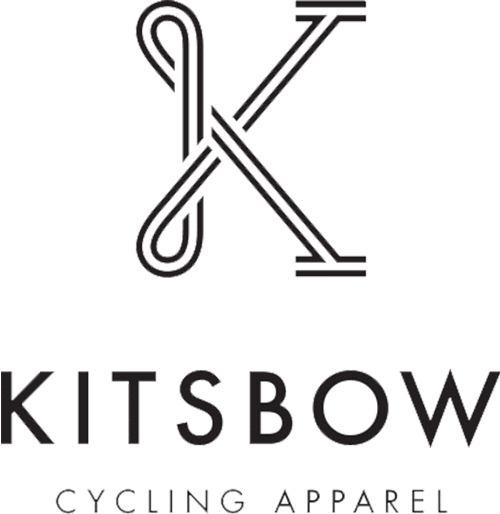 Kitsbow is a high-end apparel company from North Carolina, which specializes in clothing and accessories for cyclists. When the COVID-19 pandemic started, the company decided to shift its focus from jerseys to personal protective equipment and introduced a new product line.

Kitsbow saw the rising demand as an opportunity as it already had a computer-controlled fabric cutter and a laser cutter in its facility, and producing high-quality masks would take just a matter of hours. 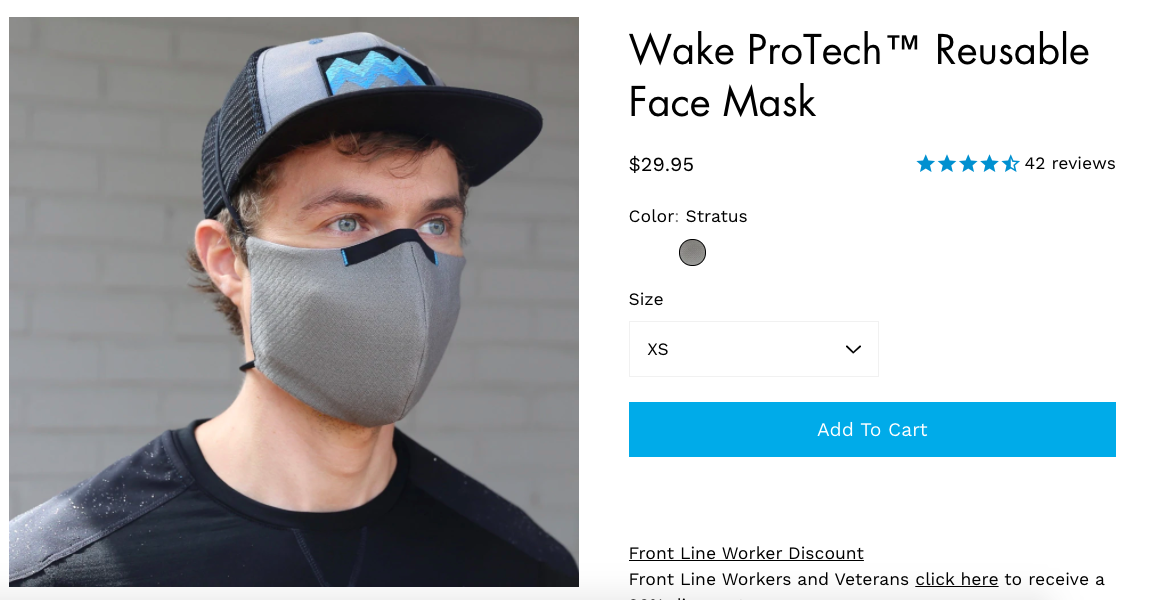 Initially, Kitsbow’s CEO David Billstrom thought that producing masks would be a side project that would end once the restrictions were lifted.

However, the market response to the company’s PPE was more promising. Just 13 days after COVID-19 was declared a pandemic, the brand had already produced over 26,000 masks and face shields, and orders kept flying in.

As of late 2020, PPE was featured at the top of the Kitsbow page as one of the brand’s top products. The company currently offers masks for both private individuals and frontline workers, for which it is now pursuing an FDA certification. 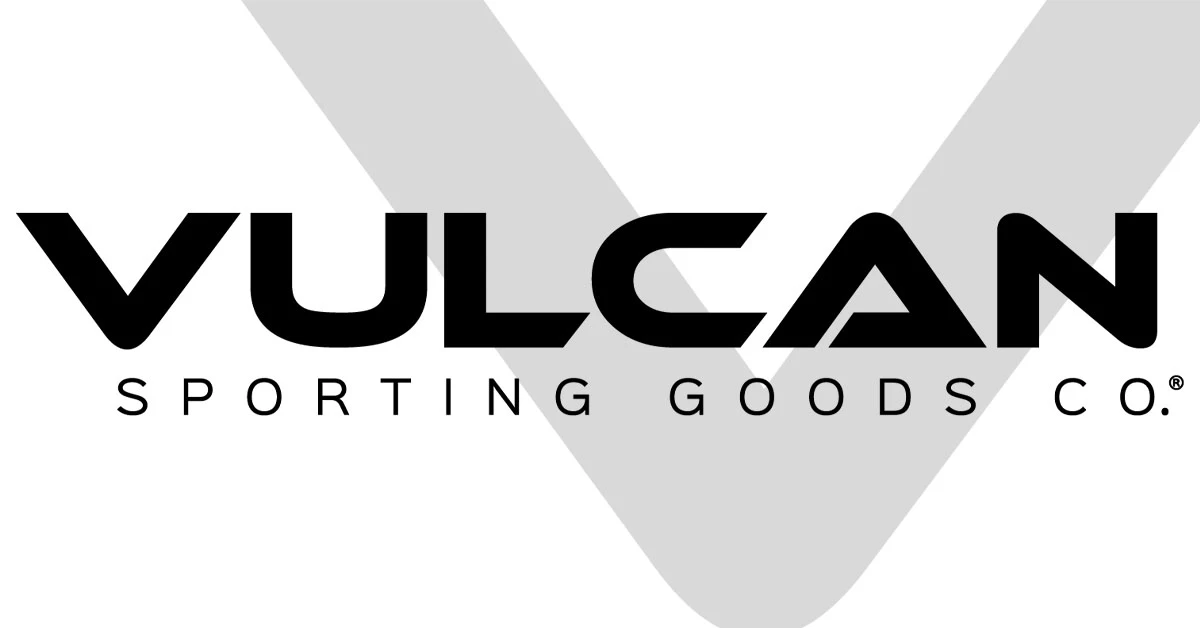 Following the onset of COVID-19, the company initially saw strong numbers in its eCommerce business, especially in its “stay at home, play at home” gear. Yet, as the numbers began to decline, the company decided to pivot to a product that would help improve the health of the community.

Initially, the company’s management team investigated the possibility of producing hand sanitizer. They wanted to convert their baseball glove oil production line over to the sanitizing agent. However, securing the raw materials necessary for production proved difficult.

Instead, they decided to pivot to high-quality face masks. Vulcan already had the necessary infrastructure, i.e., the distribution channels and customer relationships needed to sell them.

With help from the company’s fashion agency in Chicago, Vulcan designed a mask that any customer and athlete could use while being active. These masks pass all of the CDC recommendations for protection while still being lightweight: they are comfortable and breathable with zero chafing. 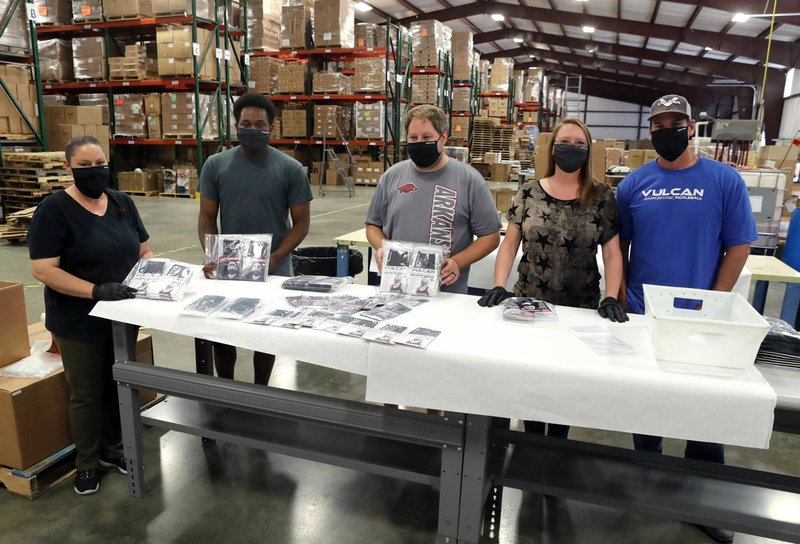 Sports during COVID and beyond

While COVID-19 has kept people apart physically, sports companies have desperately looked for ways to maintain a vibrant sports community or help contribute to the fight against the virus. For some, it meant taking their business online and reaching new audiences. For others, it meant repurposing their existing equipment to help both local and global communities actively fight the virus with personal protective equipment.

While the pandemic has tested the sports industry, the pivots discussed above could mean that eSports will work their way into the mainstream – even post-pandemic. 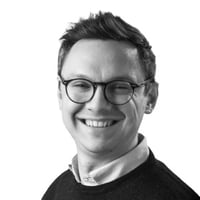