Fresh from the press, here’s the #2nd edition of Pocket Change - a fintech newsletter made by the Netguru team. 👇

This week you can read about:

✅ How a 168-year old money transfer dinosaur is trying to fend off a plethora of remittance startups, the likes of TransferWise and WorldRemit 🔥

✅ What Jamie Dimon, the CEO of JP Morgan Chase, has to say about fintech 👨

✅ Tips on pitch decks from the CEO of Carda, a startup with $1bn+ valuation 🏦🏧🗣️

2. Chart of the Issue - Insurtech

The Promised Land for insurtech for SMEs is far, far away.

Unless you live in China. 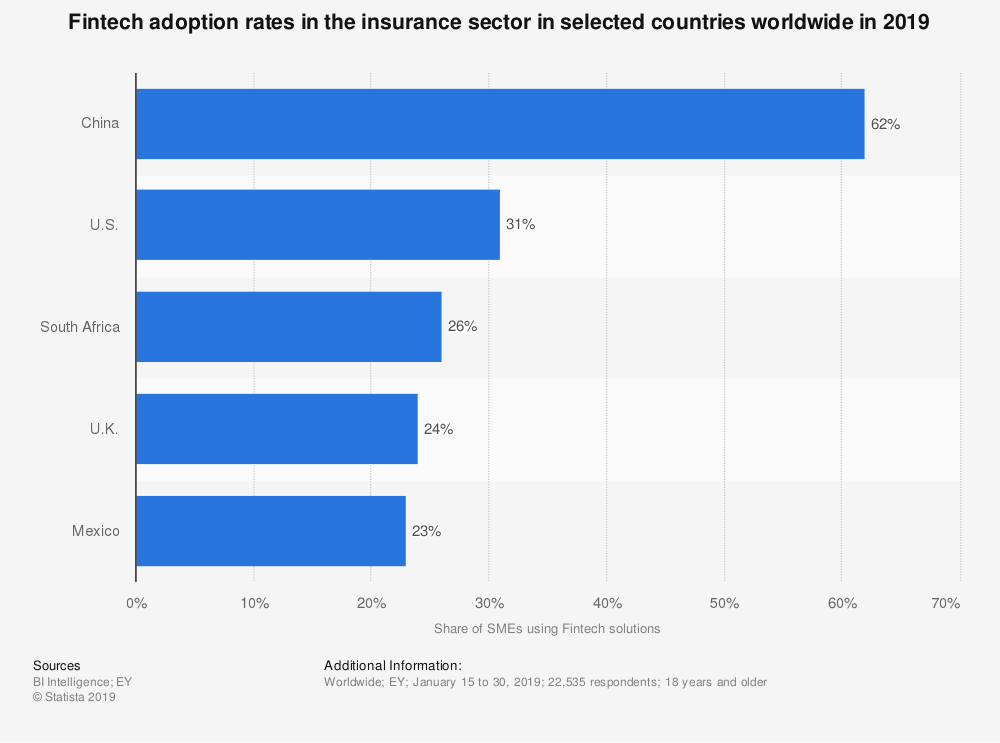 Speaking of insurtech, here’s something special for all PocketChange subscribers - you’re the first to get the info!

The best thing: admission is free (but the number of admissions is limited). If you’re interested, join the waiting list here.

3. Lessons Learned - How Western Union Tries to Change the game

If you somehow missed this brand, Western Union is the 168-year old leader in international money transfers, generating $5+ billion in annual revenue.

Eight years ago, Khalid Fellahi, the general manager of the company’s Africa division, had been tasked with building out the Western Union’s digital business.

Key takeaways from their fintech strategy:

✅ Unlike many banks which are closing branches, Western Union DID NOT stop investing in physical locations
✅ Also, the company decided to outsource parts of building its digital arm to Silicon Valley engineers
✅ Western Union has found a way to make use of its physical network:

Read the full story on CNBC

You’ve got to be able to understand a dreamer from somebody that’s crazy. There’s a thin line.

McMillan oversees a division that lends to US wine producers. A wonderfully insightful story by Rachel Louise Ensign for WSJ.

Fintech, of course, is always going to try to eat your lunch, and I think that’s good, that’s called American capitalism, and we have to stay on our toes to compete.

Managing (and ordering) prepaid cards with a preview of their balances.

Check out this teaser by our own Michał Kubalczyk.

Well, that’s pretty much all. If you've missed the first #PocketChange, see one here.

Hope you enjoyed this issue  – Pocket Change is semi-regular, so the  next one will appear in 2-4 weeks’ time.

Meanwhile, hit me up on Twitter, LinkedIn, or leave a comment with your feedback. Which part of the newsletter is of the most value to you? Do you feel that anything is missing?

I’ll be happy to see what you think.