How To Configure Ruby on Rails With Paranoia Gem

Paranoia is a gem that allows you to hide records instead of destroying them. You can recover them later if you want. It’s a very simple (one file with about 300 lines of code) reimplementation of ActsAsParanoid.

I assume you have a Rails app with User, Conversation and Message models created, with basic views added with conversations showing authors and messages

What you will use

Add paranoia gem to your Gemfile:

You add it like that because the newest release doesn’t include some features that will be used in this tutorial.

Now, let’s say that you want to delete an user, but his messages should still be displayed with his name as an author (in your view you’ll have something like message.user.name). If you removed that user, when trying to display his messages you would get an error:

In order to avoid that, instead of destroying records you should mark them as deleted. It’s called soft deleting and it’s what paranoia gem is all about.

To enable this behaviour for User model, add this line to it:

You also need to generate and run this migration:

From now on, calling destroy on any user will set deleted_at to a current date instead of actually destroying the record.

But, if you try to softly delete an user and display his messages, you’ll still get the same error as before. That’s because paranoia gem changes the default_scope of a model, so every query will treat softly deleted records as if they weren’t there (WHERE "users"."deleted_at" IS NULL will be added to queries). Of course if you love your default_scope and you don’t ever want it to change you can achieve that:

You can also access your softly deleted user record in other ways:

If you want to restore a user, use this code:
or

What if you want to softly delete an user and all of his messages? You can do that simply by implementing acts_as_paranoid for Message model (as in step 2, you also need to add a migration) and then using dependent: :destroy
Note that if you didn’t implement acts_as_paranoid for Message model the messages would be destroyed normally and you wouldn’t be able to restore them. Also, restoring the user doesn’t restore all of his messages unless you use:
or

Paranoia is a really simple gem that makes soft deleting easier. If you need such a simple functionality and you don’t need better control that comes with implementing your own solution, choosing paranoia should work very well. 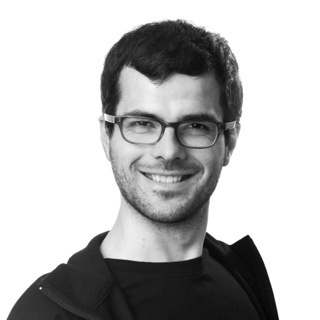 Andrzej Piątyszek
Follow Netguru
Join our Newsletter
READ ALSO FROM Ruby
Read also
How to Use Rails Assets Directly in Your JS Files with RWR View Helpers
How To Use Draper Gem In Your Ruby on Rails App
Need a successful project?
Estimate project or contact us
How To Configure Ruby on Rails With Paranoia Gem