Swap is a P2P mobile payment app that allows users to send money to anyone on their contact list, any bank account, and any debit card number. The application has already established itself on the Mexican FinTech market. However, after the project matured, Swap's team needed help in adjusting the design to include new services and functionalities. They hired an external design team to help them with the transformation. It worked.

We launched the product three years ago. The idea was to create a convenient mobile wallet you can send money with. The core of the product was simplicity. Just choose a contact on your phone and tap to make a transfer, says Bruno Ramos Berho, the founder & CEO of Swap.

In Mexico, bank money transfers are still complicated. Customers still make most of the payments in cash, while banks offer complex services. It often takes two hours to make a simple payment. In this environment, Swap's founders were looking for a solution that would make money transfers as simple as WhatsApp messaging.

Swap's team managed to bootstrap the project, and then form an in-house development team. "We did hire a software development agency for a quick release of an Android app, but we knew it was just a temporary solution since we wanted to have in-house control of the project, recalls Bruno. 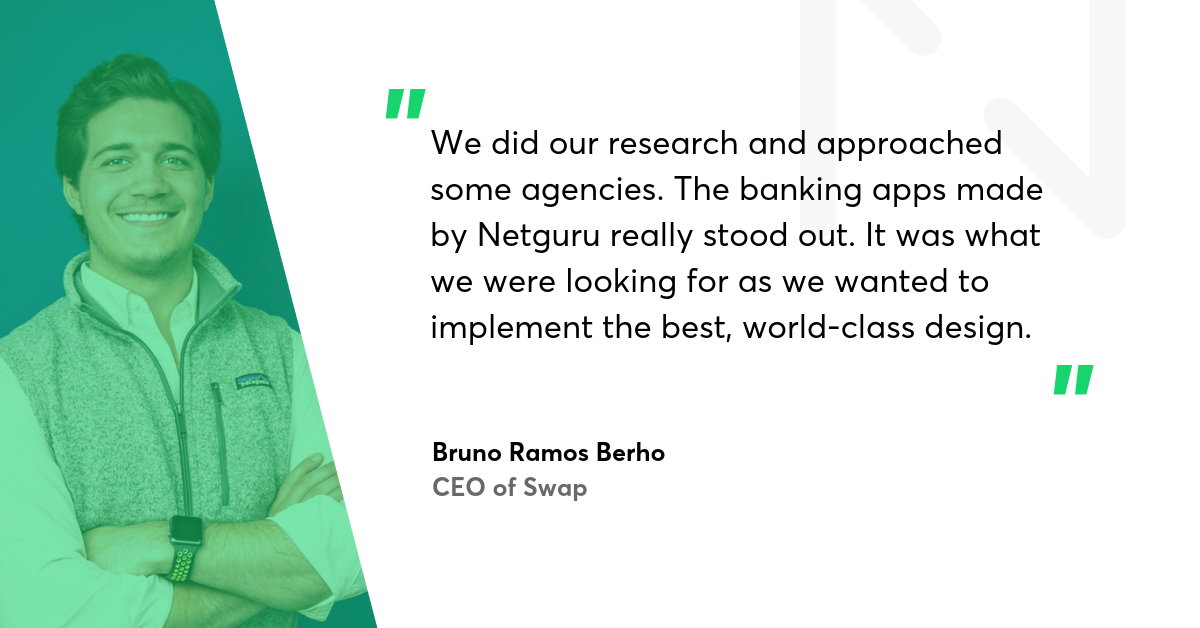 Reaching the limits of working with no designers

The Swap app was successfully launched and developed without any dedicated UI or UX designers. The team had no problems delivering a quality user experience as long as the product was uncomplicated.

Six months ago, we realized that adding new functionalities had created some friction inside the app. We concluded that it might hinder our growth as some of the new users might have felt lost, says Bruno.

The old interface version couldn't support the planned features. The founders decided it was time for a significant upgrade, and they needed to rethink and rebuild the app, introducing a brand new UI and UX.

We did our research and approached some agencies. The banking apps made by Netguru really stood out. It was what we were looking for as we wanted to implement the best, world-class design, said Bruno.

You can smoothly outsource design services

Netguru designers spent two months running analyses and creating the new interface for the Swap application. The project completed in December 2018, when the Netguru team handed over all the resources needed to implement the design. The Swap team had no problem with using the design to create a prototype of the new version of their app. The users in Mexico can now send and receive easy payments with any messaging app.

We liked the design and were very happy we could take over the design created by Netguru and work on it further on our own. The cooperation was very smooth. It's an ongoing process, and we needed the help of an experienced team that had already done some top FinTech projects to take a leap forward, says Bruno Ramos Berho.

The knowledge collected with the prototype helped Swap create a new, better version of their financial app.

Now we will work on it and adjust it to the needs of Swap users. We'll introduce them in our MVP.

Ready for the next step

Swap's team also learned how to improve the design of their app, and continue the process in-house.

Swap has over 85k users in Mexico and the company processes transactions worth 75 million dollars every month. As for the financing, the founders closed a pre-series A of USD1.2m, and are looking forward to taking the next natural step: rising a series A round.

The application brought a true revolution to the lagging Mexican personal finance market. Their customers can make payments to anyone through any channel they choose: social media, email, or using a bank account. You can plug in any card to Swap (including Revolut and Monzo). Thanks to the new design, the app has launched new features, such as Swap credit, and the users gladly picked them up. 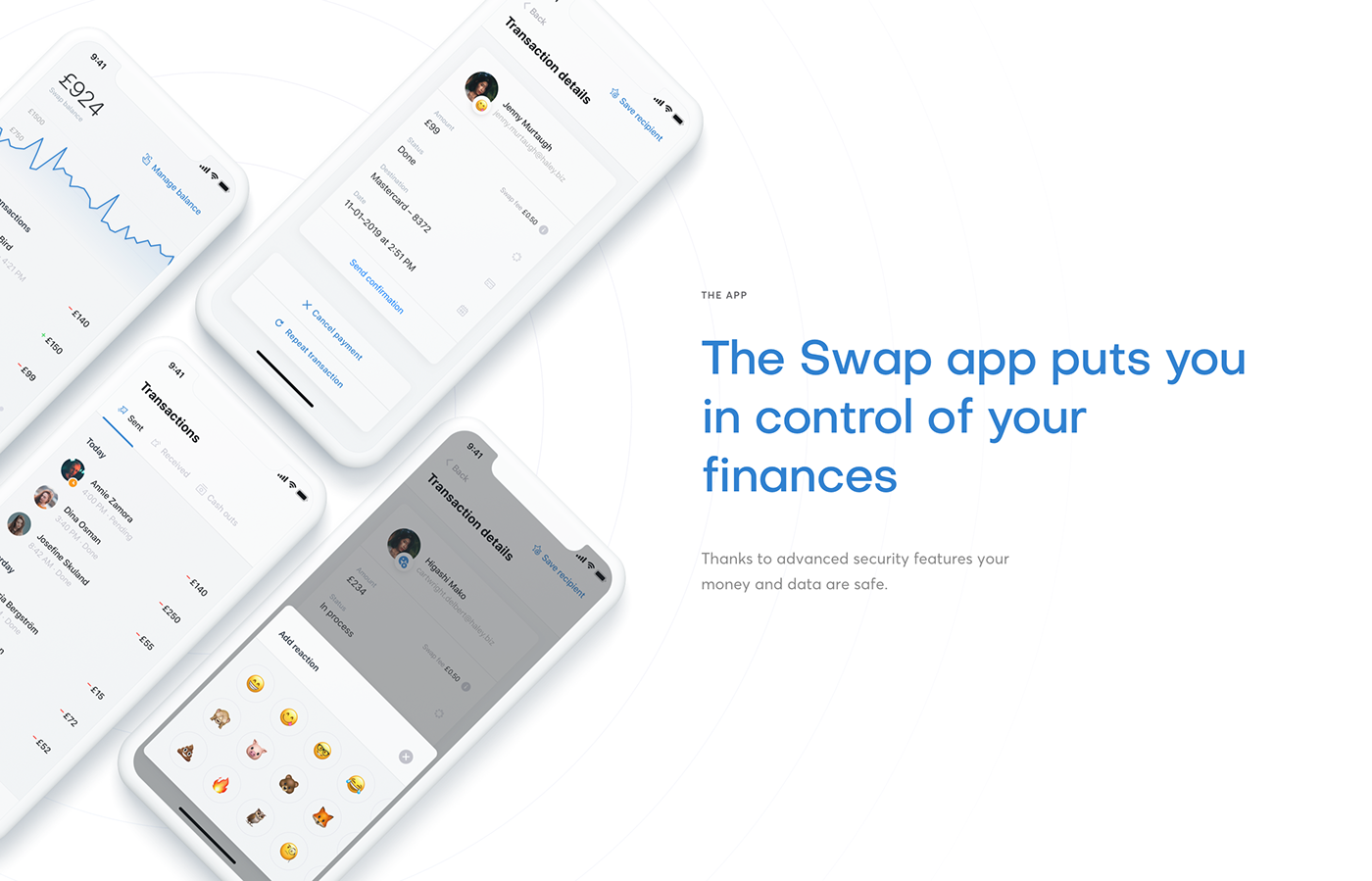 The company has plans to introduce a possibility of paying bills with Swap, as well as launching their own card, just like Revolut or Monzo. Additionally, they want to improve the reporting and personal finance management features that help their app users control their spending.

The short project we did with external designers proved to be the right choice and helped us look at the product from a different perspective, introduce new UX and UI, but still develop our app the way we have always wanted to, says Bruno.