We’re in a full-scale climate crisis and as Ryan Gellert, Patagonia’s CEO, puts it, “if we don’t clean up our mess, we’ll be history.”

Patagonia has committed to reducing emissions that come from their supply chain, but also strongly supports initiatives that address the climate justice problem. Their Patagonia Action Works program has connected more than 2,600 individuals with environmental non-profits that has resulted in 55,000 volunteering hours. Empowering local communities is vital to solving the crisis, especially if we want to reach the EU’s goal to become carbon-neutral by 2050. The company is on a mission to help redesign an outdated centralized energy system and give power back to the people.

The traditional energy system that relies on monopolies and fossil fuel extraction was designed without one crucial stakeholder in mind: our planet. The Intergovernmental Panel on Climate Change (IPCC) has found that fossil fuel emissions are the dominant cause of global warming. The oil and gas companies are already under pressure to switch to renewable energy, but their promises seem more like greenwashing.

The outdated model leads us straight to climate disaster. There is an alternative — giving power back to the people. Literally. Today, one million European citizens are involved in a growing movement that empowers local cooperatives to generate and supply clean energy to their neighborhoods.

Community energy could generate up to 45% of the European Union’s energy by 2050.

Patagonia is a strong ally in the movement. “Up to this point, Patagonia has switched almost all its owned and operated facilities in Europe to community energy,” says Gina Lovett, who’s been leading campaigns and advocacy as the Environmental Initiatives Manager at Patagonia.

She first got acquainted with community energy through Hackney Energy in London when she was living in the area back in 2014. “I was blown away by the hope and possibility that this project was bringing to the community,” she remembers.

Her experience has been vital in creating advocacy for community energy at Patagonia. In April 2021, the company launched We the Power, a campaign and documentary film shining a light on the citizen-led renewable community energy movement happening across Europe. Gina explains, “the campaign demonstrates the benefits that this system brings, both to local communities and to the health of the home planet and how people can get involved. Whether that’s starting, joining, or investing in an energy community.”

In the interview with Gina, we discussed how community-led energy production could fight the climate crisis on many levels.

Nat Chrzanowska: Before we dig deeper into the problem, could you expand on your role within Patagonia and your journey to becoming their Environmental Initiatives Manager?

Gina Lovett: Patagonia works on environmental issues from a number of angles and the business is the core tool to experiment with our mission: “We’re in business to save our home planet.” This includes radically reducing the impact of [the] business footprint and product, building community by granting and supporting grassroots environmental groups, and by using our standing to advocate for fair and just solutions to the climate crisis.

My role is to lead our campaigns and advocacy, so it’s more focused on this public-facing side of our work. I came to Patagonia via the early days of sustainable design journalism and environmental education to European advocacy, campaign work, and corporate communications with institutions and NGOs. Patagonia has allowed me to really consolidate this broad experience.

Climate justice will drive the change

In order to make a change, we must act together. Communities drive impact and nowadays get support from companies like Patagonia. Is there someone missing in the conversation about the climate crisis?

Climate change impacts people unequally, often with those least responsible bearing the highest burden. These, often called “frontline communities,” are communities of color or low-income whose neighborhoods often lack basic infrastructure to support them and who will be increasingly vulnerable as our climate deteriorates.

This is why we prioritize a climate justice approach as the best way to solve the climate crisis.

The marginalization of these communities is increasingly being used to widen the political divide, which makes it even more difficult to get agreement on the solutions to the climate crisis. What we see from our work — on community energy and on protecting nature — is that when communities are empowered to co-create their own solutions, it creates cohesiveness and builds collective action.

Something we’re really proud of is our work connecting individuals with our grantees through Patagonia Action Works. Since its inception in 2018, we’ve matched more than 2,600 volunteers with environmental non-profits, resulting in 55,000 hours volunteered.

What have been the biggest milestones in government regulations to help mitigate climate change in recent years?

There have been small but steady steps from governments that will go some way to mitigating climate change — commitments to halt deforestation and to phase out coal were made at the UNFCCC COP26 last November — but this is not enough. To make real progress, we need to address the systemic blockers to change like continued subsidies for fossil fuel production and the lack of investment in nature-led, local economies.

The big ideas for change that are really exciting to me are those like the Fossil Fuel Non-Proliferation Treaty, which is looking at a global treaty that would limit fossil fuel production. Right now, the Paris Agreement only focuses on the consumption side.

We need to keep fossil fuels in the ground, right from the outset, to stay within the global carbon budget.

I’m also excited by the prospect of Europe’s new Nature Restoration Law. Europe’s nature is deteriorating, and climate change is making things worse. To reverse this, we need to both restore degraded areas as well as protect remaining pristine places. This means rewetting our peatlands, freeing our rivers, and bringing back the underwater meadows and forests along our coastline. If Europe gets this law right, it will be a major win for nature, communities, and climate.

What else needs to be done on the legislation side to speed up the change?

We need to see government leaders enact and enforce regulatory standards on businesses to reduce our emissions. We need to commit to science-based emissions reduction targets. Governments need to regulate — set standards, require reporting, and enforce accountability for companies. I’m particularly alarmed by the levels of greenwashing and lobbying for blatantly unsustainable practices. The EU taxonomy which now labels nuclear and gas as “green” investments has been a disaster. This is exactly how greenwashing is going to continue.

There has been enormous outcry against it, even from its own expert advisory group.

What are the biggest problems within the current energy systems?

Our countries are highly dependent on fossil fuel exporters for energy supply. Such reliance makes us vulnerable to electricity price fluctuations. A recent survey by the European Climate Foundation showed that 86% of people would support new wind and solar projects near to where they live. They also expressed a strong interest in joining a local energy cooperative and supported government measures to accelerate the rollout of wind and solar power.

I’m echoing the community energy movement leaders when I say if one thing is clear from this crisis, it’s time to double down on the growing production capacity of renewable energy from the sun and wind. Local communities must be given the means to own their own renewable energy generation — not just as a tool for driving local social innovation but as a means to secure a clean energy supply for future crises.

A different approach to energy systems

What are the biggest obstacles to popularizing community energy across Europe (and beyond)?

Certain political parties and business alliances have controlled the narrative that energy should not be a concern for citizens, that it’s something that should be left to big business with the knowledge, money, and technology. That’s not true. A distributed, local energy system can be a vehicle for local economies, entrepreneurship, and just transition.

What are the benefits for community energy, both micro and macro?

Community energy not only has an impact on climate, but also contributes to a fair and socially inclusive society.

It helps reduce emissions by supporting renewable energy systems, stimulates local employment by training people to manage and maintain solar and wind installations, and boosts the economy with money that would otherwise flow to external investors.

The community collectively decides where the funds generated by the energy go, whether that’s into much-needed home insulation measures to reduce fuel bills or installing electric-bike stations.

How would you evaluate Europe’s efforts to shift to community energy when compared to other regions?

The situation varies significantly across Europe. Germany, for example, is behind in the process of translating this renewable energy directive into national law. Although the EU legislation for community energy is quite progressive, the responsibility for those policies is left to each nation, which means that a lot more needs to happen at the national level in order to implement the legal framework for community energy.

In the UK, the Local Electricity Bill campaign is seeking to ensure communities can once again financially benefit from producing renewable energy. The removal of the feed-in-tariff a few years back halted the movement’s progress.

One million European citizens are currently involved in the community energy movement either as members, investors, or customers of energy communities. By 2050, this number could increase to 260 million citizens and community energy could generate up to 45% of Europe's electricity, providing local jobs, reduced energy bills, a healthier environment, and a stronger social fabric.

What’s the role of Patagonia in supporting community energy?

Ultimately, while we continue to make gear for outdoor sports, we’re in business to save the home planet. This is our reason for being as a business and every action we take is in pursuit of this aim. Up to this point Patagonia has switched almost all its owned and operated facilities in Europe to community energy.

In the UK, the energy consumed by Patagonia’s UK stores will be supplied by a community-owned renewable energy project, Energy Garden. We have a power purchase agreement (PPA) that guarantees the community energy group demand and income. For every kilowatt of electricity Patagonia buys from Energy Garden, Patagonia will also pay an additional “Social Premium” to support Energy Garden’s work with local communities. With this, and other examples across our European operations, we want to open the conversation with responsible businesses to discuss what we can do together to accelerate community energy.

How can other businesses contribute to accelerating the energy transition?

Businesses can also use their influence to have a positive impact and get behind progressive climate measures that will ensure action to phase out fossil fuels in the coming decade. Far too many business leaders say they are reducing emissions but are behind closed doors lobbying against climate policy.

What are the next three big missions you will be working on within Patagonia?

This year we’re continuing telling the story of community energy with We the Power. Our campaign to create a Vjosa National Park also continues to move forward. After a successful 2021, we are hoping that 2022 is the year that the Vjosa is proclaimed as a Nature Park — the first step in becoming a National Park. We also have an exciting campaign around a vision of a new coastal economy and nature-based solutions coming up in late summer. Watch this space! 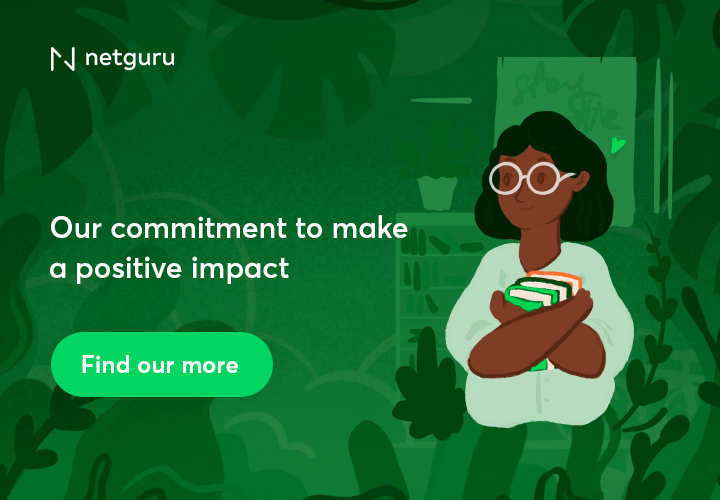