Journalists have a key role in the transfer of knowledge around the world.

They need to report the news as accurately as they can—and shed light into the innovations of tomorrow that are being built today. Within this sector, tech journalists have the role of  finding the next big things in the technology arena and reporting on them so we all understand how they are contributing to the world's successes.

Here are ten notable tech journalists based in New York. Keep an eye on what they are coming out with to make sure you know what’s happening on the cutting edge of technology. 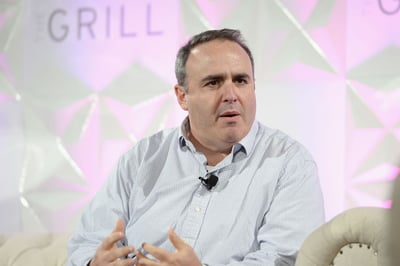 Peter is one of the more well-known reporters covering tech and is based in New York City. Currently, he is the senior correspondent of Recode Media which is the same network that the famous Kara Swisher is involved with. Recode Media is part of the Vox family of networks.

Peter is also the co-producer of the Recode Code Conference, one of the biggest conferences in tech and journalism. Recode is known for being one of the only conferences that could get Steve Jobs to come out and have a conversation.

The man has quite a background in journalism as well. He covered technology at Forbes from 1997 to 2005, when he switched over to Silicon Alley Insider to become the site’s managing editor. Peter currently resides in Brooklyn, New York, where he covers tech in NYC and across the country.

Netflix says it speaks truth to power, after all 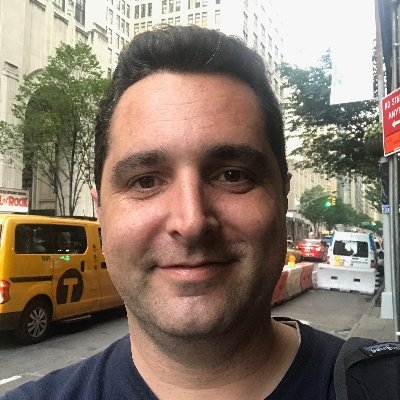 Mike Dudas is a top journalist focusing on the blockchain and crypto world. He is CEO of The Block, which is the first and last word for anything happening in cryptocurrency. In fact, it is positioned to be the world’s leading authority on the whole crypto space.

Mike has had his hands in other technical projects as well. According to his Twitter, he helps Disney with corporate development, was on the Google Pay launch team, and was the co-founder of Button, which is a better way to do business on mobile phones. 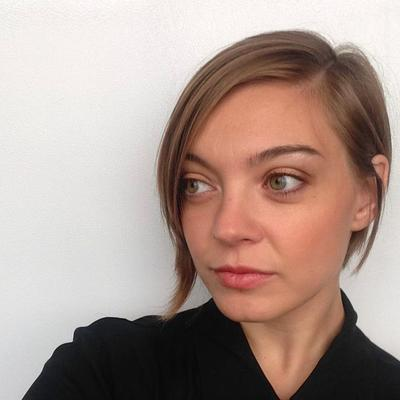 Ruth Reader is a writer for Fast Company, generally covering the intersection between technology and health. The benefit of following Ruth is that she is very focused on her domain, as she primarily covers healthtech.

Because she is an up-and-coming writer, she’s more approachable than a producer or editor. This means she is always looking for stories in the healthtech world. Although based in New York, she covers things that happen outside her location, as well as general trends in technology and health.

Kaiser Permanente is redesigning medical school, starting with the cadaver 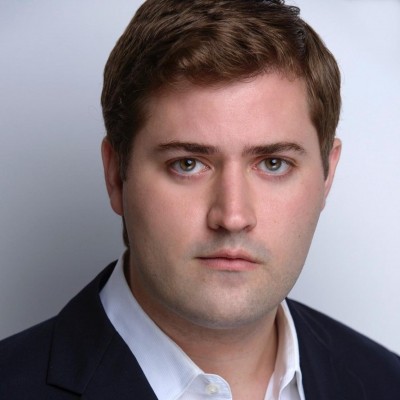 Alex Conrad is an associate editor at Forbes, covering technology and VC in the New York and larger US ecosystem. Alex is also responsible for running the Midas List and the Cloud 100. The Midas list is a yearly ranking of the top venture capitalists, from one to 100. It has become quite a conversation starter across the coast in the Silicon Valley, as VCs all secretly want to be on the list. The cloud 100 consists of the 100 best private cloud companies, ranked by Forbes and spearheaded by Alex.

This gives Alex tons of responsibility at Forbes, and he generally delivers. If you head over to his Twitter profile, you’ll see that he spearheaded the cover story about UiPath growing to be a multibillion-dollar company. If you’re building a tech product and want a high-profile reporter to run a story on you, Alex has got to be on your list.

SoftBank’s Vision Fund In Talks To Invest In EquipmentShare, A Construction Startup With A Twist — Operating Profits 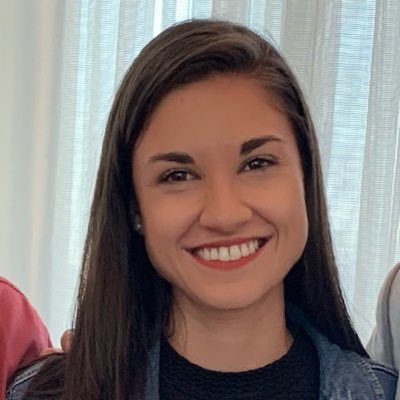 Polina is running the Term Sheet newsletter, which is a part of Fortune Magazine. Whether it’s Silicon Alley, Silicon Valley, or somewhere in between, Polina is on the lookout for founders and funders to write about.

Polina also hosts a personal newsletter called “The Profile”. You can find it hosted on Substack, which is a new tool allowing anyone to start a paid newsletter.

What is interesting to observe about Polina is that she is going long on email. By doing a daily newsletter at Forbes and her weekly personal newsletter, she’s setting herself up for a long and prosperous career. 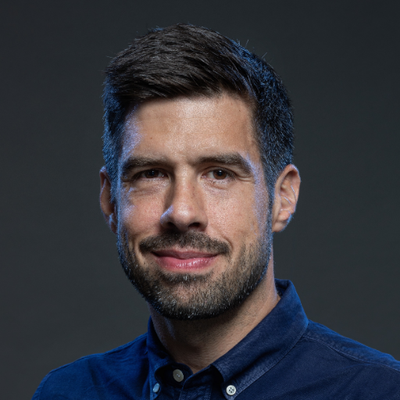 Jason is a reporter at Recode and is primarily responsible for covering everything having to do with Amazon. This is important to readers, because thousands of small businesses and D2C brands are competing against Amazon. Jason is also the host of the Land of the giants podcast, which is a deep dive into how Amazon got to where they are today. When not reporting on Amazon, he covers the ecommerce industry as a whole as well as how tech is transforming the brick and mortar experience.

Lastly, he is also responsible for the recurring event series Code Commerce, which brings in top executives and founders at the intersection of internet and commerce. Jason started his career off at AdAge, and he has written well-circulated stories like the return of Jack Dorsey to Twitter in 2016.

Nathan Latka is a bestselling author and tech podcast host. Is he also a con man? 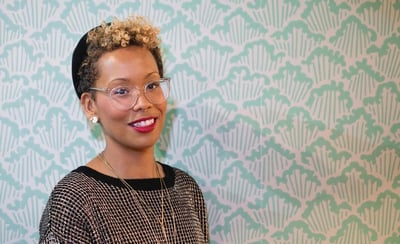 Jenna is a Staff Writer at the New York Times, as well as co-host of the podcast “Still Processing.” She is also the co-editor of Black Futures, a book about what it’s like to be Black in America today. Jenna is one of the most influential writers in all of New York just judging from her Twitter following count, which is at 700 thousand right now.

Jenna also used to write for the New York Times short-form publication, Bits. She doesn’t cover tech directly, but she covers culture in tech among other things, and how that culture changes with tech trends. Before The Times, she was a culture reporter at Wired.

We examine the portrayal of masculinity as mental illness in “Joker,” “Succession” and “Fight Club.”

Social media has turned out to be the perfect tool for nonbinary people to find — and model — their unique places on the gender spectrum. 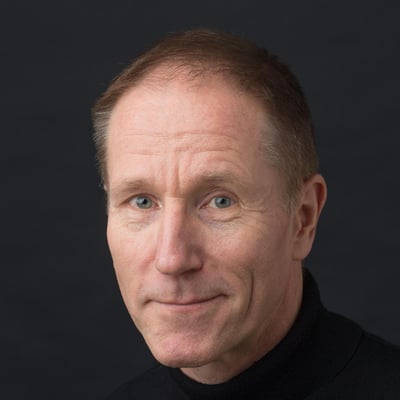 Steve is a tech industry titan—he’s been covering tech and business in the New York Times for over 20 years. He was even a part of a Pulitzer Prize-winning team in 2013 for explanatory reporting.

He hasn’t been at the New York Times his whole career, either. Steve has written for publications like The Atlantic and Washington Monthly.

Also an author, Steve wrote Dataism, which is a book that examines how businesses use data to make better decisions. He has written other books on software programming as well.

With Big Tech in Their Path, Start-Ups Turn to Business Markets

What, if Anything, Should Be Done to Rein in Big Tech?

Natasha is a tech reporter at the New York Times where she covers business, education technology, and consumer privacy. She’s also planning on teaching at the School of New York Times to educate future journalists and reporters for the paper.

While Natasha has recently expanded her scope, she used to be very focused on reporting on data-related stories. This likely stems from the fact that she is an alumna of Data and Society, which is a nonprofit research institute dedicated to the research data.

Google to Store and Analyze Millions of Health Records

The Government Protects Our Food and Cars. Why Not Our Data? 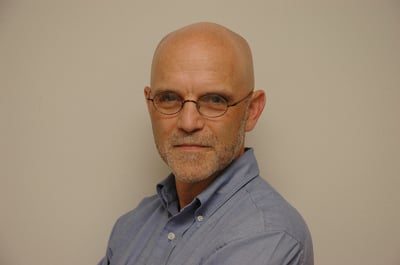 Jason is a tech reporter for the Wall Street Journal, mainly covering news in venture capital and angel investing. He has also written commentary for the updated version of the popular book The Intelligent Investor.

He focuses on all things money for the paper and is one of the outlet’s more well-known writers. Jason started at Money magazine and was often a guest columnist for Time and CNN. Zweig was a trustee of the Museum of American Finance, which is related to the Smithsonian Institution.

Ironing Out an Investing Mystery

Whether you’re into startups, venture capital, healthtech, or anything having to do with who is building the future, these journalists have the goods.

They are doing the hard work to find out what happens in the tech world first and reporting it to those who rely on such information to guide their business decisions—or just anybody interested in such an important aspect of our society.