New York’s tech ecosystem (Silicon Alley) currently ranks at number two in the country, only behind Silicon Valley. Silicon Alley’s dynamic growth since the mid-2000s has been made possible by NYC’s large capital stock and a developed financial market, efficient technical infrastructure, but also a developed system of startup accelerators.

Accelerators are one of the most useful types of time investment for early-stage startups. Within an accelerator, early-stage startups get funding, mentorship, and access to investors in their geography and around the world. New York is no stranger to accelerators, as they house some of the best ones on the east coast, growing and scaling startups every year.

Here is a list of the top ten accelerators in New York. If you’re interested in the startup scene, we recommend you keep an eye on these programs!

Grand Central Tech (GCT) Startup-in-Residence program gathers top early-stage founders in NYC by providing free office space for one year, with a zero-equity fee to participate in the program. They can provide this with absolutely no strings attached (such as commitments to pay for services or rent space upon graduation) because it housed within Company, a premium 1.1 million square ft. office space in midtown that rents the majority of its space to corporates and startups. GCT teams can leverage the amenities and community to help recruit talent and naturally make the serendipitous connections that help startup growth.

In its evaluation criteria, GCT seeks companies with big ideas solving valuable problems and it aims to nurture connections between New York’s established companies and entrepreneurs.  GCT is operated by the Company Ventures team, which provides all GCT teams with support and also invests in NYC tech companies. Since its foundation, the accelerator has created an impressive roster of local startups, including Common, Maven Clinic, Knock, and more.

How much you get: Varies 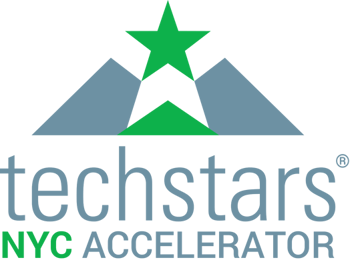 One of the biggest accelerator networks around the world, Techstars, has an office in NYC. Started in 2006, Techstars has funded over 1,900 companies across all of their locations. Some of their biggest wins are Classpass, Pillpack, and SendGrid.

One of the interesting aspects of the Techstars model is that they are aiming to tap into the global network of founders, not just rely only on the San Francisco network. This makes Techstars one of the most powerful accelerators in the country.

The New York chapter of Techstars was opened in 2011. Techstars New York collaborated with Barclays to create an accelerator focused on Fintech.

They invest $120,000 into each company and have them fly in to New York to participate in the three-month-long program. During the program, startups get connected to mentors who guide them along the path to building a big, sustainable company.

“The $100K convertible promissory note is offered to every company upon acceptance to Techstars, typically through our Star Power Partners fund. This note has a cap of $3-5M, depending on your last round. There may be terms specific to the program, so please discuss specifics with the Managing Director during your interview.”

Founded in 2010, AngelPad is a successful San Francisco-based accelerator that expanded to NYC in 2013. Every six months, the accelerator selects about 15 startups from an impressively large pool of applications. Lucky companies become eligible for a 12-week accelerator program that involves preparation for fundraising, finding a target market, and participating in investor meetings. Each company that enters AngelPad receives $120,000 for 7% of the entity.

AngelPad was ranked the number one accelerator each year since 2015 by MIT, Brown University, and the University of Richmond, which evaluate over 160 U.S. accelerators each year to determine the top-performing programs. Since its establishment, AngelPad supported 150 startups in almost any tech vertical including SaaS, Advertising, API, Mobile, Data, B2B, and Healthcare.

They sell themselves as the anti-Y Combinator. Like in Techstars, the class sizes at AngelPad are kept below 20 teams to make sure the mentors and accelerator directors can be hands-on with the startups where they need it. Aside from helping directly with the business, Angelpad focuses on mentorship, tier-one investor access, and community.

Blueprint Health is a healthcare-focused accelerator, and just like the others, brings unique advantages for companies in that space. It is seated in New York, and requires all companies to move there for the duration of the program to get the most immersive experience.

Blueprint Health says on their website that they will accept companies in their early stages, even before revenue. Like any good investor, they evaluate several factors before making an investment (team, market opportunity, product, etc).

Blueprint health has a very structured mentor matching program, which almost feels like speed dating. Founders will meet with over 50 mentors for 15 minutes. If there’s a good match with one of them, then they can continue offline. Other perks of the program are events they host, the strong alumni network, and aid in creating marketing material for customers and investors.

Dreamit is an NYC-based accelerator that has funded over 300 startups since 2008, making it larger than the average accelerator. Dreamit also invests in later-stage startups, allowing the companies participating to focus on growth and fundraising rather than product development. There are a few characteristics that make Dreamit interesting: In the accelerator, they have customer and investor sprints.

A customer sprint is where the startups go on a roadshow—that Dreamit helps set up—to recruit new customers. This is also a great way to build partnerships and get feedback on products.

The investor sprint is similar, but here startups are meeting investors all across the country and pitching to them for an investment. This speeds up the fundraising process and helps secure a higher valuation as well.

Dreamit startups include such names as SeatGeek, HouseParty, LevelUp, and Adaptly among others.

How much you get: Dreamit doesn’t invest in all of its companies, but it has a right to invest up to $500,000, plus gets some advisor shares.

The US Edtech accelerator is part of the Started network, which is a startup community based on the coasts that aim to fund and grow edtech startups.

Unlike all the other accelerators, this accelerator is equity-free—which may make it more attractive to some founders. Founders who participate get access to premium office space in NYC. Another aspect that makes this accelerator special is that it is focused only on edtech companies. There are many perks that come with this.

They find edtech-interested investors and match startups up with them. They also have a major network in the education space, which is helpful for partnerships and sales. Some of their newest partners listed on their website are BMO, Cooley, and Microsoft. The benefits of being in the Started network are also substantial. Some of the perks include:

The accelerator is an additional arm that makes this network so much more valuable.

How much you get: $5,000 investment by the participating company, they don’t give up any equity.

Betaworks Camp is an accelerator nested within the Betaworks umbrella. It may sound like you would need to pack your bags for the summer and head north to sleep in a cabin, but it’s not that type of camp.

Betaworks Camp is an ongoing program that funds companies in the area of emerging technologies, based on each cohort’s theme. The current theme is audio, but previous themes have been based on camera tech, chatbots, live streaming, and others.

Betaworks is a well-known brand in NYC and San Francisco. They are a venture capital firm and a provider of programs for startups to be involved with that don’t entail investing. To get into a Betaworks camp, you need at least, of course, a beta. They don’t invest pre-product.

Among the notable names, one should mention Giphy (the search engine for GIFs), Poncho (a popular weatherbot), and Dexter (a bot-building platform). 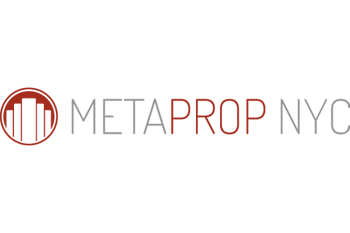 Metaprop is an accelerator in collaboration with Columbia University, which is primarily focussed on proptech startups.

Proptech is a synonym for real estate tech. The program is longer than most at 22 weeks, but the benefits are apparent if you browse their website. Startups who go through Metaprop can get up to $250,000 and get a master class in penetrating a market and capturing market share.

Metaprop boasts an impressive list of mentors, all of whom are in the proptech space. Additionally, Metaprop has spent years building up their partner programs to include juggernauts like Zillow Group, DLA Piper, Silicon Valley Bank, and other Fortune 500 companies in this space. It all culminates in a demo day where the founders pitch their startups to a carefully selected group of investors.

NYC Digital Health Innovation Lab was founded by the Partnership for New York City and the New York eHealth Collaborative to support growth-stage companies that have already developed a market-ready solution. Each year, a review committee comprised of hospital leadership, technology experts, clinicians, and investors selects up to ten companies for participation in the New York Digital Health Innovation Lab. Each company selected by the committee is paired with a provider organization or multiple provider organizations whose activities match a product or a service developed by the startup. Since its establishment, the Lab has supported 27 alumni companies, which raised over $250 million and created over 160 high tech jobs in NYC.

Companies that started off in accelerators

Some of the biggest tech companies started off in accelerators. Airbnb, Reddit, Dropbox, Pillpack, and thousands of others had their roots in programs like those we mentioned above and are now billion-dollar companies.

If you’re in New York and you want to work for a high-growth tech companyor invest in one, keep an eye on these accelerators—who's entering them and who's coming out the other end.