Why Is Vue.js Growing so fast? 4 Reasons Behind the Framework's Success

There's no denying that Vue.js has been gaining a lot of traction, fast. According to The State of JavaScript 2017 survey, 48% of developers want to learn this JavaScript framework, and 20% of developers used it so far. What's even more important is that 90% of developers who dipped their toes into the technology would use it again in their future projects.

In 2017, Vue added 40.0k stars on GitHub, gaining the #1 spot among the most popular JavaScript projects and becoming the 5th most starred project on GitHub (95K+ stars as of today).

Why is Vue so popular?

Basically, because Vue has it all to make development smooth and easy. Its gentle learning curve is the first significant factor. Vue is also lightweight, flexible, modular and highly performant. Moreover, Vue is surrounded by amazing tools, as well as efficient state management (Vuex) and routing (Vue Router) options. The framework offers incredible development speed thanks to a wealth of ready-to-use plugins that solve critical issues in every application, enabling quick and cost-effective product development. So let's take a closer look at the key benefits of Vue to help you understand the potential of this popular framework better.

Developers agree that Vue is one of the easiest frameworks to learn and master. To get started, you need a few lines of JavaScript with a hint of HTML. One big advantage of Vue's accessibility is that it makes finding competent developers and building a fantastic development team easier. Consequently, recruiting Vue experts is also less expensive.

Vue's defined ecosystem is a massive advantage because it allows developers to choose a solution to a specific problem efficiently. They don't spend hours on finding the best one. Moreover, Vue allows selecting only the required building blocks.

Vue may focus on the view layer, but with the help of Vuex, Vue Router, Vue Test Utils, and Vue CLI, it also provides recommended solutions to common problems. This, again, boosts development speed and unifies it across different projects. Since most projects use the same solutions, it's also easier for developers to get started right away instead of wasting time on learning about these tools.

Vue's incrementally adaptable ecosystem scales between a library and a framework, which makes it an optimal solution for any development project.

3. It saves time thanks to the out-of-the-box official Command-line Interface (CLI)

Vue is so incredibly popular also thanks to the Vue CLI - a system created and supported by the Vue Core Team that reduces to a minimum the time developers usually spend on initial project setup and scaffolding. Vue CLI includes a project generator that makes it easy to start a new project and generate a scaffolding ready for development. No wonder that Vue CLI aims to become the standard tooling baseline for the entire Vue ecosystem.

The 3rd version of Vue CLI offers an entirely new experience – it allows generating a project by going through a set of questions about what the project needs, making it possible to build a scaffolding for an app in no time. The base configuration using a Vue CLI 3 project is bare-bones Webpack and Babel, which reduces the size of the initial bundle to the minimum. Developers can add all the additional features via plugins only when they're required. This allows for installing only the required features as the application grows and new requirements arise.

4. It's simply the best of both worlds (AngularJS and ReactJS)

Evan You, the creator of Vue, worked in various AngularJS projects while working at Google. He built a lightweight solution by extracting the best parts of AngularJS without all the extra concepts involved. That's how he created Vue.js.

Vue was made to address the shortcomings of Angular, but, in reality, it combines the best parts of two most popular frameworks: AngularJS and ReactJS.

From Angular, it took similar templates with good syntax and the way it is easy to use in already existing projects. From React, Vue got the component-based approach, props, one-way data flow for component hierarchy, performance, virtual rendering ability, and the understanding of the critical role proper state management of apps plays in web applications.

Vue itself is lightweight, weighing around 20KB, and offers fantastic performance at warp speed. Vue 2.0 is one of the fastest frameworks ever created.

Its rendering layer was rewritten with the help of a lightweight Virtual DOM implementation forked from snabbdom. Since all dependencies are tracked during render, the system can determine which components need to reflect the changed state. That allows Vue to know which exact parts of the view need to be re-rendered and leaves the rest intact, significantly speeding up application reactivity.

Again, why is Vue growing so fast?

Vue makes it so easy for developers to adapt and implement the elements every app requires. Working with Vue is pure pleasure and developers have a lot of fun tinkering with the framework. It’s also supported by a growing community of dedicated developers who can offer help and advice when needed.

Thanks to its gentle learning curve facilitated by the very detailed and understandable documentation, developers can start coding very quickly – as long as they're familiar with HTML and JavaScript. This is what makes Vue such an advantage in a fast-paced development team where quick iterations are the norm.

Equipped with Vue's ecosystem and Vue CLI, it doesn’t matter if developers build a small proof of concept app or a fully-fledged web app – it's going to work great. Combining the best parts of the existing JS frameworks, AngularJS and ReactJS, Vue simply is a great competitor and deservedly earned the top spot among the most performant and popular frameworks. 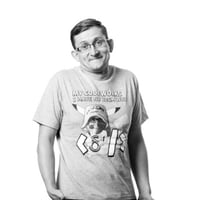 READ ALSO FROM Vue.js
Read also
Vue.js and PWA - The Perfect Duo? We Decided To Check It Out
Top Vue.js open-source projects: The Best Libraries, Tools and Packages
13 Top Companies That Have Trusted Vue.js – Examples of Applications
Need a successful project?
Estimate project or contact us