Build and deploy apps for iOS and Android with Flutter development

Let’s work together!
Overview Approach Expertise Work with Us

Flutter is Google's mobile app software development kit (SDK) made to build cross-platform applications. It's a complete environment with a framework, widgets, and tools, which gives you the opportunity to develop mobile apps efficiently.

Lunching – a food delivery app developed for iOS and Android

Uber Eats, DoorDash, Delivery Hero or Lunching.pl – these food delivery apps are changing the way we order our takeaway food. We decided to build a cross-platform app based on the Flutter framework as an internal project. Food ordering and delivery apps are perfect for Flutter because of the low level of complexity –  yet they need to have a beautiful design to present tasty food photos as well as a quick and user-friendly ordering flow.

Flutter is a very promising mobile cross-platform technology. I was surprised how easily the team could begin working on Flutter applications and how quickly the first results were delivered.

Make an app that attracts and retains user attention

Use best practices and the most adequate technologies to speed up the app development and provide the best possible experience to your users – get the perfect mechanism for well-crafted system architecture and code quality. Let’s work together!

You get a universal set of UI building blocks you may assemble using a clear layered architecture. Additionally hot reload allows you to experiment freely, add features, and remove bugs in no time, which is perfect for your MVP.

The widgets are adaptable and make your UI flexible, so you can reuse the modules and whole sets of components in different layout configurations. Flutter also brings to the table an ability for real-time UI iteration, which enables flexible customization.

Create apps that can run across multiple device platforms such as iOS and Android using Flutter – it provides rapid development time to help you market your app even faster and reach even more users in the shortest time possible.

With Hot Reload you can see every change you make immediately in the app. Every feature or fix is applied there within seconds. It makes a big difference for software developers as immediate feedback makes coding much easier, faster, and more precise.

Get native UX with a single cross-platform code base

Flutter is an open source software – the SDK uses a C++ rendering engine and is based on the Dart programming language. It also provides widgets out of the box, and its architecture is based on reactive programming, which means it's asynchronous, with data streams and propagation of change. This makes the app responsive and gives perfect usability to the user.
Contents
Flutter to reach both iOS and Android users Customizable UI widgets Easy to learn Dart is modern and effective Cross-cultural accessibility Superb documentation

Flutter to reach both iOS and Android users

Take your idea to the next stage with a smooth development process.

The development model is based on objects. In Flutter, each object - button or a font - is a widget. Widgets are at the core of the Flutter concept: using them is a lot like building with blocks. At the same time, your Flutter development team gets access to the lowest level of the code, where they can create new widgets - designed for your needs. They will do so using the same tools the Flutter team used to build the default widgets.

When choosing a technology, you should always take a closer look at how many people are using it and how steep the learning curve is. In the case of Flutter, both are very promising. While the main challenge is the knowledge of Dart (frameworks like React Native use the more popular JavaScript), even beginner developers can build quick prototypes and apps with Flutter.

Thanks to Google's support, the young technology is growing rapidly. This means that there are more and more young engineers using this technology,  making it more accessible to businesses.

Dart is modern and effective

The language behind Flutter is similar to C++ and Java. Dart is accessible even for beginners thanks to its unsurprising object orientation and syntax. Additionally, it combines both ahead-of-time (AOT) and just-in-time (JIT) compilation, which gives you high performance of the app.

Unlike the languages used in native Android development, Dart does not need separate XML files from the layout, which means faster and easier development.

With Flutter you don't have to worry about internationalization: Flutter supports 24 languages. Apart from this, it has built-in currencies, dates, units of measure, as well as layout options adapted to the languages that are not written from left to right. You have all this included in the Dart intl package. Moreover, Flutter is fully accessible by providing large fonts, enhanced contrast, and screen readers for users who need it.

Flutter is easy to learn – while the main challenge is getting to know Dart (React Native uses the more popular JavaScript), even beginner developers can build fast prototypes and apps with Flutter. Thanks to Google's supervision the young technology is growing very fast.

Flutter has clear and well-written documentation and there are valuable tutorials available online. This means that there are more and more young engineers using this technology, making it more accessible to businesses.

A cross-platform app based on the Flutter framework

Lunching is a concept app for a corporate food delivery system where employees can order lunch from nearby restaurants to their office. Thanks to the Lunching app you can see the nearest restaurants, check the best deals, and see the full menu prepared for today.

We’ve designed a simple 4-click ordering flow to not waste your time on choosing today’s meal. All the amazing food photos are spiced up with beautiful animations.

"I've really appreciated the flexibility and breadth of experience we've been able to tap from the Netguru team. While most of our work together has been in React Native, at times when needed we've also gotten support in QA, design, UX, iOS and Android as well." 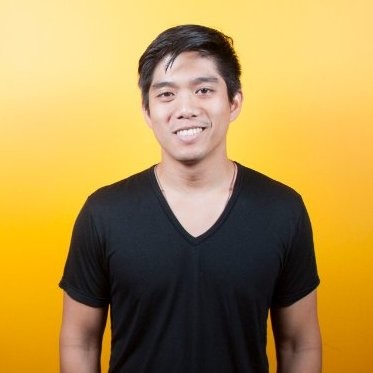 "About three years ago we decided that we want to be a technology-independent company. Netguru has been the best agency we've worked with so far. The team is able to design new skills, features, and interactions within our model, with a great focus on speed to market." 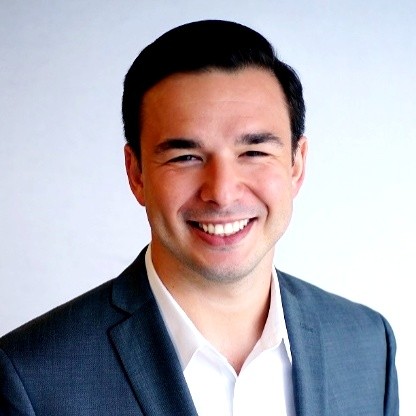 "Working with the Netguru Team was an amazing experience. They have been very responsive and flexible. We definitely increased the pace of development. We’re now releasing many more features than we used to before we started the co-operation with Netguru."

What is Flutter and how can it help my business?

Here are answers to some of the most common questions asked by our clients: Let’s work together!

What companies should use Flutter?

Flutter has a range of advantages – here are a few types of businesses that can benefit from it:

What are the main benefits of using Flutter?

Thanks to its architecture and engineering design, Flutter aims to provide 60 or 120 frames per second (fps) performance on devices capable of 120Hz screen refresh rates. It let you build very responsive and user-friendly apps.

While React Native allows you to share over 90% of the code between the Android and iOS apps, in case of Flutter you can practically reuse 100% of the code. This speeds up the development process and makes your product less susceptible to mistakes.

Flutter can interact with cameras, network, geolocation, and storage flawlessly. The support for native modules was one of the biggest barriers for hybrid mobile development and Google's Flutter may have found a way to break through.

What is a custom app development?

Custom-made apps have the advantage of suiting the’ exact needs of a business. They can provide a better presentation of products, e.g. through 3D interactive models, or take advantage of GPS data to offer better recommendations. They are built with security in mind, which means it’s safe to process company data through them, making these tailored apps fantastic tools for employees in the field.

They can be used on premises, too, to make processes like packaging and distribution more efficient. There’s an infinite number of possible uses for custom mobile applications, and all of them good for business. It’s no wonder so many companies are using this opportunity to gain competitive advantage.

Find answers to some of the most important business questions: