React Native: an open source JavaScript code library developed and maintained by Facebook and Instagram (plus a thriving development community), which allows developers to build mobile apps using only JavaScript. It has been around for a couple of years already.

What’s so great about React Native is that it helps developers reuse code across different operating systems – namely iOS and Android. This means that engineers don’t have to build the same app twice from scratch – something that many startups and businesses have struggled with in the past. Now, instead of having to hire engineers for both iOS and Android, with React Native, just one developer can write across both mobile operating systems. No wonder React Native is proving so popular.

Want to learn more about React Native? Of course you do. But where to start?

We’ve compiled a list of 9 React Native books that anyone wanting to educate themselves about the technology should have on their bookshelf. The following React Native books have all been published within the past 18 months, meaning that these are the most up-to-date print publications you can get your hands on.

In this list, you’ll find great React Native books you can turn to no matter if you’re a complete beginner, an advanced coder, or a dev who’s just intrigued to learn more about the React Native technology.

9 React Native Books that You Should Have On Your Bookshelf

The book is perfect for the beginner’s bookshelf, and indeed one of the best books for learning React Native out there. Learning React Native is a real hands-on guide, with author Bonnie Eisenman walking you through how to build mobile applications with step-by-step instructions and plenty of code examples to set you off on the right track. From cover to cover, readers are given in-depth tutorials for how to build a number of React Native apps, how to use mobile components, what debugging tools to use, and how to deploy apps to both the iOS and Google Play app stores. Pretty much everything you need to know to get going with React Native. 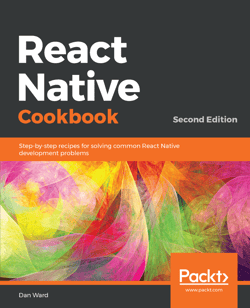 What’s the best recipe for building rich and engaging user experiences in React Native? Author Dan Ward has the answer in his 592-page tome React Native Cookbook - Second Edition. Another great Reactive Native book for beginners, this publication, however, takes you beyond the basics towards some more advanced components of the technology. From building rich user interfaces to exploring various strategies for working with data, and from engineering universal apps to deploying successfully across multiple platforms, this book is for those looking to leverage their JavaScript skills and build fast and beautiful cross-platform native mobile applications. Tasty. 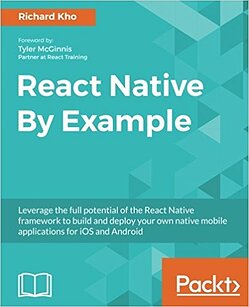 Another great book on React Native, Richard Kho’s React Native by Example takes developers through three complete projects, each increasing in complexity and finesse. First, you will be walked through the process of putting together a simple to-do app. Second, you will learn how to create a chat client with Websockets. Third, you’ll build a Twitter client using many of the framework’s components. To round things off, Kho finally helps you to get to grips with deployment. A great React Native book for those at the intermediate React Native development level. 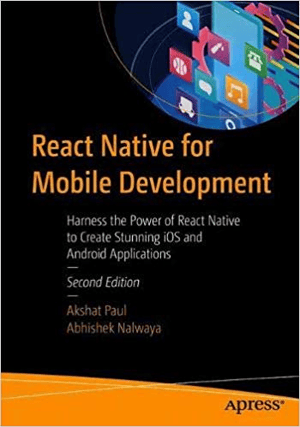 React Native for Mobile Development is the second edition of React Native for iOS Development book.  It has been fully updated to include ECMAScript 7, the latest version of React Native and Redux, and also development on Android. Through an exploration of the anatomy of React Native apps, the book details the differences between Redux and Flux, and how you can use the former to solve data management more efficiently when working on your React Native projects. Taking a true example-driven approach that leaves you with a full up-and-running app at the end of each chapter, Paul and Nalwaya’s text will get you applying new skills as you learn them, and that’s a great approach to take. 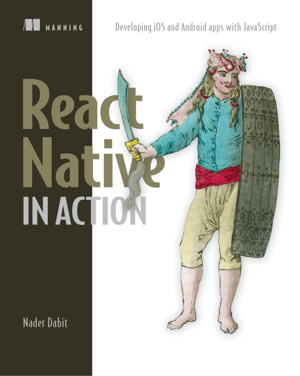 The first chapter – ‘Getting Started with React Native’ – serves as a brilliant introduction to the technology for beginners. Chapter 2 covers not only the basics of React but also more advanced topics such as navigation, animations, and Redux. In Part 3, we’re taken through styling cross-platform components, APIs, and some iOS and Android specifics. In Part 4, we are bringing all the knowledge together and building a fun project. A great book to learn React Native for beginner-to-intermediate web, Android, and iOS developers. 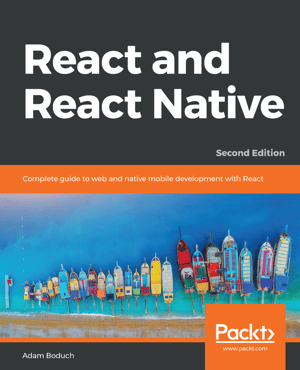 Taking you through both React and React Native, this book by Adam Boduch is great for those who want to gain a better understanding of the original technology, and then take what they’ve learned through to the building of native UIs using React Native. You’ll learn how to build streamlined and responsive apps in a mobile environment, and also how to access device-specific APIs and handle offline development. React and React Native is the perfect book if you’re determined to build React applications that run on every major platform. In this sense, it is one of the more advanced React Native books on this list. 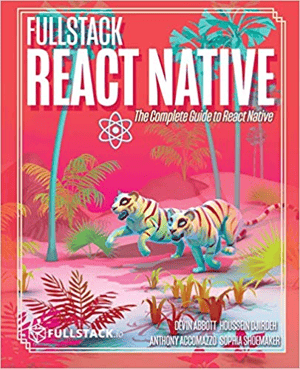 Throughout the book you will build 4 different apps, starting from a weather app, time tracker, messaging app, and finally building Instagram clone. The book consists of 10 chapters filled with many code examples and tips for developing great apps both on iOS and Android. The creators of Fullstack React Native promise that book will be updated constantly, same as their previous books about Angular and React.

As the author is claiming, the book will give you “solid foundation of practical knowledge”, which is later used to build full projects and sliding puzzle game. You will learn not only Expo, React Navigation, and Redux, but also server-side technologies such as Node.JS and Socket.io. The author assumes some HTML, CSS, and JavaScript knowledge, but with React Native you can start from the ground up and develop your skills with more and more advanced projects.

This is React Native book which focuses on building fun projects such as car booking app, image sharing app, and messaging app. When building them, you will learn React Native with more advanced concepts like using native mobile features, connecting with external APIs, and using state management libraries such as Redux or Mobx. At the end, you will build a game, which shows how to optimize the project and how to use good practices.

Have We Missed Any?

Know of any other great React Native books that have slipped under our radar? Let us know in the comments below. Happy reading! 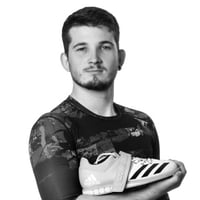