What Is the React.js Framework? When and Why Should I Use React.js in My Project?

For building web and mobile apps, React.js has it all.

It's fast, secure, and scalable. It provides a fantastic user and developer experience. What's more, its popularity is growing as it's supported by Facebook and a vibrant community. If you are wondering which technology to choose for your project, React.js is probably the best choice. Here's a short guide that will explain why.

React.js is a dominating frontend JavaScript technology, and it's getting more and more popular.

Over the last few years, the number of React.js package downloads with NPM vs. the other two popular frameworks - Angular/Core and Vue - has accelerated significantly. Technology use spreads with power laws and it looks like React.js is taking over its category.

What is the React.js framework?

In short, it's a tool to build UIs - a JavaScript library for building user interfaces. Some software engineers prefer not to call it a "framework" since it gives the developers much more freedom than Angular or Vue.

Just like Angular is supported by Google, React.js is maintained by Facebook and a community of developers. Both are open source and free to use under the MIT license. React.js is only six years old, which makes it a relatively new technology. However, it's matured very quickly.

With JavaScript, you can build dynamic applications where the browser performs a substantial part of functions, so they can work without contacting the server. It also allows the data and interface to be updated independently in just a part of an app (without reloading it).

What does precisely React.js do?

React is a tool to build both UI components and whole UIs – everything that concerns putting together visual elements, binding data to those elements, and specifying the logic governing it.

React.js can be used to create user interfaces in JavaScript for different platforms. You can use ReactDOM for web applications, React Native for mobile app development (sharing the majority of code between Android and iOS), and cross-platform hybrid desktop applications with Electron.

React.js is a frontend technology, but it can also be executed on the backend (server-rendered) and used for desktop apps.

The difference between JavaScript solutions (such as React.js) and older technologies is that JS takes over much more of the logic and document manipulation, just as if it was not server-rendered at all.

The main feature of React.js that distinguishes it from other popular JavaScript frameworks is flexibility. You can grab a library and use it to display a simple page or a view, but you can also combine React.js with other tools and use it as a framework that will lay the foundation for a complex application.

It's more than just a library as it has a vibrant ecosystem that consists of tools, libraries, and approaches. These can be used as a custom framework and toolset.

The difference between React.js and React Native

React Native has recently become an even more popular buzzword in business circles. That is because Facebook actively promotes it as the best tool for cross-platform mobile app development.

React Native uses UI elements written in React.js that can generate native iOS and Android interface components, such as buttons and animations.

With React Native you can build applications that work smoothly on iPhone and Samsung or Huawei smartphones sharing the vast majority of the code between the two platforms.

Three key terms you need to know about React.js

There are not many of them, but understanding these basic expressions will help you get a grasp of what it's about.

What can I build in React.js?

It's made with React.js. In 2012, Facebook Ads became challenging to manage as the social network's web application was larger and included more components.

Mark Zuckerberg stated that relying on HTML5 was one of the biggest mistakes of their organization, promising at the same time to the users (and investors) that Facebook will deliver great mobile experiences soon.

At the same time, the corporation acquired Instagram. In May 2013, React.js was officially launched.

Since then React.js is taking over. New products are being made using it and some of the biggest and most successful digital products are incorporating React.js into their stack. This includes the world’s most renowned applications, such as:

You can find the complete list of popular digital products using React.js here.

The Netguru team have also built plenty of great products using React.js - Newst, Moonfare and many more, including solutions for Solaris Bank, a Berlin-based fintech.

Facebook created React for their own purposes; most of their web and mobile apps are written using React. At the moment, the social network is in the process of rebuilding the whole platform with React, GraphQL, and Relay.

What are React.js’s superpowers and what it means in practice

Here are the five most impressive React.js features chosen by the Netguru team.

Talented developers want to use React.js

There must be a reason for React.js to be so popular among developers. It's the most loved and the most wanted web framework according to the Stack Overflow Developer Survey 2019, with 74.5% of developers working with React.js declaring they would like to continue doing so and 21.5% software engineers who don't know React.js stating that they would like to learn it.

All the superpowers mentioned above translate to significant business advantages of the React.js framework. Facebook backs the technology, it's increasingly popular, and young talented developers from all over the world are willing to learn it.

The large talent pool and bright perspectives are fundamental characteristics from the business point of view. Many successful digital projects were forced to rewrite their code into newer technologies, including Facebook.

You can build web applications and hybrid mobile apps, fast, with React.js. It's perfect for the modern agile, iterative software design and development approach. With React.js, you can launch an MVP very quickly without sacrificing any of the look and feel nor UX.

Thanks to its modularity, React.js scales up easily. You can bootstrap a product with minimal resources, as well as develop a sizeable single-page application, such as Facebook.

Thanks to the availability and diversity of tooling and companion libraries that are appropriate for different use cases, it's possible to use React to build software from small, lightweight websites, through medium-size portals and apps, to large enterprise-scale systems.

You use apply React.js in any frontend web or mobile application. Here are some scenarios it suits perfectly.

All these situations create a perfect storm for React.js usage.

Actually, it's more challenging to name scenarios where React.js is not the right choice. For example, if you are planning to build a simple create, read, update, and delete (CRUD) application, React.js may be overkill.

The same may be true in the case of a simple one-off webpage. However, if your CRUD functions are just a first step for future development, you may consider this technology.

It works today and it will work better tomorrow

Many companies migrate to React.js or start new projects using it. At the same time, both junior and senior developers are learning the framework.

Facebook and other React.js users invest in keeping it scalable and secure. These goals are relatively easy to achieve thanks to the minimalism of React.js.

The more companies and individuals use React.js, the more flexible, scalable, and safe it gets, since all the community works together to improve the technology.

It gets more accessible, more universal, and simpler to use.

React.js a flexible tool that has many use cases already. It can be implemented in almost any project that requires a frontend with at least some level of complexity.

The JavaScript library can be used in startups to quickly release an MVP and grow the product later. React.js proves to be useful for enterprises, where it is used to implement new features quickly.

React.js is a technology loved by developers, entrepreneurs, and corporate product owners. It's difficult to make predictions about digital technology when the progress is so fast and a new tech revolution is lurking behind every corner.

However, since so many organizations are embracing React.js and so many talented engineers are using and learning to use React.js, it's more likely that, at least in the next few years, we will be surprised by a new reusable component that makes creating React apps even easier than by the technology going out of use. 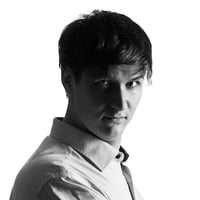 READ ALSO FROM Web Development
Read also
7 benefits of Angular you should know if you want to build a digital product
Using Cypress and Screener to Automate Testing for Keller Covered
How to Ensure Your App Security? And Why You Should Care?
Need a successful project?
Estimate project or contact us
Menu
Technology
Services